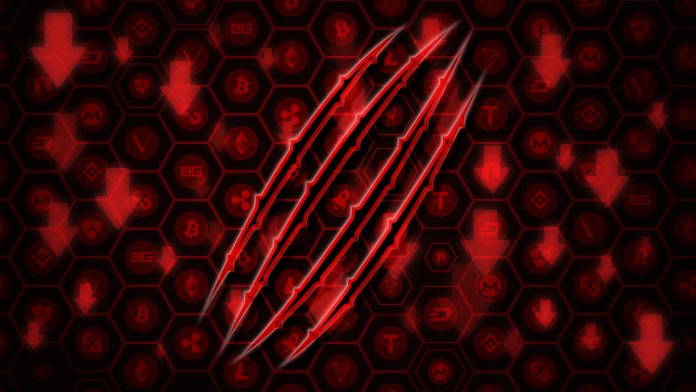 With the New Year almost upon us, the cryptocurrency market doesn’t look all that exciting. The global market cap dropped around $16 billion in the past 24 hours from $146 billion to the current cap of $130 billion. The good news is, while most cryptocurrencies are in the red, the price drops aren’t significant.

Bitcoin, XRP, and Ethereum are down roughly 1-2% which isn’t something to be concerned about. Bitcoin Cash is also taking a bit of a beating dropping almost 4% in the past 24 hours. Overall while the current trend is slightly bearish, that can be attributed to the weekend. With roughly 24 hours left for 2018, we can only hope that some bullish momentum will materialize – however at this point don’t count on it.

This would be a good time to look at some of the crazy predictions that were said in 2018. Tom Lee predicted a $25,000 then later a $15,000 Bitcoin by end of the year. Mike Novogratz predicted a $40,000 Bitcoin. At this point, chances that either of those predictions hold true for 2018 are slim to none.

John McAfee went as far as to predict $1 million Bitcoin by 2020 and if he is wrong he claims that he will “eat his dick”.

Speaking of price predictions. It is worth mentioning that Joseph Lubin, Co-Founder of Ethereum predicted the crypto bottom for 2018 on December 21st. We can only hope that the market doesn’t drop below that bottom in 2019.

I am calling the cryptobottom of 2018. This bottom is marked by an epic amount of fear, uncertainty, and doubt from our friends in the 4th and crypto-5th estates.

When will this bear market stop?

It is safe to say crypto has been in a bear market all of 2018. In order to speculate on when will the bear market end we need to try and understand what caused it in the first place. Some will say it’s just the cycles of the market, but there is more.

What caused the crypto craze in December of 2017? Personally, I believe it was the ICO boom. When people realized that they can invest in an ICO and make profit, everybody hopped on the bandwagon. I remember the Status ICO raised over $100 million in under 3 hours! People were buying each and every ICO out there in hopes of making a profit.

This hype also opened up the floodgates for scam ICOs. They would simple raise money, dump the token on an exchange and disappear, sometimes leaving behind a penis. The scams caused investors to lose confidence in cryptocurrency and people stopped investing in ICOs. As less and less money flowed into crypto, the market cap decreased and ended up losing over $650 billion throughout 2018.

Nowadays, investors are much more wary regarding ICOs, and a new trend is emerging called Security Token Offerings or STOs. These are much more regulated and legitimate compared to traditional ERC20 ICOs. As confidence in cryptocurrency builds again, the market will recover and we may see more bullish momentum ahead. The question is when will that happen? I do believe that 2019 can be a fresh start for the market and we may see the 2018 bear market finally come to an end. I mean, at this point cryptocurrencies are down almost 90% since all time high, even if they dropped another 50% that would be irrelevant to those that bought at the top.

One point I would like to mention is how ICOs are just a single use case for cryptocurrency. There are plenty of other use cases other than being a vehicle for investment, one being killer apps. What I mean by that is applications that utilize blockchain technology and cryptocurrency in order to achieve something apps with centraliszed databases can’t do. Some such killer apps are: SONM / GOLEM (supercomputers), Brave Browser, Zombie Battleground (video game), CryptoKitties, and much much more. Killer apps will bring thousands of users to cryptocurrency which will increase adoption. I believe 2019 will be the year of crypto killer apps and we can see some real revolutionary apps.

Do you have high hopes for 2019? Let me know what use case will bring cryptocurrency to the mainstream.