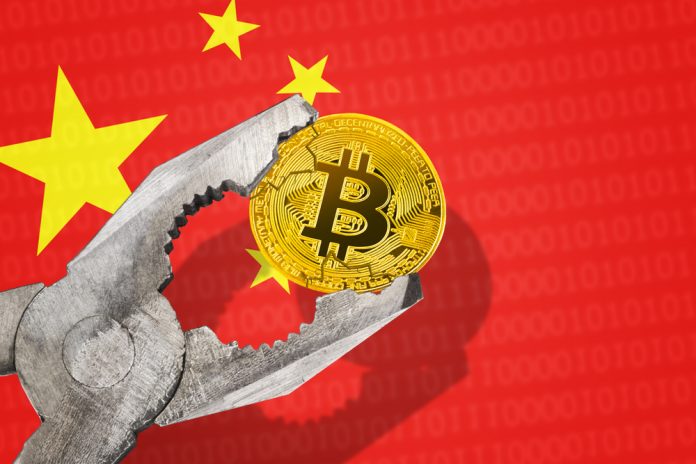 In an ongoing onslaught on the once-booming Chinese cryptocurrency industry, China’s Guangzhou Development District government has prohibited all physical venues from hosting digital currency-related promotions or events. Guangzhou Development District, which is one of China’s special economic zones, reportedly issued a circular to all local business on August 24 outlawing them from hosting any crypto-related activities. The new ban is meant to help “maintain the security and stability of the financial system,” the circular read.

The move by the Guangzhou financial watchdogs comes after a similar ban was imposed upon local businesses in Beijing’s Chaoyang district two weeks ago. As reported by local media, the ban forbids all public venues in the region — including hotels, offices, business centers and malls – from hosting any form of crypto-related activities.

Among the whys and wherefores given by the Beijing Chaoyang district financial bureau to justify the new ban is the protection of public property rights, prevention of money laundering and the upholding of the security and stability of the financial system.

China’s has this month deepened its crackdown on cryptocurrency space, targeting online platforms and communication channels through which Chinese crypto-enthusiasts can gain exposure to crypto trading and ICOs.

On Aug. 21, the China National Fintech Risk Rectification Office initiated a move to restrict 124 overseas cryptocurrency exchanges from offering trading services to local crypto investors. Additionally, the watchdog also announced that it plans on setting up measures to monitor the crypto space as well as block internet access to these trading platforms.

At around the same time, WeChat, China’s top social media platform and payment app permanently blocked a dozen blockchain and crypto related accounts that were alleged of publishing material related to crypto trading and ICOs.  The reason given by WeChat to justify its actions was that these users flouted the new rules. WeChat follows in the footsteps of Baidu, the Chinese multinational technology company which shut down two of their famous cryptocurrency related chat forums.  Citing a similar reason to that offered by WeChat, Baidu sent a notice to their users   that the move comes “in accordance with relevant laws, regulations, and policies.”

In a bulletin released by multiple Chinese financial regulators on Friday, the regulators issued a blunt caution about unlawful fundraising efforts claiming affiliation with the cryptocurrency space. The bulletin, inked by the People’s Bank of China (PBoC), the Banking Regulatory Commission and the Ministry of Public Security issued a risk alert against “illegal” ICOs.

While the Guangzhou Development District financial bureau strives to crack down further on the trading of cryptos, the government of Guangdong province, in which the city is located, is taking a divergent stance.  In mid-August, Guangdong province government published a circular that foisted county and municipal level administrations to initiate the process of rolling out policies to support blockchain companies and hasten the adoption of systems based on this nascent technology. The text urges the crypto enthusiasts to be “lucid” about blockchain-related information.

OKEx and Huobi, formerly two of the leading digital currency exchanges in China prior to the Chinese government ban on crypto trading, relocated immediately after the ban on digital currency trading was imposed in late 2017 to Hong Kong.

The two cryptocurrency exchanges have continued to flourish over the past several months. OKEx is presently the second largest crypto exchange in the world by 24-hour trading volume, seeing about $916 million in trades on the day to press time, with Huobi ranking third and processing about $679 million in trades.