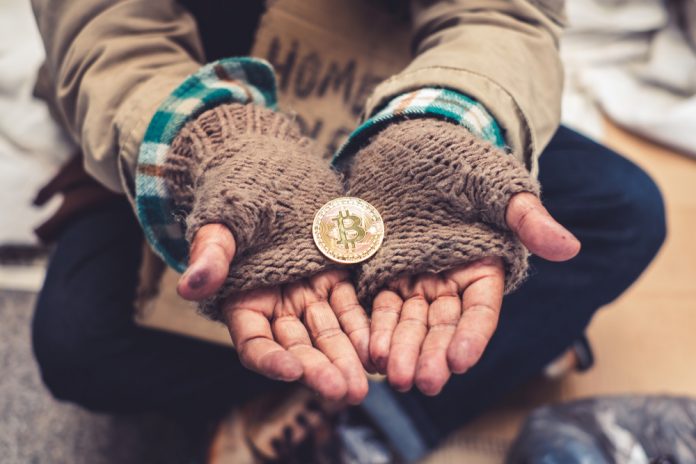 Between investment portfolios, asset management, and regular conversations about HODLing, there isn’t much talk of charitable deeds. Cryptocurrency has been tarnished with many brushes, from criminal use to tax evasion and selfish personal gain. But it doesn’t have to be that way. Cryptocurrency can have a strong philanthropic impact as well. At the very least, donors giving in Bitcoin can slate it as a tax write-off.

In today’s competitive climate, charities don’t have it easy. With 1.5 million registered nonprofits in the United States alone, they have to fight tooth and nail to be heard. They come up against donor apathy, marketing and operational costs, and each other, in the battle for people’s hearts – and wallets. For a charity to survive in this cutthroat world, they need as many ways to appeal to donors as possible.

Online donations are rising in popularity, particularly among millennial donors. And since millennials also make up the majority of crypto users, it makes sense for charities to accept Bitcoin and other cryptocurrency donations. This will help them appeal to a modern, tech-savvy donor for which social responsibility is a native trait.

There are several blockchain companies making strides in this space to bridge the gap between nonprofits and donors, allowing users to offset some of their investment gains by contributing to philanthropic ventures. And with so much potential wealth to go around, this number will hopefully rise. For now, here are the top three blockchain companies for those who want to give something back.

BitGive was founded in 2013 and is the first Bitcoin nonprofit to appear in the space. The idea behind BitGive is to give charities of all sizes an easier way to receive Bitcoin donations. Already establishing key partnerships with well-known charities and nonprofits, including Save the Children and The Water Project, BitGive is also working to allow the smaller players to get attention.

Through their donation platform, nonprofits can receive the funds they need to finance their work. And BitGive can supply donors with a highly-demanded ingredient – accountability.

Millennials often hold back from giving because they are skeptical of charities and how their money is spent. BitGive allows charities to share financial information and updates on project results and funds spent in real time.

New to the blockchain space, AidCoin is taking a different approach by launching their own cryptocurrency. The premise is the same: allowing donors to unite with charities through the blockchain, and to do so with transparency and accountability. However, there are a few notable differences.

AidCoin is based on the Ethereum blockchain, and donors must purchase the AidCoin token in order to give. Beyond the established names in the space, AidCoin is aimed at uniting small and niche causes with potential donors to help them raise awareness. It makes simple, anonymous online donations easy with every cent traced and accounted for.

The startup is currently building a payment gateway which will enable charities and nonprofits to accept donations in the form of various cryptocurrencies through their own websites. They will then be instantly converted into AidCoin so that charities can administer all donations from one single wallet.

Commit Good is a reward-based, charitable marketplace, fundraising platform, and philanthropic ecosystem built on blockchain technology. This project recently announced its “Currency of Good” campaign, which will award a $10,000 grant each month to the charitable organization that receives the most votes from Commit Good platform users.

In partnership with Financial Trading Group (FTG), the Currency of Good Campaign allows a charitable organization to post projects that are currently underway on the Commit Good Platform. Once on the platform, charitable organizations can request items that are needed to complete their projects. As projects are completed, the Commit Good user base votes on the most impactful project in a given month. The project with the most votes is awarded the grant.

Some of the listed charities include Habitat for Humanity, Catholic Charities, Ronald McDonald House, and Feed the Children. But the database is large and global, aiming to shine a light on smaller charities that often struggle to stay afloat.

With more than 3 billion people living in poverty, there’s a lot of work to be done. Through transparent platforms using blockchain tech and allowing for cryptocurrency donations, we can start to make an impact.