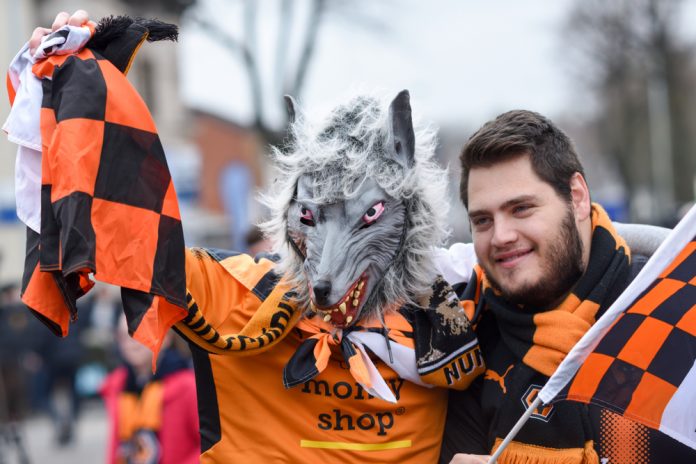 Cryptocurrency continues to struggle when it comes to making a mainstream impact. No real exposure exists outside of the crypto world. That situation will soon come to change thanks to a new sponsorship between CoinDeal and the Premier League’s Wolverhampton Wanderers. CoinDeal will become the team’s first official sleeve sponsor since returning to the highest division.

It is rather uncommon for cryptocurrency or related firms to get involved with sports. The only notable event to date has been the Bitcoin Bowl, which was never the success so many people had hoped it would be. There has also been an initiative by Dogecoin to sponsor a NASCAR driver, as well as the Jamaican bobsled team. Most of those partnerships have been one-off deals, and failed to make any lasting impact.

Whether or not CoinDeal will fare any better in this regard remains to be determined. The company has taken a very different approach to advertising in the sports industry. This UK-based cryptocurrency and blockchain firm is now the official sleeve sponsor of the Wolverhampton Wanderers. This soccer team is returning to England’s highest division next season, which means millions of people will be exposed to the CoinDeal logo in the coming nine to ten months.

Additionally, CoinDeal advertisements will be visible around Molineux Stadium. LED advertising boards will display the company’s name front and center. The company’s logo will also be displayed on the first team’s dugout, which should make it easy for the cameras to pick up. Having a Premier League team partner with a cryptocurrency firm is rather unusual, although it is a welcome development for the industry as a whole.

We are absolutely thrilled to partner with CoinDeal at such an exciting time in Wolves’ history, and very pleased to announce our first-ever shirt sleeve sponsor. Once more, a partner has agreed to tweaking the color of their logo to complement our kit, which is a huge gesture of goodwill towards the club and its fans, and something we are very grateful for.”

Considering that CoinDeal was only founded in March of 2018, this news comes as a rather big surprise. The cryptocurrency exchange platform offers access to nearly two dozen cryptocurrencies as well as EUR and USD pairs. Although it doesn’t generate a lot of volume compared to some bigger platforms, the firm is capable of sponsoring a major Premier League team. No other exchange has ever shown an interest in doing so, although that may change in the future.

The big question is whether and how this partnership will affect the cryptocurrency industry. Exposing more people to the concept of cryptocurrency is the first step toward mainstream adoption. Soccer marketing can have a big impact in this regard, although it remains to be seen if the effort will pay off in the long run. For CoinDeal, it seems to be a smart business decision, as they stand to gain a lot more exposure regardless.