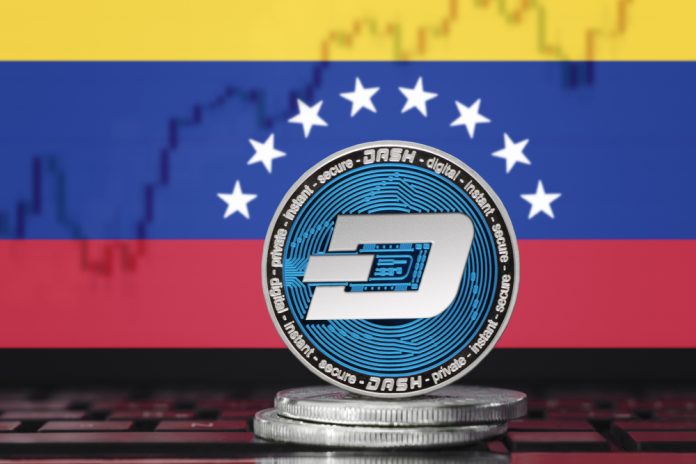 Venezuela is a country which makes a lot of headlines, though not for the right reasons. Cryptocurrency has slowly begun making an impact in this country, even though it remains to be seen how successful all of these efforts will be. For the Dash team, Venezuela will remain an important location for the foreseeable future.

Various cryptocurrencies are worth keeping tabs on at this time. Other than Bitcoin and Ethereum, there are several key projects which are all contributing to bridging the gap between traditional finance and virtual currencies. Dash, for example, is focusing a lot of its attention on Venezuela as of right now. Given the country’s unstable financial situation, it is only natural that new forms of money would quickly find a market.

Even so, the going has been rather tough for Dash in this part of the world. Despite setting up the Dash Venezuela project, making a meaningful impact has been challenging. The Venezuela “branch” has now successfully crowdfunded the 9th Domestic Dash Conference and the 7th Dash City. Both of these developments show that Dash is making inroads in this country, though not necessarily on a large scale.

A while ago, the Dash team announced its plan to host a total of 12 conferences in Venezuela. At the time, that was considered to be a major milestone if it could be pulled off successfully. Such a venture is not without its own set of challenges, as Venezuela is a very peculiar country when it comes to international “financial interference”.

Several months later, and it seems the momentum is still in favor of Dash. Turning Venezuela into a so-called “Dash nation” will not be easy, even though several cities across the country have embraced this altcoin to a certain extent. There is also a strong interest in Dash among people who are interested in cryptocurrency. Even so, relative to the entire population, Dash is a very tiny niche market.

Nevertheless, there is no point in giving up on the original plan as long as there is enough funding to keep the momentum going. Although it is the first conference not paid for by the Dash Treasury itself – mainly due to the massive Dash price decline over the past few months – putting the funds together has not posed any major problems. Most of the contributions have come from the Dash community, although it remains to be seen if the same will be true for the final three conferences.

All of this further shows that the mainstream appeal of cryptocurrency is nowhere near where it should be at this point. Despite clear advantages and benefits, cryptocurrencies struggle to get beyond the concept of being a store of value or speculative investment vehicle. Whether or not breaking this vicious cycle is even remotely possible at this stage in time is a question which has proved very difficult to answer.