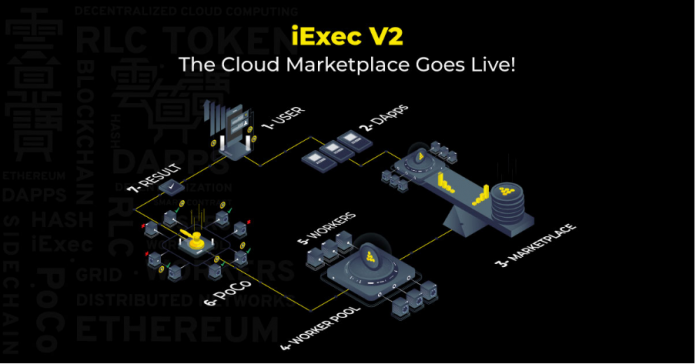 France based project iExec has recently announced the release of its revolutionary platform.

A pioneer in cloud computing, iExec’s platform will allow users to freely trade computing power as a commodity. Users with powerful hardware will be able to make a profit when this hardware would normally idle, and buyers can purchase computing power for complex applications on demand.

Some of the top cloud providers like TFCloud, Stimergy, Cloud&Heat, and Nerdalize have already announced participation in this groundbreaking marketplace.

On demand computing power opens up a range of opportunities for many different applications. App developers could purchase computing power to fuel their apps. Scientists on small budgets could essentially “rent” computers to work on mathematical algorithms if they have no access to their own hardware

iExec not only makes this easy, but easily scalable. Supporting more traffic or more computing intensive algorithms is as simple as moving over a slider or purchasing more computing power. This allows purchasers to be efficient with their money, and not have too much costly overhead.  If need for computing dips down, users can just as easily scale back. iExec provides a flexibility in computing power never before provided. ‘

The marketplace works very similarly to a cryptocurrency exchange, with users putting in “work orders”. The work orders set their own prices and are based on certain pre-selected categories. Cloud providers place sell orders, or rates at which they are willing to execute.

Compensation is made and provided through the native RLC token, with money going straight to the designated recipient as iExec charges no fees.

Blockchain technology also verifies every transaction conducted, certifying and auditing every purchase or sell with the proof-of-contribution algorithm. The algorithm also verifies off-chain computations, keeping buyers and sellers safe even after the sale has been conducted.

PoCo is a newly developed consensus algorithm, which helps maintain trust in a decentralized environment.

As iExec will continue developing the platform, the cloud computing marketplace has also branched out in terms of partnerships and appearances.

iExec recently was present at Blockshow Europe in Berlin, where they discussed the technology that powers this marketplace. Some of the technologies discussed include public and private worker pools, a new “pay-per-task” pricing model which lets providers pool resources despite offering specialized services, and the mentioned proof of contribution algorithm.

iExec is also working on cybersecurity research, with first results alongside Intel were presented this year at Consensus in NYC. Ubisoft has taken the platform under its wing, and is currently being accelerated at Station F in Paris, the world’s largest startup campus.

To learn more about iExec, visit their website. For in depth operation about the platform and other details, read their whitepaper available here. For social media, iExec posts updates on Facebook and Twitter.

For longer updates, posts will be made on their official blog. Community members and team members alike are able to discuss the project on Reddit, Slack, and BitcoinTalk. For more technical updates and to examine the code, check out iExec’s Github.