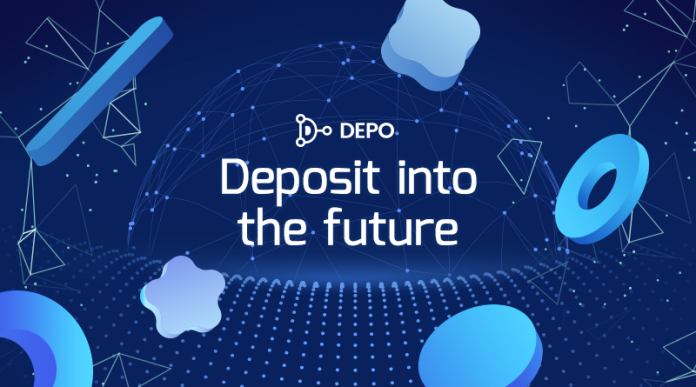 By now we’ve all heard about how blockchain tech is about to revolutionize almost every industry. But let’s be realistic – most industries are actually in no hurry to embrace a technology that’s a bit too revolutionary for them. It could take several more years for us to see a major shift.

There are some industries, however, that are already looking around for profitable ways to implement blockchain and tokenization. Banking comes to mind. We all know about Ripple being a favorite among banks for fast and cheap cross-continental transactions. But there’s another major banking function that seems to be just as ripe for blockchain implementation. And that’s consumer lending.

When applied to traditional loans, blockchain offers numerous advantages like transparency, efficiency, security, and most significantly – the use of cryptocurrency as collateral. The advantage of crypto assets as collateral lies in the unprecedented efficiency they bring into the whole lending process. For any crypto asset approved by the lender, blockchain allows for immediate validation of its authenticity, ownership and worth. This enables anyone to get an almost instant backing for a loan.

Lately, we are seeing the beginning of a trend toward tokenization of non-crypto assets, such as real estate, artworks and even intellectual property rights. If this trend continues to expand exponentially, soon it could become widespread for real world assets to be placed on a token and pledged for a loan. Such a development would indicate that the market potential for crypto loans will expand exponentially into the next decade as well.

Those blockchain companies who are early in this space are poised to take full advantage of a still underdeveloped market with currently very little competition. This is exactly the situation, in which Depository Network [DEPO] comes in. But there are still some established companies that, on the surface, some could consider as competition. The most famous ones are SALT and ETHLend. Let’s take a look at both.

SALT offers USD-based loans backed by Bitcoin and Ethereum. The U.S.-based company launched with an ICO in 2017. SALT uses a centralized peer-to-peer (P2P) model that centrally matches lenders with borrowers. Lenders determine the terms of the contract and the interest rate.

Launched in 2017 as well, ETHLend offers Ethereum (ETH) based-loans backed by ERC-20 tokens. Like SALT, ETHLend has a P2P model, but unlike SALT, it is completely decentralized. Loans are based on smart contracts on the Ethereum network, which allows borrowers and lenders to find (and interact directly) with one another. With ETHLend, borrowers determine the terms and rate, while investors choose which loans to fund.

These P2P approaches allow investors to participate on the lending side of the equation and earn a return. In addition, in the case of ETHLend, decentralization eliminates the dependency on any one company, as contracts are enforced on the blockchain. The main advantage of P2P lending is that it matches borrowers and lenders immediately. These P2P platforms, however, still need to find participants on both sides – lenders and borrowers. Moreover, as they are a marketplace for loans, they are required to comply with all local regulations.

What differentiates Depository Network from both of those companies/platforms is the fact that Depository Network is actually not a lending platform. Rather, it is a depository infrastructure that other P2P lending platforms, banks and credit institutions can utilize. Depository Network is the world’s first fully decentralized multi-platform collateral network that connects traditional lending and blockchain technology. Thanks to a direct and flexible contract communication between lender and borrower, there is no longer need for a middleman. Depository Network’s clients, being already-existing lenders, deal with their own client base and are solely responsible for all terms, conditions and regulations. This also removes the need for Depository Network to do extensive B2C marketing in order to attract both lenders and buyers to its platform.

In a way, Depository Network could be viewed as the natural evolution away from projects like SALT and ETHLend, as it can provide a truly secure, decentralized crypto asset collateral system, upon which hundreds of depository platforms can be built. The company’s sheer scope of vision and possibility is what sets it apart from other, at first glance similar, blockchain projects.

The Depository Network platform will enable all cryptocurrency holders to unlock the value of their digital assets and receive fiat money loan from a certified bank or credit institution. Due to their already mentioned fundamental differences, it appears that companies such as SALT and ETHLend are, in fact, no direct competitors to Depository Network’s operational scope and ambition.

Blockchain and cryptocurrencies are here to stay, no doubt about it. By building and spreading the DEPO multi-platform network globally, a tipping point for mass adoption of using blockchain assets in traditional lending could be well within reach much sooner than we think. And when that mass adoption wave finally hits, those companies who have a first-mover advantage (and their investors/token HODLers) are going to reap the generous rewards for their foresight and patience.