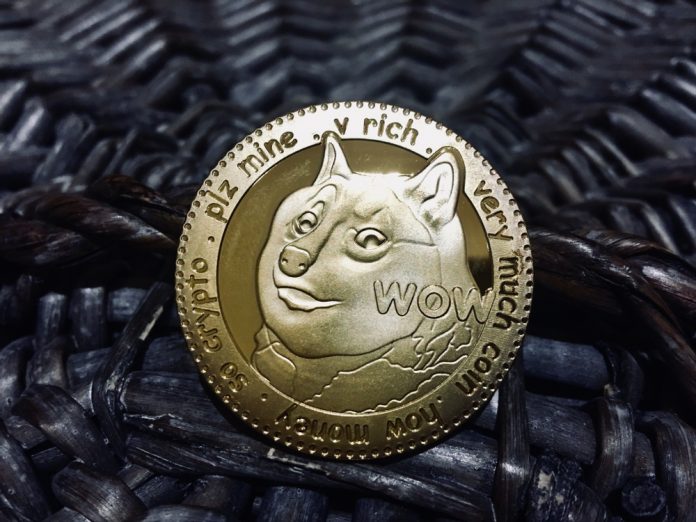 Interesting things continue to happen in the world of Dogecoin. Even though the price is still down, it is only normal this bearish pressure remains in place considering how all other markets suffer from a very similar fate. Some developments in the Dogecoin community are still sparking genuine interest in this particular altcoin.

The Dogecoin Price Remains in a Good Place

Although there is a genuine concern the Dogecoin price would return to much lower levels in the coming days, it seems that negative outlook isn’t necessarily warranted. Instead, the Dogecoin price tries to hold its own in this regard, which seems to be working quite well. A 4.83% decline over the past 24 hours is not great on paper, but it is still rather interesting to keep an eye on regardless.

This decline also pushes the Dogecoin market cap below $700m for the first time in a few days. That is a rather worrisome trend, although overcoming the dip should not prove to be much of a challenge. The upside is how Dogecoin remains stable at 96 Satoshi, indicating the DOGE/BC ratio is not suffering from a massive onslaught as of right now.

The Dogecoin community is always looking for new solutions when it comes to increasing the appeal of this altcoin.  One user reached out to the Exodus wallet team to have them support DOGE in the near future. Although this is a worthwhile effort, it seems the Exodus team has no plans to ingrate Dogecoin at this point in time. That is a bit unfortunate, albeit one has to keep in mind things always remain subject to change in this regard.

Wow there! Such love for the Shibe! Much thanks for the compliment! We have no plans for now to bring DOGE to Exodus but we see it's a good dog, so maybe later? Stay very tuned! ^CG

There is also a very interesting discussion taking place on Reddit right now. User MuchWandering floats the idea of how Dogecoin is the only real coin whereas everything else is a “joke coin”. An interesting alternative outlook of cryptocurrencies, although very few people will agree with the idea. Even so, it shows Dogecoin is a viable project which continues to gain popularity despite not having the market traction of Bitcoin or Ethereum.

It is also interesting to note how valuable Dogecoin really is. For those who own 1 million DOGE, the current market value of these coins lies close to $6,000. Depending on which exchange one decides to use, it is evident that value may be closer to $6,200. That makes 1 million DOGE nearly as valuable as 1 Bitcoin, especially with the DOGE/BTC ratio remaining near 96 Satoshi. An interesting correlation, especially given how easy it is to mine Dogecoin compared to Bitcoin.

As is always the case in the cryptocurrency world, negative market momentum can be turned into a positive fairly quickly. For now, the wait is far from over, as every market remains stuck in this slim for the time being. Solving this problem will not be easy, although it is evident the Dogecoin price will see another rebound sooner rather than later.