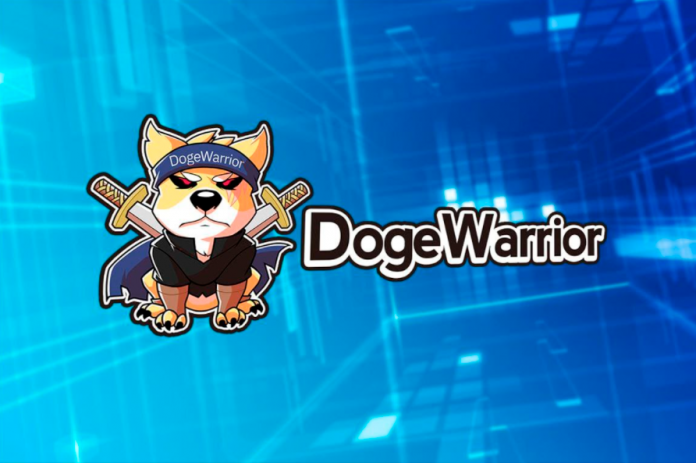 Play-to-earn and NFT battling concepts are taking off in the blockchain gaming industry right now – with projects like Axie Infinity and Cryptoblades taking the industry by storm, generating high token performances and subsequent trading volume. DogeWarrior is a project which is making waves this summer, transporting users right into the heart of the exciting world of NFT-based collecting and combat!

Combining, swapping, and battling your way to the top in amazing tournaments, and experience the thrill of victory as your DogeWarriors come out on top of blockchain-based skirmishes is a reality this summer. DogeWarrior also has its own reputation system that will hinge on user participation in the game. Winning fights will increase one’s reputation and help unlock new card sets and skills to progress further in the game.

During the PvP combat in the arena, reputation levels will determine which fights and opponents one can access to provide a fair matchmaking system for all participants. The only way to rank up one’s reputation is through player-vs-player combat, and with the competition hotting up, the fight is on! DogeWarriors have now announced their Public Sale date beginning 10th August. Could you be the next champion to take it right ot the top?

The DogeWarrior universe would not be complete without a native token to power the DogeWarriors to victory. $DWR, which can be used as a stake in card-based battles against other players or to partake in major tournaments with prize pools for those who are victorious will now be available on August 10th, 2021, and a large crowd is gather to watch the action – the whitelisting process for the $DWR private sale was oversubscribed by 900%. Get your tickets while you can! This fight’s about to go down!

Of the token supply, 5.25% of the total token distribution will be sold during the public presale. Thus, a total of 24.75% of all tokens will be burned on launch to create a deflationary aspect. Additionally, 70% of the token’s liquidity will be locked for an extended period, a practice that has become relatively common among new crypto tokens lately.

The development roadmap has a few crucial milestones for the team to check off, which will not be easy. Development of the platform and DogeWarrior game has yet to commence, and the team aims to onboard new partners to facilitate this process. Further down the list are launching a DEX and mobile app, introducing lending and borrowing and officially launching the crypto gaming aspect.

With the Dx presale just around the corner, will you be ready for battle?