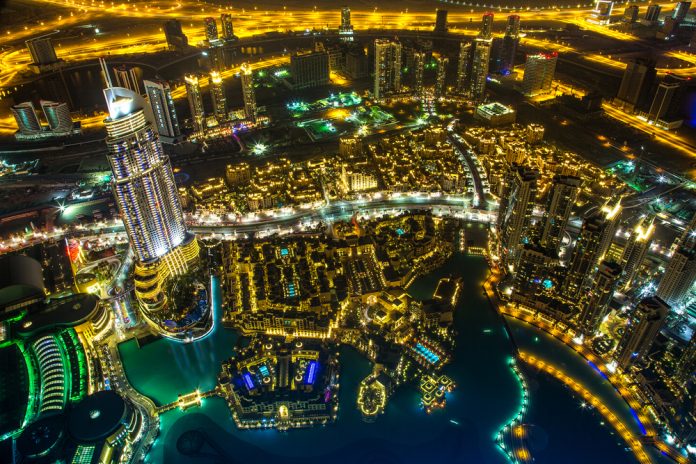 The city of Dubai is globally renowned for its residents’ luxurious lifestyle. The ultramodern architecture, mega shopping malls, and lively nightlife are just a few of the things that make it stand out. Even the cops in Dubai live in luxury, with their fleet of squad cars consisting of Bentleys, McLarens, and Lamborghinis. However, the city is also taking a huge step forward as a technology hub, with initiatives such as Smart Dubai thrusting the city ahead of its peers. And now, Dubai is exploring blockchain technology in its vibrant trade finance industry. The city is working with Global Blockchain (GB), an investment company that delivers its clients access to assets in the blockchain space. As the company’s CFO revealed to NullTX, this ambitious project aims to fully revolutionize the way business is done in Dubai.

Enterprise Blockchain Is Like the Internet in the 90s

Dubai has become a financial hub for the Middle East, with most of the trade happening in the region going through the city. Its ports are the ninth-busiest in the world, with the Jebel Ali port being the largest in the region. With a high volume of goods passing through the city, the trade finance industry is thriving. Despite the city’s advancements in tech, the trade finance process has remained tedious and costly, noted Theo van der Linde, GB’s CFO. Speaking exclusively to NullTX, van der Linde cited the many benefits that the blockchain solution will bring about for the city.

With the security of blockchain technology, parts of the administrative process such as invoices and import permits can be done on-chain, significantly reducing the amount of steps and time taken to complete a commodity order and shipment. Further, with full traceability of funds, lenders can then be assured that their capital is being used for its intended purpose. With trimmed-down administrative processes, and a lower risk of misused funds, financing of commodity trades becomes faster, easier, safer, and less expensive – all due to the way we’re going to implement blockchain technology in commodity trade financing in Dubai.

The Vancouver, Canada-based company which trades on the Canadian Stock Exchange will develop the blockchain-based solution for the Dubai Multi Commodities Center (DMCC) through its newly-formed subsidiary, Blockchain Technologies DMCC (BTD). GB has invested in a variety of projects both in the blockchain industry and beyond, including Kodak’s blockchain platform KodakONE, electronics manufacturer Spectra7 Microsystems, and permissioned blockchain platform Galaxycoin.

The UAE government has been very supportive of the blockchain industry, van der Linde stated. Of cryptos, not so much. Initially, cryptos were termed haram (forbidden) by the Islamic community, and while perceptions have gradually improved, the UAE hasn’t quite warmed up to this new asset class.

Enterprise blockchain will take over the business world similar to the internet, van der Linde believes. This is despite reports showing that despite the buzz it’s created, enterprise blockchain hasn’t taken root. This is natural, he believes, as blockchain is currently just a buzzword many companies are playing around with as they try to figure out how best to implement it.

For a lot of companies, “blockchain” is a buzzword that gets people excited, kind of like the word “internet” back in the 1990s. Undeniably, there is a disproportionate amount of hype right now. But between new cryptocurrency coins and tokens, as well as unique actual business applications of blockchain technology in areas to include voting and the supply chain, this is a somewhat routine case of a new technology being narrowly used at first until it has truly “cooled off”, and it starts to get used in the mainstream.

GB is developing an interoperability solution for the blockchain, van der Linde revealed. The platform will be known as Laser, and according to him, “what SWIFT does for banks, that is exactly what Laser will do for blockchains.”

As for where blockchain technology will have the most impact, van der Linde stated:

Right now, it’s looking like banking and government are going to be the most impacted by blockchain technology. These are two industries in which the number one product is trust; the very kind of trust that blockchain enables, but without any third party.