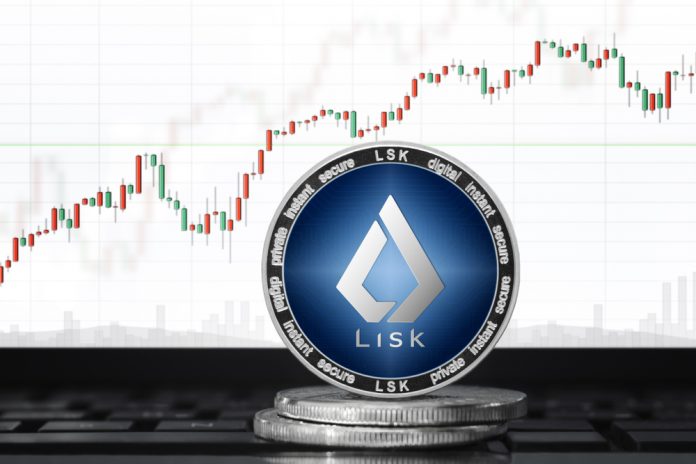 Even though most cryptocurrency speculators only focus on the top 15 coins ranked by market cap, they are not the only ones causing excitement. Lisk, currently ranked 22nd overall, is noting some impressive gains while the top currencies are seemingly on the verge of retracing. Thanks to a small gain, the Lisk price now sits at $4.21 again.

Virtually all cryptocurrencies have seen a rough start to 2018 and Lisk is no exception. It has been a very long and steady drop from the all-time high Lisk price of $37, and the bearish momentum may not be over just yet. However, there is a positive note over the past 24 hours, which may very well signal at better things to come.

Thanks to a solid 5.39% gain, the Lisk price has successfully maintained the $4 level and even increased to $4.21. Although it may dip a bit in the coming hours, there is no indication the Lisk price can’t remain above $4 for the remainder of the day. That will mainly depend on how Bitcoin’s momentum evolves, as that directly affects the Bitcoin Dominance Index and altcoin values.

There is also a notable increase in the LSK/BTC ratio over the past 24 hours. Not necessarily the most impressive gain to take note of, yet it shows the altcoins are trying to rally a bit when the bears allow them to. For Lisk, its ratio increased by 1.99%, which contributes to the overall Lisk price increase in the past day. Looking over the past seven days, LSK is up by over 43%, which is rather impressive.

As one would come to expect from altcoin markets these days, their trading volume is nowhere near what it could or should be. Lisk is no exception, as barely $7.13m worth of LSK has changed hands in the past 24 hours. Even so, that is sufficient volume to push the Lisk price to this new level. It may also be the downfall that triggers a retrace, depending on how the markets evolve.

One worrisome aspect is how YoBit is the leading exchange for LSK volume over the past 24 hours. Although the exchange seems just fine, it shows this may be an attempt at a brief pump-and-dump cycle. Binance comes in second place, followed by HitBTC, Bittrex, and CoinEgg. All exchanges provide a BTC trading market, as there is no fiat currency support to speak of. An interesting list, although not one that will guarantee future Lisk price increases.

Even though Lisk provides some excitement where most other cryptocurrencies are seemingly failing to do so, it may not be all that long-lived in the end. The market has nearly no volume and without fiat currency support, it seems speculators will convert back to Bitcoin if it shows any major signs of rising in value.