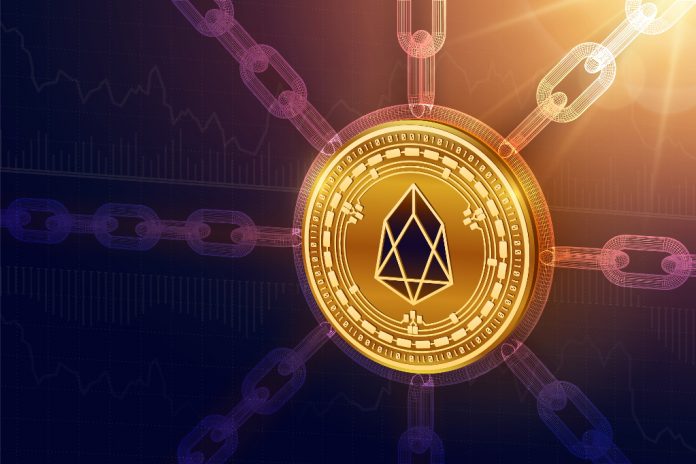 There is still plenty of red across all cryptocurrency charts as of right now. It is a rather worrisome outlook for anyone who expects the markets to recover soon. Although Bitcoin is still slightly in the green, other currencies are not faring so well. The EOS price, for example, still struggles to breach the $5 resistance level.

It is evident the cryptocurrency markets will not see too much positive momentum for the foreseeable future. While it is still difficult to pinpoint the exact reason for this bearish pressure, it is a trend speculators and enthusiasts will need to contend with regardless. The EOS price is a great example of how things can deteriorate fairly quickly. After a bullish run earlier in the year, the altcoin now struggles to maintain a price level of $5.

The past 24 hours have not offered any sort of relief in this regard. Despite the Bitcoin price still remaining in the green, the EOS price is incapable of noting similar momentum as of right now. In fact,  the altcoin has lost another 5.13% over the past 24 hours, which is not a positive turn of events. Because of this decline, the EOS price has dropped below $4.9 once again.

As one would come to expect from such negative momentum, the EOS price struggles for traction against Bitcoin itself. Another 5.37% setback in the EOS/BTC ratio shows the cryptocurrency market will continue to be dominated by Bitcoin. Altcoins will continue to struggle for any real traction for quite some time to come, although things are always subject to change first and foremost.

With the overall cryptocurrency trading volume still on the low side of the spectrum, it seems no real changes will occur for either EOS or other currencies. The overall disinterest in trading Bitcoin or altcoins paints a very worrisome picture, although it remains to be seen when and if things turn around. For EOS, its trading volume holds strong at $459m, although it is not insufficient to make the EOS price go up accordingly.

It is not uncommon to see OKEx generate the most trading volume for EOS as of right now. Its USDT pair is well ahead of Binance’s USDT market. Bitfinex offers the first fiat currency pair in third place. Another USDT market comes courtesy of Huobi, followed by Upbit’s KRW pair. Two fiat currency pairs in the top five seems promising for EOS, although it may not help the altcoin reach $5 later today.

Altcoins have always relied on Bitcoin’s momentum to note any gains or losses. Until Bitcoin goes through an extended bull run again, altcoins will continue to bleed value accordingly. For the EOS price, dipping to $4.5 and potentially lower is not entirely out of the question over the coming days. It will be interesting to see how things evolve in the coming days, albeit things are not looking too great.