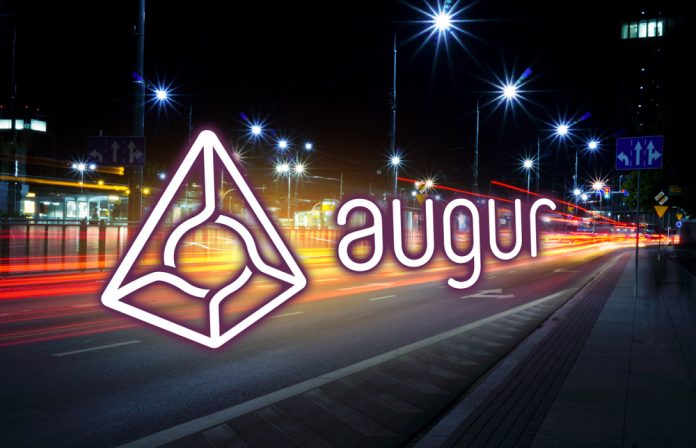 Prediction markets are an interesting example of how blockchain technology can be used to change the world. Although not too many popular platforms exist just yet, Augur has officially launched its main project. So far, it seems there are a lot of bets and predictions in effect already, which further indicates how popular it could be.

Augur Is off to a Good Start

Prediction markets can play a big role in harnessing the wisdom of the crowd. Doing so is easier said than done, although it appears Augur is already off to a good start. Despite the project having officially launched only around a week ago, the platform has already seen an influx of new users.

Statistics provided by Predictions.Global indicate that people are making some interesting bets and predictions already. The most popular “question” involves the Ethereum price and how it will evolve in the coming weeks and months. Most Augur users firmly believe the ETH value will surpass $500 by the end of 2018. Given the current price momentum, that may be a very logical assumption.

Interestingly enough, this particular bet had nearly $215,000 at stake at the time of writing. It is about as sure as a bet will get, even though there are never guarantees in the world of cryptocurrency. Other interesting predictions relate to the Bitcoin price, the 2018 MLB World Series champion, and so forth. Those predictions have a lot less money at stake, which isn’t a real surprise.

Since Augur and other prediction markets are designed to harness the wisdom of the crowd, any question or bet can be posed when users see fit. They can even stake money on the outcome, and those who disagree with them – and turn out to be wrong – will make those users money. It’s an interesting way of gauging people’s interest, although these platforms can help influence real-world events as well.

It remains to be seen how popular Augur will turn out to be when everything is said and done. Over $412,000 is already at stake on the platform, although that may be peanuts compared to unlocking the full potential of this particular platform and business model. People seem to enjoy the concept of voicing their opinion and putting money at stake in the process.

Decentralized prediction markets are a very interesting example of using blockchain technology in a constructive way. Although there is no guarantee any of these platforms will succeed in the long run, there is a good chance that these projects will help shape real-world developments in the coming years. Augur certainly has its role to play in this regard, and the initial response to this platform has been better than most people had expected.