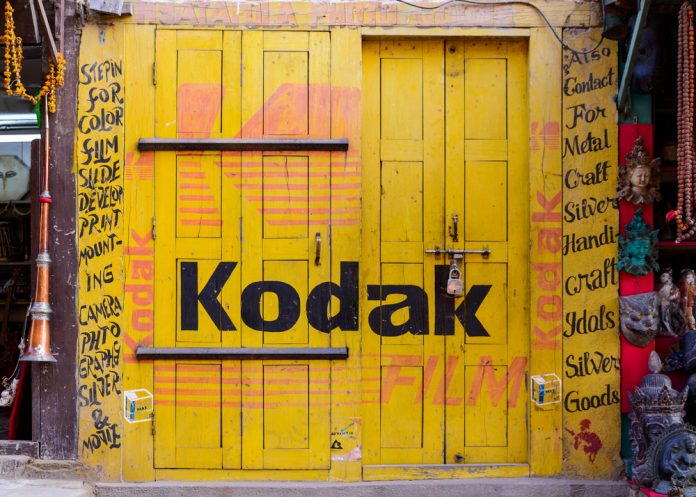 There have always been concerns as to whether or not Kodak was ever interested in the cryptocurrency industry. The corporation was allegedly linked to a new Bitcoin miner, although the company issuing this hardware has confirmed that will not happen. The Kodak KashMiner will never make its way into people’s homes, which is not entirely surprising.

January of 2018 was a very interesting month for the cryptocurrency industry. Although all major cryptocurrencies saw a major influx of fresh capital around that time, a fair few companies hopped on the bandwagon as well. This has led to all sorts of crazy announcements over the past few months, although most of these plans will never come to fruition when everything is said and done.

In the case of Spotlite USA, its Kodak KashMiner is not coming to market after all. Despite showing off a prototype unit at CES 2018, the company has since confirmed the mining unit is not feasible in the long run. Licensing the Kodak brand for its own products was not the smartest idea when it came to this cryptocurrency miner.

The company has faced many allegations that its mining unit was a “scam” from day one. Industry experts are not too amused by so many companies claiming to offer cryptocurrency mining hardware, especially since it is very difficult to actually do so. Attaching major brand names to this hardware is not the best course of action for the industry as a whole. Moreover, the projected profits associated with the KashMiner were simply unrealistic.

According to a BBC report, the Kodak KashMiner was also never officially licensed. That in itself is very problematic, for rather obvious reasons. Spotlite USA had announced a very peculiar business model associated with the miner as well. Users would have to pay an upfront fee, yet they would never own the device in question. Both of these aspects combined made for an unsustainable business model.

Regarding the upfront investment, Spotlite USA had claimed investors would earn it back within 10 months. Considering that mining contracts would be agreed upon for two full years, this would allow investors to earn a lot of money very quickly. Since these returns were all but guaranteed by the parent company, it is only natural that critics would scrutinize the system as a whole.

Moreover, it appears the SEC was also involved in shutting down this venture. The agency prevented Spotlite USA from launching its cryptocurrency mining unit, although no specifics have been provided on that front. For now, it seems the company will continue to run its own mining operation, but it will no longer extend this service to potential customers.