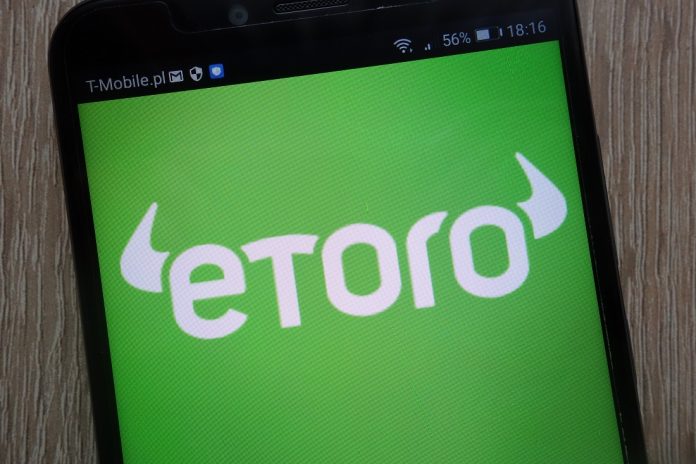 Managing and maintaining a cryptocurrency portfolio requires a lot of effort. There are a few golden rules to keep in mind while doing so. Never relying on emotions is an obvious tip. Not listening to social media and its trends to determine one’s next investment should also be rather logical. eToro, a cryptocurrency service provider, seems to have a completely different opinion in the latter regard.

Any cryptocurrency user who has ever looked on Twitter may have noticed there are thousands of self-professed influencers. These users will gladly tell others which currencies they should invest in at the right time. Following that advice blindly is usually a solid way to sustain severe financial losses. Albeit not all advice is bad on social media, most people have an agenda of sorts and are looking for novice traders who follow their guidelines without asking too many questions.

Despite the negative aspects of following cryptocurrency advice on Twitter, it remains a source of information for a lot of people. A lot of technical analysis charts and details are shared on social media for anyone and everyone to enjoy accordingly. Most users have now learned to look past the posts which are shilling specific currencies. However, it seems companies are only now paying attention to what is going on with this social platform. So much even that they will try to commercialize this data source.

Big was people’s surprise when eToro announced it would launch a brand new service. More specifically, the TheTIE_Longonly CopyPortfolio is a very unique offering in every single way. It offers users an option to invest in various cryptocurrencies in exchange for a minimum buy-in of US$2,000. In exchange for this vast sum of money, users will have their portfolio rebalanced based on how the supported currencies are performing on Twitter. This is made possible thanks to eToro partnering with The TIE, a firm specialized in data analysis and social media activity.

Rather than just taking the Twitter information at face value, there is a method to this madness. An AI system will sift through all of the data accordingly and generate an optimal cryptocurrency portfolio. For the time being, there are only a few cryptocurrencies included, including Dash, EOS, Ethereum Classic,  XRP, and MIOTA. Other currencies that are officially supported include Bitcoin, NEO, Stellar, Litecoin, ZCash, Cardano, Ethereum, and Bitcoin Cash. According to sources close to the matter, the rebalancing will occur every single month. That might be a rather long delay, given how the cryptocurrency industry changes on a nearly hourly basis.

Can it Make Money?

The obvious question is whether or not such a portfolio will effectively make its users money over time. Basing one’s investment of several thousands of dollars on Twitter activity sounds like a sure recipe for disaster. That being said, the combination of social sentiment and artificial intelligence can yield some surprising results over time. Users who decide to try this new offering by eToro may be in for a rough, albeit potentially surprising ride. It is important to make cryptocurrencies more appealing to regular consumers. Ventures like these may pave the way for doing so, in the long run.