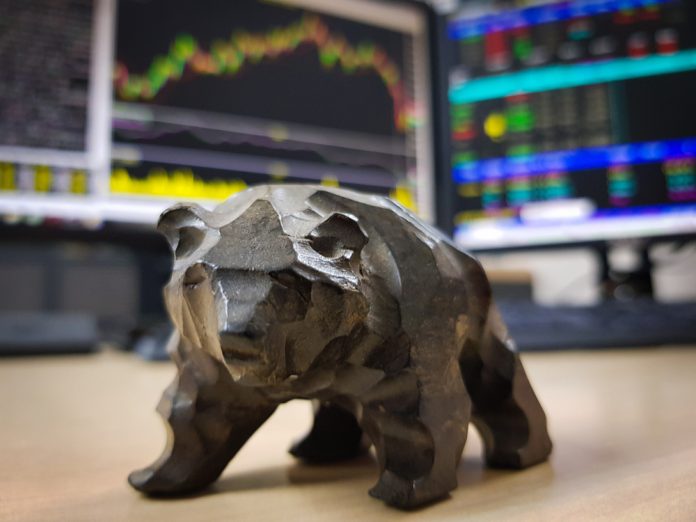 Hope is very difficult to come by in the cryptocurrency industry. All markets suffered massive deficits in the past day and a half, yet it seems this may only be the beginning of more damage. The total market cap dropped to just under $152bn, yet it seems XRP succeeded in holding its own somewhat. In fact, it keeps gaining on Bitcoin and further inches ahead of Ethereum.

Not too many assets can maintain any sort of stability under these market circumstances. XRP is doing so successfully – albeit under a lot of pressure –  primarily because it is not a cryptocurrency itself. It seems the asset is getting a lot of positive attention and can even act as a hedge in this day and age. That is very different from how things looking just a year ago, when XRP was going down together with Bitcoin like a sinking ship.

In the past 24 hours, the XRP price lost 10% in USD value, though it did gain 6% over Bitcoin. It is evident that even for XRP, maintaining the USD value is relatively difficult right now. At the same time, this is far more stable compared to all traditional currencies. It is quite unique, given the current circumstances, as XRP seems to hold its $0.4 support level with relative ease.

This perceived XRP price stability has resulted in some interesting developments across the industry. First of all, the XRP market cap is closing in on representing 25% of Bitcoin’s total valuation. That in itself is pretty spectacular, considering it was just 10% a few days ago. The ongoing onslaught in the BTC department and the stability of XRP can lead to interesting changes. Moreover, XRP keeps separating from Ethereum’s valuation, which now sits well below $15bn.

It is obvious a lot of speculators will now seek to minimize their losses first and foremost. That may prove a lot more difficult than originally assumed, primarily because there is no “bottom” in place as of right now. Matthew doesn’t want speculators to jump on the XRP bandwagon for no good reason, as these people should never give in to peer pressure. Even so, XRP remains the most viable asset to hold outside of stablecoins.

Another interesting discussion is now taking center stage. XRP Has received a lot of scrutiny over its high supply, especially when compared to Bitcoin’s scarcity. So far, it seems all of those concerns have been rendered moot, as XRP is doing a lot of things right whereas Bitcoin is facing a massive uphill battle. John Yang firmly believes the future looks bright for this digital asset, although it is a bit unclear what the future will hold exactly.

They said there are to many #XRP that #btc was better because of far less coins. @bgarlinghouse has said in the context of enterprise use case the number of $XRP is not enough. Brad also said no body can tank xrp. Now two people are threatening 2 tank btc. #xrpthestandard #ripple

In this day and age, there are no financial certainties. In the case of Bitcoin, it seems the worst may not even be behind us. There is a very real chance the value of BTC will continue to plummet, whereas XRP continues to surprise a lot of people in positive fashion. A few interesting days are ahead, although they may not be for the faint of heart whatsoever.