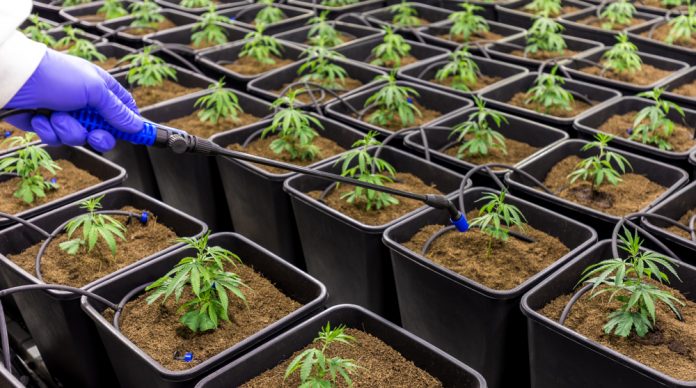 Jessica VerSteeg began her career as a fashion and print model for 10 years, and she was crowned Miss Iowa 2014 as well as a finalist for Miss USA. She competed on “The Amazing Race” Season 28 and amassed a large following on Instagram. However, after the loss of her husband to an accidental painkiller overdose, she dedicated herself to initiatives promoting alternative medicine.

VerSteeg embarked on her new career through the foundation of AuBox, a medical marijuana delivery service curated to the needs of the customer. However, after running into numerous issues in the medical marijuana supply chain, VerSteeg pioneered a new company, Paragon, whose mission is seed-to-seller tracking of cannabis products. This is made possible through Paragon Coin, an ERC20 token that fuels the tier two Paragon Chain solution.

Recently, at the ChainXchange blockchain convention, I had an opportunity to chat with Jessica VerSteeg about product traceability in the blockchain space.

“I think, two or three times a month, I have people from China asking if they can use Paragon to track their agriculture. There’s a problem there… there’s definitely a use case for [product tracking] outside of cannabis,” said VerSteeg. “This goes worldwide, for cannabis, or any agricultural product… Everyone wants to know what they are putting into their bodies… We are a generation of people who want easy information, we want the truth. We are no longer taking things at face value, we want to see behind the doors of where things are coming from… I think that’s all over the world.”

From there, the conversation shifted to existing ‘weed coins’ in the space. What makes Paragon different?

“I think around 95% of cryptocurrencies in the marijuana niche are focused just on payment. In some ways that’s good, but in some ways people argue, “Why not just use Bitcoin?”… Right now, currencies have borders. In the future, I think it’ll be more like ‘use case borders’. Paragon doesn’t do that, however. Gas on the Ethereum network is very expensive. Imagine a grower sending a transaction for every piece of information. [Paragon] creates that second layer that makes this affordable… I created it to make it affordable for those in the space.”

Next, VerSteeg focused on the overarching cryptocurrency fundamentals.

“I think that as a whole, cannabis coins and blockchains need to come together to create some master [system] that the government has no other choice but to use us and say, ‘It’s transparent, it’s gotta be federally legal now’… for food traceability on the blockchain.”

She then gave her analysis of the future of food traceability.

“I’d say it’ll be three to five years before it’s really normal, where grandparents understand they can just scan something with their phone and read the information. Maybe it could be sooner… The technology is there, especially for something as simple as [food tracing]. There’s already a foundation built. We know how to trace food. It’s just about getting this information to the consumer and going straight from the farms or the labs to the consumer.”

Before concluding, VerSteeg shared a few words of wisdom.

“Always do your research. Be forward-thinking. Work towards innovation and always support each other in the industry, whether it’s cannabis, blockchain, crypto. This is all innovation and we all need each other. We need to move away from what the suits do… be a new generation that’s all about togetherness to work on something that is unstoppable.”