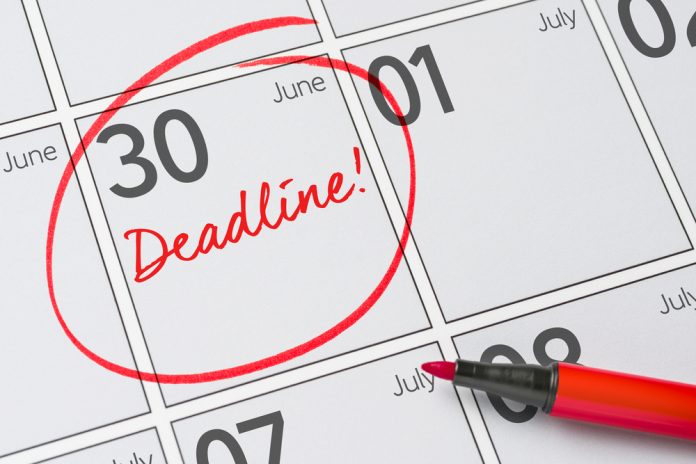 There is a belief in startup culture that pushing back or missing a deadline is not the worst thing that can happen. With new technology and unexplored territory, it’s understandable that obstacles arise and sometimes objectives are heftier undertakings than imagined. In the world of cryptocurrency, this phenomenon is perhaps exacerbated. However, not every project is habitually late. Here are four projects that stand out as ones which meet their deadlines.

Do not let its small market cap of under US$2.5 million fool you; MyWish is leading the game as a production-ready smart contract ecosystem. Dating back to last summer, MyWish has developed quickly and enables users to create a number of specified contracts across three blockchains: Bitcoin, Ethereum, and NEO. The smart contracts provided by MyWish provide a number of functionalities, including crowdsales, wedding agreements, inheritance, private key recovery, and more.

MyWish also has yet to miss deadlines for each of the 11 benchmarks on its roadmap. In some cases, MyWish has even published developments weeks before their due dates. In the near future, MyWish will expand to integrate NEO into the crowdsale contract, enable EOS and ADA smart contracts, and publish whitepaper and airdrop smart contracts. All of these appear to be in line to be finished before summer’s end. Weekly developer updates verify that steady progress remains a constant.

Despite its relative infancy in the cryptocurrency sphere (its ICO concluded November 30), WaBi is one of the leading projects seeing real-world use every day. The native token of Walimai’s blockchain solutions, the WaBi platform acts as a system to ensure the authenticity of retail products worldwide. Since the start of the year, WaBi has been used to protect consumers from counterfeit baby formula throughout China. Recently, WaBi expanded its operations to the Australian market. Q1 roadmap goals were focused on cementing and expanding the brand, which the team accomplished quite well.

By the end of this quarter, WaBi will expand to the alcohol industry, and WaBi masternodes will be introduced. According to recent updates (WaBi, like MyWish, does frequent update newsletters), both goals are on track to be accomplished by the end of the month, with masternodes shaping up to be released even sooner.

For legitimate reasons, Ripple remains one of the most controversial projects in the cryptocurrency space. The centralized banker’s coin flies in the face of the core fundamentals of cryptocurrency first introduced by Bitcoin. Principles aside, the progress made by Ripple is irrefutable. Ripple’s approach to payment channels, the same technology behind Bitcoin’s Lightning Network, reached mainnet and saw real-world usage a full year before any other cryptocurrency.

Ripple’s network of global financial institutions now numbers in the hundreds and continues to grow. Ripple’s approach to bank-to-bank payments is magnitudes cheaper than traditional methods, so it’s no wonder that the project continues to gain adoption from major players across the world. Recent initiatives in funding blockchain research at universities and donating to classrooms worldwide suggests that the team is proactive in a number of sectors.

Launched this year, Stakenet is the youngest project in this group. However, early developments have set the project on a path to success. Stakenet’s multicoin staking wallet implements a new approach to staking called “Staking-as-a-service”. This platform will allow users to participate in staking and masternode pools, as well as employ multi-staking methods similar to the multi-mining protocols of certain mining clients.

This wallet is set to launch in 18 days. According to the roadmap, development is 75% complete. As it stands now, it appears that the team will be ready to release the platform on time. As this is the first project of its kind, it’s likely that it will enjoy huge popularity among cryptocurrency enthusiasts and set the project up for success.