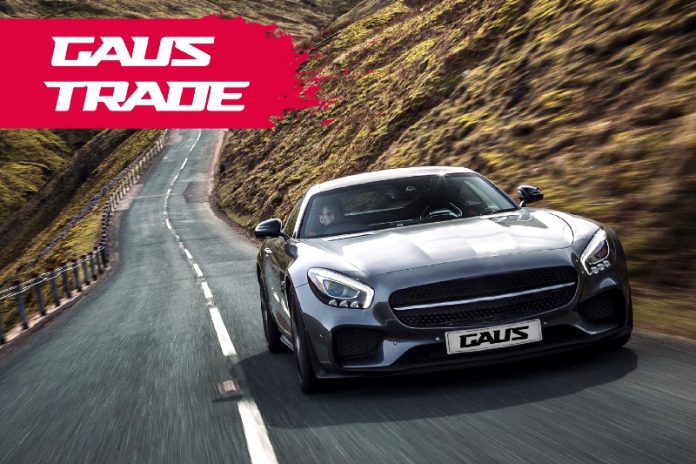 Gaus Trade is preparing to sell the first Mercedes-Benz vehicles with a discount of 30%. The vehicles will be sold using the Gaus Trade platform, a blockchain-based vehicle marketplace.

By using Gaus Trade, any buyer can order a new vehicle directly from the manufacturer, thus bypassing dealers and other intermediaries. As a result, the vehicles will be 30% cheaper in comparison with their retail prices. It will be possible to use both fiat and popular cryptocurrencies as means of payment.

The Gaus Trade team has already developed an Alpha version of the product with a payment gateway, which will allow the purchase of the first new Mercedes-Benz vehicles for fiat or cryptocurrencies via the GAUS Token. The vehicles can be claimed in Hamburg within 3 working days from the date of payment. Interested individuals can buy the vehicles regardless of their place of residence by using the Gaus Trade platform.

Transportation and delivery will be the responsibility of the buyer with Gaus Trade acting as a consultant on the issue. Gaus Trade intends to provide a transportation and customs clearance service for the vehicles in the near future with the help of its partners with payment in GAUS Tokens. The alpha version will be launched in July of this year.

The second stage is the launch of a beta version of the Gaus Trade platform with embedded online configurators from the automakers, so potential buyers will have the ability of selecting their desired options. The launch of the beta version is scheduled for the end of 2018 and involves the addition of vehicle insurance and consumer lending services.

Daimler will be the first automaker whose vehicles will be sold through Gaus Trade. The team of the blockchain startup is simultaneously negotiating with several automakers about the possibility of sales of their products through the Gaus Trade platform without the involvement of intermediaries. The parties interested include the Swedish Uniti startup, which is developing an electric vehicle for use in metropolis areas.

The platform is a ready-made solution for large automakers for selling their vehicles for cryptocurrencies without the involvement of intermediaries. The Gaus Trade solution will allow small vehicle manufacturers to start selling vehicles online on the basis of the Tesla operations model without establishing expensive dealer networks. In addition, the transaction scheme insures the buyer from monetary losses in the event of the manufacturer’s bankruptcy, which is also beneficial to small manufacturers of sports and electric vehicles in increasing brand trust.

Stay up to date with the latest news on the launch of the Gaus Trade platform:
– Official website: http://gaus.trade?utm_source=merkle