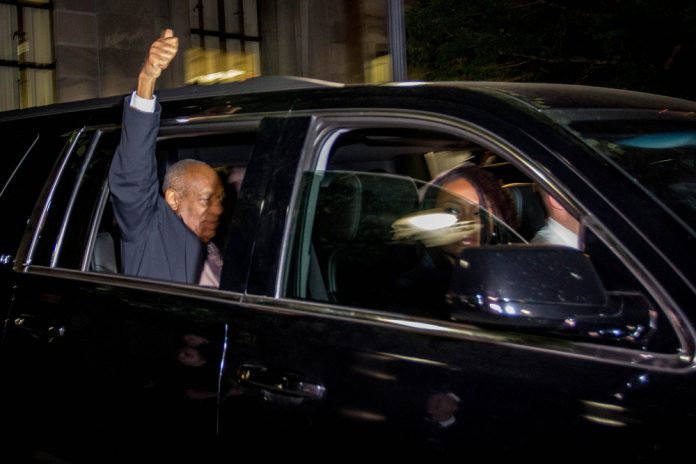 The recent headlines about Bill Cosby have done nothing to warm public sentiment to the confirmed sex offender and disgraced comedian. According to rumors on tabloid website Radar Online, Cosby bought 750 BTC (~$5 million) in a bid to shield his diminishing fortune from his wife Camille.

The article goes on to say that Cosby owes millions to the government along with some $25 million in unpaid legal fees. Sensational stuff indeed. Not only does this story serve to drag Cosby’s reputation to a new low, but it also muddies the waters about Bitcoin. Once again, the world’s number-one cryptocurrency is labeled as a vehicle for illicit deeds and tax evasion, with sex offenders as paying customers.

More Misunderstanding About How Bitcoin Works

Yet if the “expert” cited in the Radar Online report proved anything, it’s that he knows very little about how Bitcoin actually works. In fact, Frank Ahearn, author of How to Disappear, is quoted in Radar Online as saying some very silly things indeed. Out of the few short sentences provided, almost all are wrong. This not only gives him a near-perfect error rate but mangles public understanding of Bitcoin even more.

He supposedly said: “To me, it raises a huge red flag. Cryptocurrency has decreased in value, and you’d have to be crazy to buy Bitcoin now. But it’s a great tool if you’re planning an escape… He could basically have a middleman in another country receive the money. He’d just need to go there to collect it.”

The credibility of this expert to speak on the merits of Bitcoin must have the cryptocurrency community cringing. First of all, the whole point of Bitcoin is that it doesn’t require a middleman. And as for going to collect it? Well, that’s just stupid.

Images of Cosby in a beige suit and dark glasses stepping out of a private plane on a runway in Havana come to mind. But then, isn’t that yet another point of Bitcoin? There’s actually nothing to physically collect and nowhere to collect it. You just need your private key. Unless that’s what he’s got stored in his offshore vault, of course.

Further Flaws in the Story

Saying that you’d have to be crazy to buy Bitcoin is perhaps an opinion shared by many. However, it’s also the absolute opposite of how institutional investors work. Warren Buffett famously said to buy when there’s blood in the streets. And, in fact, if ever there were a time to buy Bitcoin, it’s now. If you have a spare $5 million lying around, that is.

Oh, unless you’re a registered sex offender in a high-profile court case and you owe money to the government. Under those circumstances, you should probably think again.

While many people thought that Bitcoin was a tool to escape, law enforcement officers have already figured out how to track Bitcoin transactions. And buying millions of dollars worth of BTC with USD tends to create a solid, traceable trail.

Even if Cosby had covered his footsteps so well and avoided electronic payment records by buying with wads of cash stuffed under his mattress, he would have to have a pretty tight peer-to-peer Bitcoin trader on the inside. But such individuals can usually only accept small amounts or risk blowing their cover for not having the appropriate license.

And when the time comes to convert his crypto to fiat, good luck getting around KYC and AML practices.

We all love a good story. But let’s try to keep at least one eye out for the facts and remember what Bitcoin is about in the first place: the transfer of (potentially extremely high) value across geographies.

Yes, divorce lawyers are busy studying up on Bitcoin since it appears that right now it can’t be taken in divorce, bankruptcy, or by the government. But what use is that to someone like Cosby if he can’t retrieve the funds in the end?

So did he really buy $5 million in BTC to keep the money away from his wife? Possibly. But it seems unlikely. And if he did, he’d better hope that his advisers carried out a little more research into the workings of Bitcoin than Ahearn did.