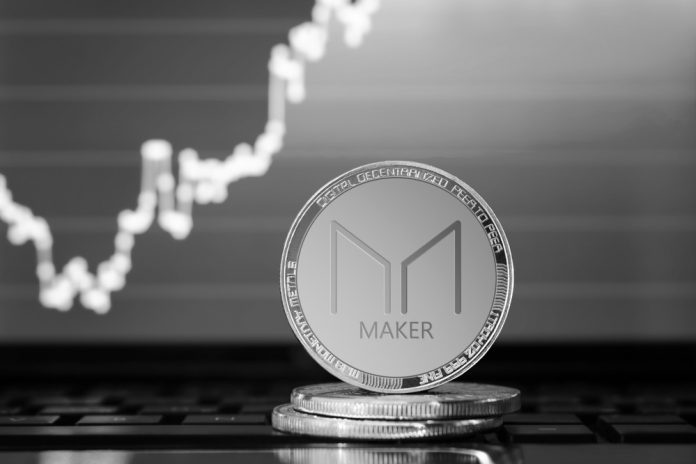 Even though a lot of other cryptocurrencies are seemingly stuck in sideways trading momentum, Maker offers some interesting options for speculators and traders. This often-overlooked altcoin has noted a very strong increase in value over the past few days, and its market cap is on track to hit $500m n the coming days. If these gains keep up, things will get very interesting for MKR watchers moving forward.

It is quite refreshing to see at least one cryptocurrency note some strong market momentum, either for better or worse. In the case of the Maker price, its value has come a long way from the all-time of over $1m,500. At its lowest point, the currency hit roughly $325, albeit the current momentum looks a lot different compared to a few weeks ago.

The past few days have resulted in an incredibly strong uptrend for the Maker price. In the past 24 hours alone, the token’s value increased by 14.5% in USD value. Additionally, there is a 13.7% gain over Bitcoin and an 11.5% gain over Ethereum. All of these trends show traders are very bullish on MKR, despite the $890.000 in volume.  After all, such a low volume seems to indicate the overall interest is a lot different compared to what one would expect.

Several days ago, Ravi Kumar shared a list of coins with bullish candlestick patterns. Interestingly enough, just a few cryptocurrencies showed such an extremely bullish signal, with Zilliqa and Maker being the main altcoins. Ever since this chart was posted, the MKR price started increasing significantly. It is evident someone took this chart to heart, albeit it remains to be seen what the future holds for this token moving forward.

This current price increase has also affected the value per individual MKR token in a significant way. Based on recent market conditions, one MKR has the second-highest value on the market after Bitcoin. That makes one token more valuable than one BCH, ETH, Dash, or ZEC. An interesting correlation, although it remains to be seen if that will get more people excited about this particular project.

To cap off the interesting tidbits surrounding Maker, the MKR token has reached its 30-day high value by noting a strong 52% increase in the past month. As such, one has to wonder how long this trend can remain in place, primarily because of the low trading volume becoming more visible when looking closely at the charts.

For the time being, the Maker price generates some excitement in an otherwise boring cryptocurrency market. The weekends usually generate some interesting trading action, yet this weekend has been rather disappointing so far. That situation may come to change in the future, though, as the day has only just begun.