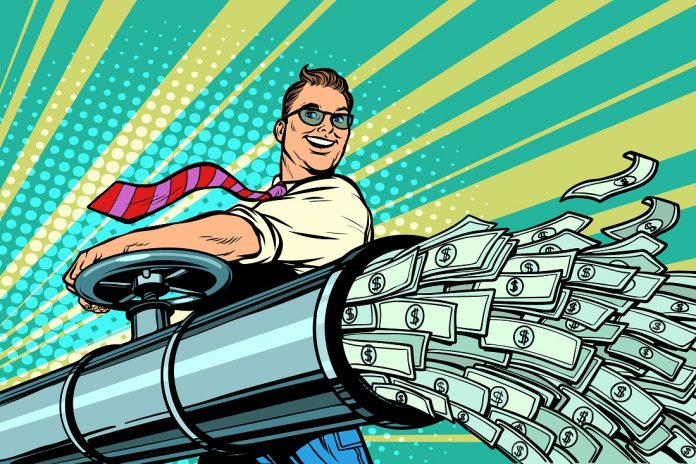 When trying to make money with cryptocurrencies, very few options will usually provide decent results fairly quickly. This is especially true when it comes to dealing with altcoins in general, as they are a lot more prone to volatility at any given time. Owning a masternode, while a more expensive venture for most users, can yield some surprisingly good monthly revenue, depending on how one tackles this concept.

What is a Masternode?

In the cryptocurrency world, there are different kinds of network nodes. A regular node is used to receive and broadcast pending and confirmed transactions to the network. More nodes results in having a more secure network, as it is increasingly difficult to manipulate network information. A masternode, on the other hand, provides additional services to the network in question.

In most cases, those services are associated with privacy and anonymity-oriented features. Dash is a big example of a network supported by masternodes to allow for anonymizing transactions. This trend has been emulated by dozens of alternative currencies ever since, albeit not every currency using a masternode structure will be successful in the long run. If the currency isn’t used for any specific purpose, global interest will dwindle eventually.

Which Coins to Pick?

The main question when it comes to running a masternode is which currency to support. Different strategies can be at play here. The most common option involves spotting new altcoins using a masternode structure to try and accumulate more coins and exchange those for Bitcoin by the time demand picks up. Getting an early start by running a masternode will usually result in higher profits, assuming the currency’s price doesn’t crash altogether.

The second approach revolves around sticking with a project because of technical prowess. At first, it did not seem as if Dash or PIVX would be successful other than for their masternode infrastructure. Things have turned out very well for both projects, even though there are numerous other currencies which have failed in this department as well. From a long-term perspective, a masternode will always generate some form of revenue. It may not make people rich in a few months, but money will continue to come in regardless.

Personally, I am currently running two different masternodes. One is for a new altcoin called ProxyNode, which has provided an ROI in just five days for me personally. Any further earnings will be profit all the way, which is all one can ask for. The second is for CannaNode, another new currency trying to tackle the cannabis industry. Both masternodes are performing quite well, although it remains to be seen how successful this will be in a few weeks from today.

Author Note: Do not invest in specific currencies simply because I did so. I am fully prepared to absorb any financial risk associated with exploring these money making methods.

The Risks vs Rewards Problem

The main problem associated with running a masternode is not knowing how the markets will evolve. I am personally looking to accumulate additional Bitcoin by running these nodes more than anything else. If either of the projects turns out to be a successful altcoin in the end, all the better. However, these markets are also fragile. If multiple masternode owners cash out their holdings in one go, the price will crash pretty badly. That is a risk all users need to be aware of at all times, as this aspect poses the biggest risks.