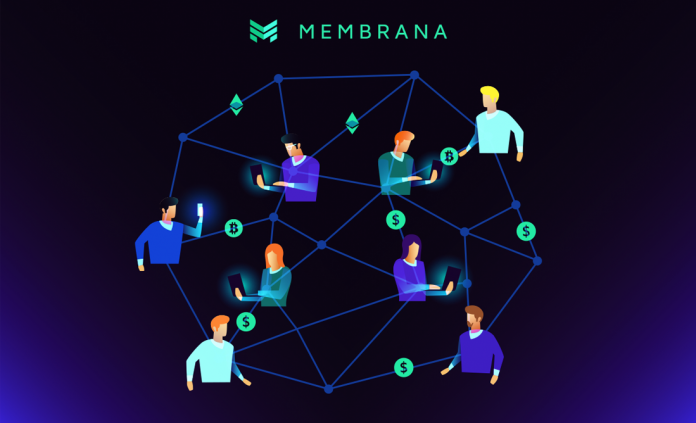 From time to time we all are touched by FOMO which stands for “fear of missing out”. Some scientist call this feeling a dangerous syndrome that has become pervasive in society. They say that it is important to stay calm and quote Ecclesiastes who, in all his wisdom, wrote a lot about repeatability in human life: “Vanity of vanities, says the Preacher, vanity of vanities! All is vanity”, “A generation goes, and a generation comes, but the Earth remains forever.”

There is no doubt about the Earth and its perpetuity but everything in human life and society is definitely subject to changes. Alvin Toffler’s “Third wave” provides a clear and transparent roadmap of these changes: what started as The Agricultural Society and was continued by The Industrial Age has now matured into The Information Age. This is the phase we are currently living.

“Christmas is all around us,” they sang in Love Actually. Well, it is fair to say that “Post-Industrial Era is all around us”. You can witness evidence of it on daily basis: decreasing role of standardization, peer-to-peer communications available to nearly everyone on the planet, customized designs and production, uprise of local communities, non-government organizations and distributed systems.

Blockchain is the brightest example of The Third Wave approach. Eviction of the third party, or central intermediary, and its replacement with a decentralized commonly governed verification mechanism that allows no backward changes and manipulations, that is something mankind is currently approaching. Political and social systems are inert and tend to resist the change. It is difficult to forecast the date of first ever nationwide digital elections conducted on blockchain as governments will be tough to adapt. However, other important spheres of our life will be acting much faster.

One of them is financials. Despite the visible slowness of its existing players and structures, there is a fundamental shift coming. In fact, this shift is taking place this very moment as you are reading. The financial revolution is on the march and you would be right to feel the FOMO this revolution.

“Blockchain innovation in wealth and asset management. Benefits and key challenges to adopting this technology”, that’s the title of Ernst and Young research paper released over a year ago. We will take a liberty to list the benefits that the company’s team indicated:

E&Y weren’t the first to notice the important technology. In fact, it has been watched closely by a large number of investment management firms. And we are not talking about late 2018. In March 2017 Deloitte released a wonderful summary of financial leadership initiatives in the field. Names like Nasdaq were already on the list by that time.

As of today, the playground gets more and more attention from these big boys: IBM is openly advertising its solutions, Northern Trust promises to start its crypto custody business. No need to continue, the case is clear. Blockchain technology has received the Big League approval mark.

This is where the big IF arrives on the stage. Will those investment and commercial banks, exchanges and custodians, fund administrators and asset management giants be able to adopt blockchain fast enough? Apparently, not.

Many observers claim that there is no proper regulation in place; some say that the technology is unstable and insufficient; others add that there is no visible way to switch from good old “central party” to “decentralized network”. Most of it is not true.

Pioneers are staking out

Here is one fine example by a company called Overstock run by a visionary Patrick Byrne. The company itself was well known as an online retailer until Amazon gained pace and started squeezing it out of the market. Despite closing the shop, Overstock’s CEO made a smart move by pivoting into blockchain by launching a sub-project called tZERO. This recent press release recalls some details of this transformation which started as long ago as in 2015:

“tZERO was built on top of technology originally developed by SpeedRoute, a firm we entered in to an agreement to purchase in 2015. SpeedRoute is a routing and execution firm that is currently routing ~6 billion shares per day and is already deeply integrated into the U.S. National Market System. Thus, the blockchain innovations we are building within tZERO are accessible to the traditional capital markets system, providing current market participants the opportunity to access crypto-securities without having to incur switching costs. tZERO represents a regulated bridge between the traditional securities markets and the fast-emerging world of crypto-securities.”

These moves were taking place next door, yet Wall Streeters remained still. This can be easily explained by their conservative approach to innovations, stable business model and, let’s be honest, overwhelming bureaucracy. In fact, some moves were made later. In a manner typical for those tyrannosaurus: in 2015 Goldman Sachs invested in the sector via Circle partnering with a number of institutions and fueling the fintech upstart with as much as $140mn.

UBS in June 2018 has acknowledged that “blockchain is almost a must for business” pairing with IBM to support Batavia blockchain-based financial platform. This move would look nice in case we forget that UBS Technology Group white paper called “Building the trust engine” was released in mid 2015! As a result, the banks top employees depart to start their own crypto initiatives like SEBA cryptobank.

That is why it would be wise to anticipate those elephants to be sloppy.

Uncertain market conditions will further affect their decision making. CFOs and treasury officers’ vote will be an important factor given the most recent plunge of all cryptocurrencies. Big investment vehicles have bad memory but prospects of massive write downs may make them reconsider.

This is where independent players show up. Projects like Membrana are fast and concentrated, not influenced by big Boards of Directors. They are straight to the point and can deliver actual blockchain-based product much faster than their respective Goliath size competitors.

These smart money seem to be the best entry point to join the to-be-quadrillion USD global market of fractional ownership and value management (Overstock counts in approximately $73 trillion in stocks, $215 trillion in debt, and $217 trillion in real estate).

Membrana is implementing four core features: safe transfer of funds in trust management; contract between investors and traders; confirmation of past trader’s profitability using blockchain; and distribution of investor’s assets among several independent asset managers. This is not a pure concept, and the platform already functions in beta version.

The team is currently raising funds to support further development of the solution and to provide sufficient resources for its global marketing outreach. Unlike with many cash hungry upstarts, Membrana developers are reasonable in their budgeting and target soft cap of $1mn and hard cap of $8mn for the MBN token sale.

The project has already raised $600,000 from a group of US venture investment funds. Membrana is targeting a very broad audience, thus the team decided to go with a public token sale rather than via private deals.

The sale has already started with a private round in November, and on December 10th tokens will be available to general public during pre-ICO phase which will last till early February. It is comforting to see no rush in the main phase of the tokensale which will kick off as early as April 10, 2019. The MBN token price is fixed at $0.02, and all major cryptocurrencies are accepted (ETH, ETC, BTC, LTC) as well as fiat contributions with VISA and Mastercard.

ICO market has reached its peak in late 2017 fueled by the general blockchain sector hype. The industry has been “optimizing itself” ever since, both in terms of volumes and structure. ICOdata stats shows that the year started with monthly collection of $1bn+, and the number has been declining unceasingly to reach $100-200mn a month range by Q4. A change in the market structure was even more obvious: ICOBench study shows that less than a third of all projects conclude their ICO campaign successfully (54 of 158 in total for October), compared to 54% a year ago. Campaigns invest more time and effort which results in extended duration of the fundraising, closer work with rating agencies and advisors.

It is obvious that investors and crowd contributors took off blinders, became tougher and now do their homework of examining potential recipients. Effectively, ICO market has grown to become similar to any other venture market: careful selection of projects combined with further close monitoring of their performance. In an environment like this, only sustainable projects with a strong core case and advanced MVP can provide good returns, even if the market overall is decreasing.

Looking way back, there is at least a dozen of decent projects that made over 1,000% ROI on their ICO prices even after six months of side trading and 50% decline in November. Leave alone the masterpiece of Ethereum, there are such examples as IOTA (650x on ICO price, and counting), Binance coin which is very simple and truly utility (36x), Lisk and many more. Membrana is clearly the case that may join this line of success stories.