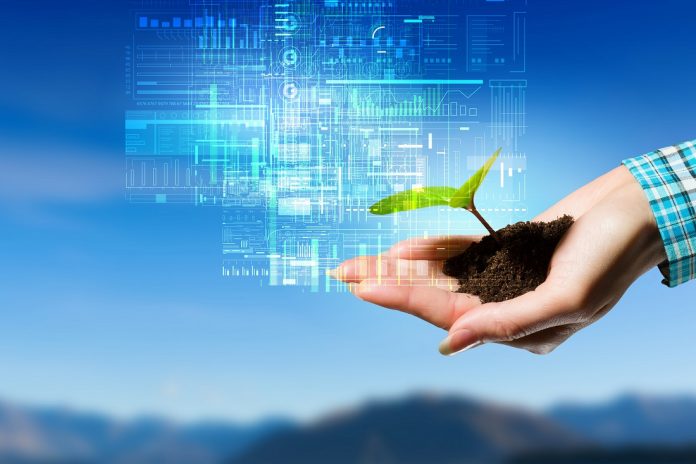 With all the hype surrounding blockchain, it is easy to forget just how new the technology really is. Although they supposedly have applications in virtually everything, blockchains—or computer networks that can both determine and track the value of something without depending on centralized administrators or servers that can be hacked or manipulated—are still mostly being used to support cryptocurrencies like Bitcoin. For the most part, blockchains are also staggeringly wasteful.

In most blockchains, units of cryptocurrency are obtained or “mined” through performing highly complex tasks put in place to enforce honest behavior in the absence of a central administrator. In the case of Bitcoin, a user can mine coins (in essence, adding blocks to the existing chain) by solving cryptographic puzzles requiring appalling amounts of computing power. According to a recent study by Price Waterhouse Cooper analyst Alex De Vries [https://www.cell.com/joule/fulltext/S2542-4351(18)30177-6], by the end of this year, Bitcoin mining could consume as much of 7.7 gigawatts of electricity at a given moment (a number just below Austria’s electricity usage and roughly equal to a half-percentage of all electricity consumed on earth).

Since the vast majority of electricity is still generated by the coal and oil power plants which are disproportionately responsible for the world’s various looming ecological crises, blockchains often carry an unacceptable and unnecessary moral hazard. This high electricity consumption also makes blockchain seem impractical. Why pour so much literal and figurative energy into a technology with so few current uses? Blockchain is confusing enough as it is. Why get involved if it’s a danger to the planet, too?

Luckily, there are alternatives to the way blockchains are currently organized. Our company has shown how blockchain can evolve beyond its original, deeply imperfect format.  Companies like C4Coin are already developing methods for making blockchains less arcane and energy-intensive—as well as actively beneficial for the environment. It’s all enabled through a new way of regulating and building consensus across a blockchain called Proof-of-Burn (PoB).

The blockchains with the highest public profile, like Bitcoin, operate through Proof-of-Work (PoW)-based methods. Under PoW, a coin is a reward for a computer system expending a certain–usually very high amount–of measurable effort, usually by solving energy-intensive math problems. If that effort is environmentally damaging, it’s also worthwhile from a user’s perspective: The number of bitcoins are finite, and they currently run at around $6,200 per token. At the moment, one seemingly rational response to existing market incentives is to dedicate jarring amounts of energy and processing power to mining Bitcoin. As in numerous other sectors of the economy, market factors are pushing the behavior of participants in illogical or destructive directions, all without pricing in the actual social and environmental costs of their activities.

Iain Stewart, a computer scientist Imperial College in London, was one of the first experts to take on the question of what a less wasteful blockchain might actually look like. As early as 2012, he postulated that the consensus needed to govern and organize a blockchain could actually be reached through destroying something of value. Digital tokens are scarce and therefore valuable because they’re generated through measurable exertions of effort, like the “work” a computer proves itself to have performed on the way to obtaining Bitcoin. PoB just changes the nature of the effort connected to the generation of a digital token. One could theoretically set up a Proof of Burn system in which a user gets a token for setting a $100 bill on fire—which would end up being a fine investment if the token itself were ever to become worth more than $100. Real-world PoB systems tend to be less outlandish than that. As Stewart wrote, PoB is meant to mimic the structure of PoW, while “avoiding its real-resource cost.” Destruction of a digital asset functions as a stand-in for electricity-guzzling computing effort: “Burnt coins are mining rigs!,” Stewart wrote. [https://en.bitcoin.it/wiki/Proof_of_burn#Iain_Stewart.27s_version_of_proof_of_burn], with the exclamation point trumpeting his idea’s potential.

C4Coin is building on the promise hinted in Stewart’s excitement. The “burn” under our system is the removal of carbon credits, which are financial assets representing a company’s offset of one ton of emissions from the voluntary carbon credit market. A credit proves that a company has an environmental conscience, but it can also be sold to an end-buyer in exchange for its market value.

Retirement is essential to the voluntary carbon market. Unlike many traditional assets, a voluntary carbon credit represents a past action—namely, the prevention or removal of pollutants from the environment—rather than ownership of a company, ownership of debt, or some other right or privilege of tangible and measurable value. Retirement keeps supplies scarce in an already illiquid market.

Using PoB, C4Coin creates an incentive to retire credits. In our system, an active carbon credit is represented as a digital token called a CO2KN. When a user retires the carbon credit that generated their CO2KN, they burn that CO2KN for a chance to mine a second digital token, called a C4Coin. The “burn” in our system technically refers to destroying a CO2KN in order to obtain a C4Coin, although the exchange corresponds to the real-world action of removing a carbon credit from circulation—which itself corresponds to the removal of one ton of pollutants from the environment.

This system lets carbon credit holders retire their credits and get a tradeable digital commodity in return. By removing carbon credits from the global market, it is possible to contract the supply of the remaining credits. This, in turn, will provide market-based motivation for companies to offset their carbon emissions and participate in a voluntary carbon credit market that’s far smaller than it could be.

Under C4Coin’s system, real-world actions that actually help the environment act as stand-ins for the abstract yet highly wasteful “work” that generates the world’s most popular cryptocurrencies. With our methods, market incentives nudge people towards helping to make the world a better place. With PoB, blockchain technology doesn’t require anything approaching the same magnitude of computing power or electricity needed under PoW. C4Coin is hopefully just one of the first creative uses of Proof-of-Burn, and a preview of what the blockchains of the future will look like.