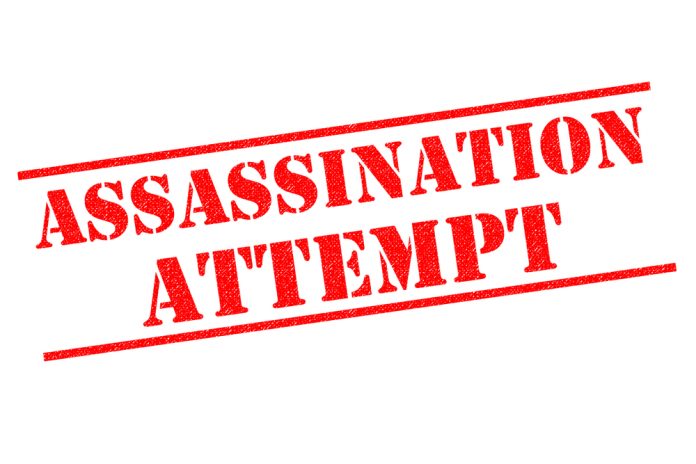 Perhaps the most exciting person within the cryptocurrency space to follow is McAfee Antivirus creator John McAfee. Controversial in the world of crypto for his knack of influencing ICOs and shitcoins through his personal Twitter account, McAfee seems to find himself in increasingly bizarre and dangerous situations. However, the events of the past few days have certainly been out of the ordinary, to say the least, even for a man like McAfee.

The incredibly transparent nature of the eccentric cybersecurity magnate’s Twitter account has made @officialmcafee a likely follow for anyone in the cryptocurrency space. However, McAfee’s tweets over the past couple of days have highlighted something much darker and somber than usual. According to his Twitter, days prior, John McAfee was subjected to a failed assassination attempt.

I apologize for my three day absence but I was unconscious for two days at the Vidant Medical Center in North Carolina and just woke up. My enemies maged to spike something that i ingested. However, I am more difficult to kill than anyone can possibly imagine. I am back.

According to McAfee, something that he ingested had been spiked with poison by two individuals. McAfee asserts that the ingestion sent him into a two-day coma, and he was presumed dead. McAfee indicated that this was the eleventh assassination attempt on him, and previous attempts had entailed hangings and gunshots. McAfee also commented that, strangely, each individual who has attempted to murder McAfee has found themselves dead within the next two months due to strange accidents. He also made the following threat to his assailants:

And for those who did this – You will soon understand the true meaning of wrath. I know exactly who you are. Youh had better be gone. pic.twitter.com/URgz5BtMLF

McAfee’s wife Janice also commented on the assassination attempt, responding to critics on Twitter by noting that McAfee faces real personal threats for his history of “speaking out against corrupt governments and three letter agencies”.

Mrs. McAfee’s statements may have partially alluded to drama involving the SEC earlier in June. McAfee, who has been very clear about his active role in promoting and pumping ICOs in exchange for exorbitant amounts of money, called for his close to 1 million Twitter followers to flood the SEC with calls and complaints about its stance toward the ICO scene. However, on June 18, McAfee indicated that threats from the SEC suggested that he would no longer be influencing ICOs. McAfee also suggested that those who were participating in ICOs would likely be arrested by the SEC, and as a result, he was creating an alternative to the ICO model that the SEC could not touch.

It is unclear whether or not this was a reference to McAfee’s June 25 Independent Money Offering (IMO) for his crypto-centric fiat currency, McAfee Redemption Unit (MRU). MRU will initially be valued at US$9.95, and will be redeemable for either cryptocurrency or “private consultations” with McAfee himself. While this may seem far-fetched, some entities within the space have already begun to embrace MRU. McAfee announced the first user of MRU in a tweet earlier this month. ECoinmerce, a blockchain solution for tokenized e-commerce, already plans to accept McAfee Redemption Units.

In other news for the month of June, McAfee announced his intention to run in the 2020 US presidential election. If invited by the Libertarian party, he will run as a Libertarian, as he did in 2016. Otherwise, he will create his own party.

With such an eventful June, it’s anyone’s guess what July could mean for the cryptocurrency influencer and now seemingly invincible eccentric.