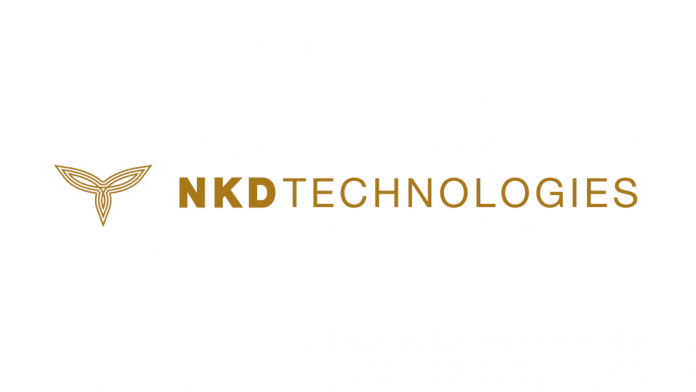 This year has been a bloodbath for the ICO and Cryptocurrency market. Many ICOs have now declared bankruptcy or have simply failed to develop any product or utility for the coin they started. The only thing that’s left is a fabulous white paper.

According to Marco Robinson, the Founder of NAKED Technologies:

Due to some recent conflicts within the team, a smear campaign has been initiated against both NAKED Technologies, and its’ founder Marco Robinson.

NullTX received a press release titled: “Arrest warrant with jail / imprisonment sentence has been issued against the Founders of NAKED Technology ICO”. The email came from someone called icowhistleblower and made it seem like the anonymous source was “exposing” the founder of the ICO for scamming investors.

The email came with court documents, alleging that Mr. Robinson has been sentenced to two months in jail in Dubai and also banned from the country. You can find the links to the documents below: Dubai Court Order English / Arabic.

Furthermore, the email contains a series of youtube links which show disgruntled investors complaining about not being able to sell their NKD tokens and claiming a lack of response from the NAKED Technologies team.

According to Mr. Robinson the smear campaign was a result of alleged misconduct by one of NKD’s employees.

According to Marco, one of NAKED Technologies’ team members who goes by the name Kishore M (Kishore Mansighani), has been under contract to sell the NAKED Dollars in Dubai. Kishore allegedly breached the contract and started selling a different cryptocurrency – future1coin – behind Marco’s back.

“During his time [Kishore] collected cash money from two investors Jack SiNgh and Melanie Soo. They have since tried to charge us for money laundering and so has Kishore.”

Mr. Robinson further explains that Jack Singh (H Jagjit Singh) and Melanie Soo (Soo Hui Ling) worked for NAKED Technologies in Dubai helping with events but, “we discovered they had been stealing money from our investors and putting it in their bank account.”

Since Jack and Melanie are both Malaysian citizens, Marco and his team made police reports against the two in their respective country. They even went as far as to send legal letters which they have ignored. They even offered a settlement in one of the letters, which was also ignored. You can find the police reports and the legal letter in the links below:

What is Naked Technologies exactly?

Before we go any further, let’s talk about what NAKED Technologies is. According to their official website, it is the world’s first asset & business backed cryptocurrency. NAKED hosted a presale that raised roughly $7 million, and an ICO which raised roughly $1 million. The ICO was hosted in Nov 2017 during the peak of the crypto craze.

Who is Marco Robinson?

Marco Robinson – the Founder of NAKED tech – is the star and creator of the Channel 4 hit TV show called “Get a House For Free”. He also authored a bestselling book and is an award winning entrepreneur. Check out this youtube video that featured Marco giving away a house:

While creating a cryptocurrency that is backed by real estate is no easy feat, it is clear that Mr. Robinson is a real estate investor and has experience in the field.

What are the investors complaining about?

In the email sent to NullTX, there were a few youtube videos from supposedly disgruntled investors who were complaining about the lack of return on their money and the fact that they couldn’t sell the token anywhere. According to Mr. Robinson:

“These videos were recorded while Kishore M was soliciting NAKED Technologies customers, disparaging Marco Robinson and NAKED Technologies & selling his own coin : future1coin without Mr. Robinson’s knowledge or consent. It has been discovered that future1coin was a very weak pump and dump and is now at its lowest price of 0.5 cents.”

Furthermore, when asked about these accusations Mr. Robinson said that their team responds to all emails that they get. He further mentioned that some of the emails he responded to simply bounced back – suggesting that the emails originated from non-working accounts.

Moreover, when it comes to allegations about not being able to sell the token. Marco said that he did not want to list the token in January, but the NKD team listened to their investors and decided to list anyway on a smaller exchange called SGExchange. However, because the NAKED team wasn’t happy with the security of the exchange the listing was taken off roughly six weeks after its launch.

That is when those “investor grievance” videos were created complaining of not being able to sell their token anywhere. Because the team wanted to wait for the bear market to be over they didn’t list their coin on any exchanges.

The good news is you can currently trade NKD on LAToken, which added NAKED technologies back in November.

#LATOKEN will list @NKDTechnology (#NKD)!
Deposits: Nov 21
Trading: Nov 27
It will be available for eligible users with Tier 3 and closed for trading in restricted countries. Please read Terms of Use on https://t.co/AGKmeB2JRk before trading.
More info: https://t.co/BYJNUUBb04 pic.twitter.com/Mgcy9rw04q

LATOKEN is in the top 30 exchanges in the world with over $50 million in trading volume per day.

NAKED Technologies is unique because you can use your tokens to save over 50% on your travel : www.naked.travel which makes your vacations cheaper than any carrier in the world, you can use them on cruelty free cosmetics : www.4thbasecosmetics.com, restaurants : www.nakedrestaurantkl.com and many other products.

Future plans that are getting major traction are to create mass adoption for the coin and bring in thousands of entrepreneurs as merchants that can reward their customers with NAKED DOLLARS when they buy any of their products. This creates of massive eco-system of spending like on amazon. The difference is, NAKED brings in the socially excluded through FREEDOMX it’s new social impact movement which has already been approved in the usa with a 501 3 (c) and will use its own token to help make homelessness obsolete with the first two way charity based on “Conditional Altruism” I help you if you help someone else!

FREEDOMX uses Blockchain to guarantee donations are fully received by the homeless. Marco Robinson rehabilitates the homeless through the new Rich List with many influencers and qualified coaches to bring the excluded into the included.