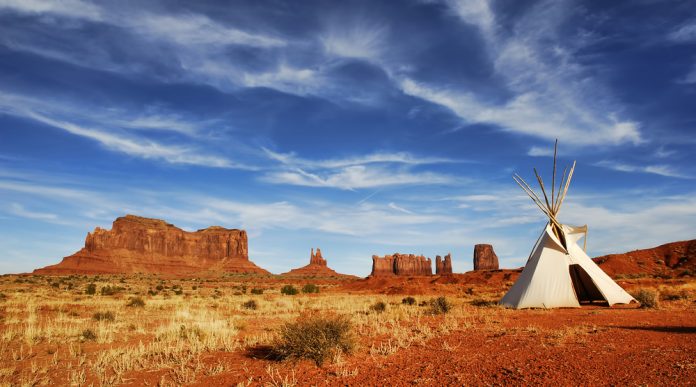 A major potential of blockchain technology is its ability to empower the underserved and disenfranchised across the world. Sovereign Native American nations throughout the United States represent perhaps one of the groups that can most benefit from the possibilities of blockchain. Initiatives by NEM in the US are looking to work with Native Americans across the country.

On August 18, at the 100th annual Crow Fair, NEM systems were demonstrated to the sovereign Crow tribe in Montana. Through collaboration with He3Labs, a network of blockchain experts, and Universal Tribe Partners (UTP), an organization of current and former Native American tribal and business leaders working to connect reservation citizens with economic opportunities, a demo of the NEM infrastructure was held.

The demo included a comprehensive blockchain ecosystem for e-governance and currency, built with NEM’s Catapult Blockchain Engine. Catapult enables the creation of public and private blockchains that leverage the network and smart contract capabilities of the NEM framework.

Rather than building solutions upon existing tribal infrastructure, He3Labs and NEM elected to create an entirely new system from the ground up, as to not inhibit the potential of future expansions and developments of the system or integration with other sovereign tribes.

If all goes well, the goal is to roll out this method of blockchain e-governance to the Crow tribe as well as other tribes throughout the United States. Additionally, there are plans to build blockchain technology hubs on reservations across the states to educate citizens on the capabilities and opportunities associated with developing on and interacting with blockchain architecture. The hubs will also act as resources to connect Native Americans to the global digital economy.

Many reservations remain highly disconnected from surrounding areas, lacking infrastructure in the form of adequate housing and economic and educational opportunities. Unemployment across reservation lands exceeds 20%, and in some tribes, it’s greater than even 60%. As a result, poor health, high suicide rates, drug and alcohol abuse, and many more woes plague these indigenous people.

Blockchain-based e-governance and currency systems will act as a monumental step in developing political and economic infrastructure among the sovereign nations. Additionally, the blockchain hubs will present unrivaled educational and economic opportunities, alleviating the burdens of poverty and unemployment and vastly empowering the currently underserved 1 million-plus Native Americans currently residing on reservation land.

For NEM, this cooperation also has significant implications. Particularly on reservations that operate casinos and other successful business ventures, there are often situations where residents receive significant income from the tribal government, but lack methods to invest or save their money. By providing hands-on exposure to the people who need it most, it is very possible that cryptocurrency will see a lot of activity and investment from Native Americans.

MVP Workshop Partners with Moonbeam To Enable a Multi-Chain Future