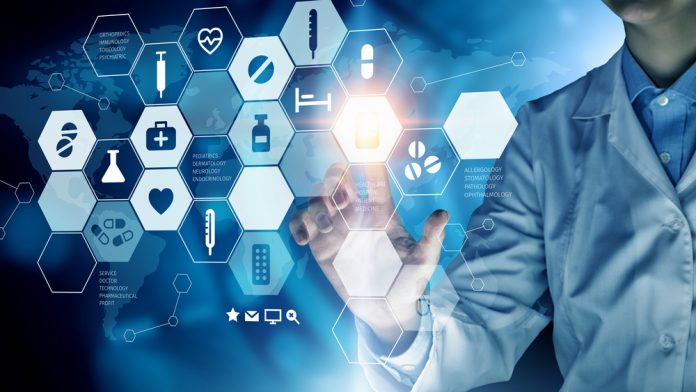 Mary Jo Potter is the founder and CEO of Healthcare Angels, an investment firm whose mission is connecting the highest potential entrepreneurs with strategic investments in the healthcare space. A core focus of the firm is projects that enable scalable technologies poised to shape the future of healthcare.

As an angel investor in the healthcare field, Potter has served on the board of numerous non-profit and private companies in the industry. She has over 30 years experience in healthcare, having worked in the early stages with dozens of companies. Recently, Potter has turned her attention to healthcare initiatives in the blockchain space.

At the ChainXchange blockchain convention, I had an opportunity to talk with Potter regarding the future of blockchain in healthcare. The conversation began with some explanation of current issues in the industry.

“One of the problems for patients going from place to place, from specialists to generalists to their primary care doctor, is having that information flow back and forth. Right now, that’s virtually impossible for most… What blockchain can do is build a parallel infrastructure. Keep your EHR (electronic health record) as it is. Use blockchain almost as an redundant device to then utilize the records so you can then get the anonymity, you can get the transparency, you can get the interoperability that way without having to redo all the EHRs. It’s a tool to see if that’s a way in which they can get information flowing back and forth.”

I then asked Potter where, geographically, she sees the focus of blockchain in healthcare first taking hold.

“I think it’s more likely to be done internationally and then done here [in the US] later. Why? Because we’ve already got infrastructure that does a lot of what’s needed, but not everything. There’s a lot of parts of the world that don’t even have basic medical records, so they’d be smarter to start with a blockchain tool and build it that way, rather than have to redo it later. I actually think we’ll see a lot more of this in the third world than we will in the first world,” said Potter.

“Which countries do you think we’ll see this in first?” I asked.

“India is very active. China, Japan is not exactly third world but they are very active in it. Some parts of Latin America are beginning – these are all beginning. Most of these projects have started within the last two years, and many within the last year. They’re early on, but there’s a lot of interest.”

From there, the conversation shifted to some of the current issues surrounding healthcare insurance, particularly in the US.

“Where you’re seeing [blockchain] used in insurance right now, one of the things that it should be able to help with: a lot of people go in, and they have to get permission to have a knee replacement or a cornea replacement. That process can be very cumbersome and also difficult for the payer. The ability to have improved approvals ahead of time is one area they are looking at blockchain. The second is payments in general. The payments system is pretty kludgy. There’s ten thousand DRGs – those are codes for charging for certain things. It’s a very cumbersome process, very complex. If there’s a way to use blockchain to simplify that, or, more likely, for blockchain and AI to simplify that, [it would see use].”

Before concluding the interview, Potter gave a few final thoughts.

“I am very glad, first of all, that healthcare is focused on [blockchain], that they are looking at it, that they are willing to possibly augment what is currently being done with blockchain as a tool. In healthcare, the crypto part is not as predominant with blockchain as it may be in financial services and other things. I think that’s okay for right now because it’s hard enough to get blockchain going, let alone add the complexity of crypto. So I think for now, that’s how it will play out.”