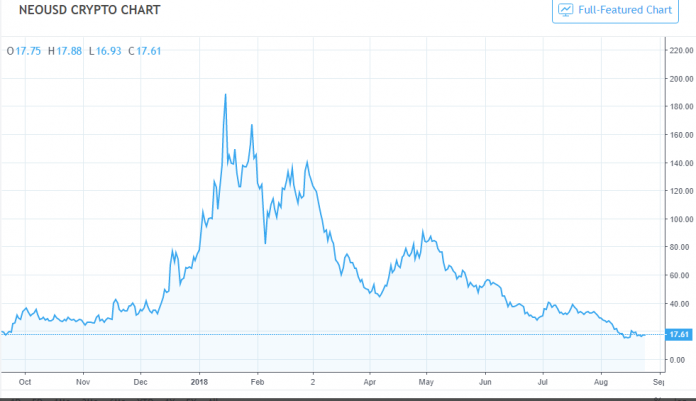 At press time, the Chinese entity NEO is trading for just over $17. NEO is trapped in a freefall that hasn’t let up since bitcoin and other major forms of crypto began losing most of their values last January. The currency ultimately reached over $100 during the massive crypto price swells of December 2017 but has lost over 80 percent of that price in the past few months.

Just last week, NEO was trading for over $18, and the idea that it has sunk down again doesn’t put the coin in a very strong position. It has lost nearly eight percent of its value over the past day alone, and things aren’t expected to improve in the immediate future. 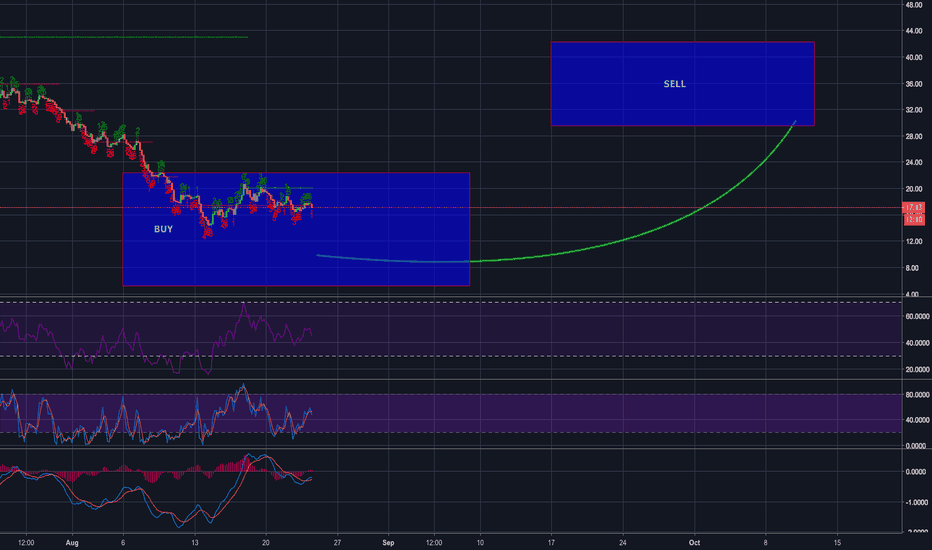 NEO to BTC trading – which is predominantly headed by Bitfinex – has also significantly decreased by nearly five percent, and it’s daily trading volume has fallen to less than $56 million, with most daily trades occurring on Binance.

However, the currency does seem to have support in a few places. For example, London-based publicly listed broker IG has recently added a few new cryptocurrencies to its trading platform. Among these coins are EOS, Stellar and NEO, and new customers are likely to get a kick out of this move.

Sadly, IG’s fees are very expensive, and leave a lot to be desired. A customer will typically pay up to 20 percent of their investments’ total value in fees over the course of one year. That’s a lot of money for a few simple trades. In addition, overnight funding charges can be quite large, and customers are warned to keep their eyes open:

Lastly, the NEO Game Development Competition has announced a strategic partnership with Cocos, a mobile gaming platform that builds popular open-source 2D game engines. Both entities will work to establish an ecosystem that allows developers to build games on the NEO blockchain. NEO.Game will also announce the winners of its latest game developer competition on the final day of August.

A drop to $16 in the coming days isn’t likely to be avoided, but now that bitcoin is spiking a bit (it is at $6,500 at the time of writing), we may see occasional spurts in NEO’s price patterns, as most altcoins tend to follow in bitcoin’s footsteps.