Cryptocurrency is still a relatively new industry. As such, there are plenty of lessons to be learned and mistakes to be made when it comes to various projects and services. Recently, the NulleX project has split up due to an internal conflict within the team. Let’s talk about what happened exactly and what lessons can be learned from the recent events.

It all started on January 7th when the official NulleX twitter account posted a series of tweets that claimed that Erik – NulleX’s Co-founder – has been fired.

Hello everyone. I regret to inform you guys that after the poor performance of NLX last year and mismanagement of the team that I have had to fire Erik. We are bringing in new management this year and expect great things. #onwardsandupwards

I ,Trystan… am banned from the telegram channel. Any words from me in the main chat, support channel, or official announcments is not from me.

So I hear that the fired team members want you to swap your NLX for a new coin there going to get listed somewhere? I wouldn't reccomend that.

The person behind the tweets is Trystan – the lead developer behind NLX. The disagreement came down between the two team members who at the end of the day weren’t satisfied with each others’ performance. After speaking with Trystan, he claims that the team “demand[s] changes then then blame me for those changes.”

There have been a few hiccups when it comes to some upgrades for NulleX which put some stress on the developer. For example, the NulleX team was excited to release DMRS (Dynamic Masternode Rewards System), which unfortunately caused a split and an instability in the chain. This caused the team to revert back to a previous version of NLX in order to fix the issues. However, this caused negative pressure in the market which in turn caused the NLX price to lose quite a bit of value. Obviously, the team wasn’t happy with the failed launch of DRMS as that was hyped extensively on their social channels.

While the failure of DMRS wasn’t the straw the broke the camel’s back, it definitely added to the internal struggle of the team. Erik released an official statement on the NulleX telegram channel which reads as follows:

“After months of struggling with the development of the project, Trystan was not able to deliver the promised DMRS/Zerocoin/Null Protocol and other features, as listed on the roadmap. We proposed, several times, to add more resources (developers) in order to deliver the promises made. This was turned down every time by Trystan, who is also holding and using the team budget, without consulting the team first. We have been left with no option but to announce a fork/swap from him so that we can move on and keep developing the project accordingly.”

When it comes to allegation of Trystan refusing to hire a new developer, he responded with the following on the discord channel:

“I refused to hire 1 new developer who was only here to help Joe with his software[.] And I didn’t even refuse.”

Trystan did confirm that he holds the team budget and provided a screenshot of the two wallets with a combined value of over 3 million NLX. 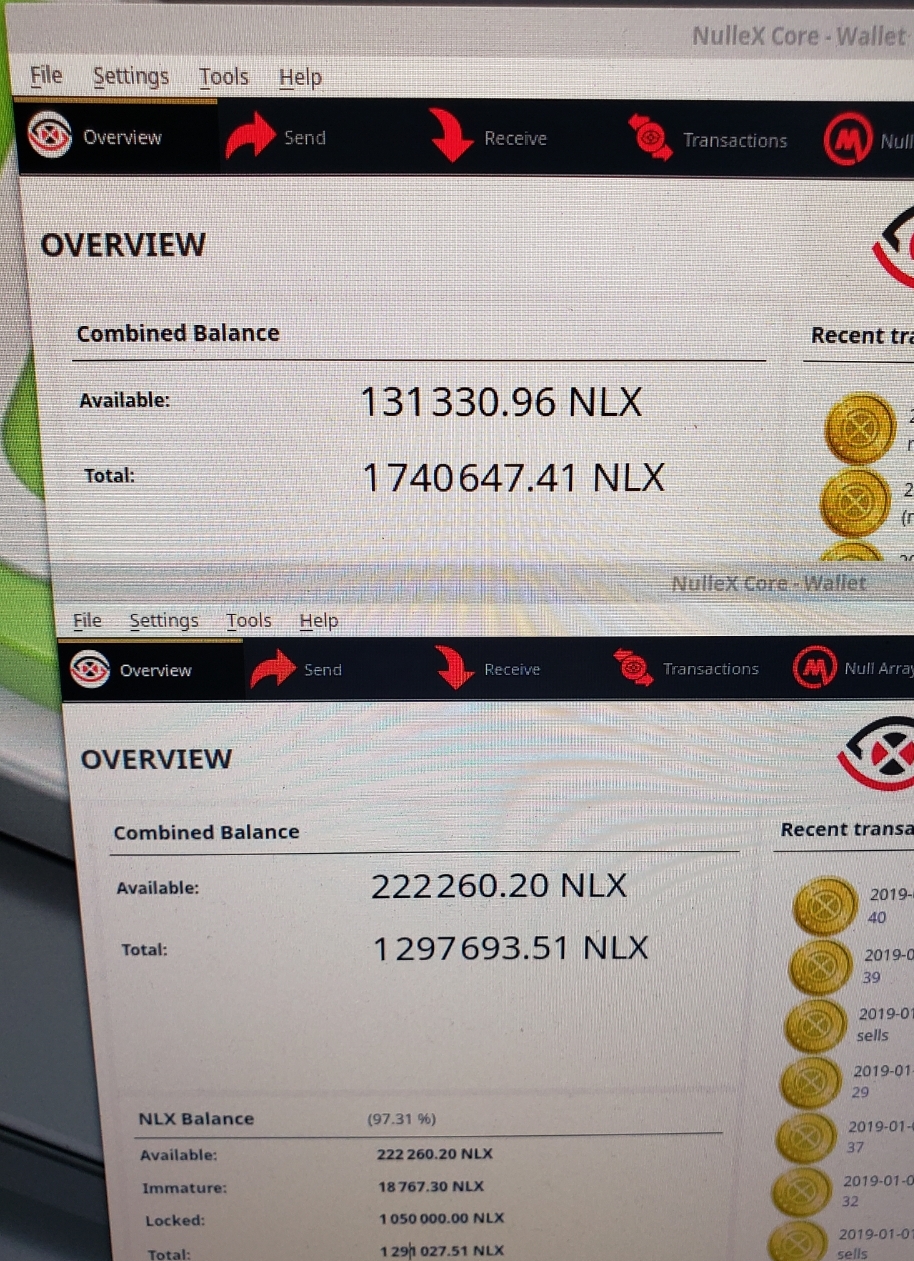 What Will Happen Moving Forward?

As of right now, there are no set plans in place for what will happen moving forward. Looking at their telegram channel it seems that most of the team members sided with Erik and will be moving forward without Trystan. Their plan is to either fork or swap NLX to a different project.

On the other hand, Trystan is planning to stick with NLX and continue working on the project. When asked about any future development plans Trystan said:

“No I dont have anything concrete at the moment tbh. This wasnt a planned event. I have a few people that I’m interviewing, I have a few old team members that Erik pushed out that expressed a desire to return now he is gone… the Null Protocol is in full development by myself. There are a couple other coins that have beat me to the punch developing the concept, good news is that their testing it right now. As soon as they release the code I can adapt it to NLX with no problems. None of those guys that left are developers. Not like I could put tasks to them… I’ve been the only developer here ever.”

Lessons to Be Learned

There are a few lessons to be learned from the NulleX team split. The first one is that a complete decentralization of the ownership of a budget and important social media is required for any cryptocurrency project. If only a few people own the major communications channel of a project, it creates an avenue for team members to take sides and make decisions without the other team members’ approval.

The second lesson to be learned is that when a disagreement does happen, it’s important to handle it with extreme caution. The NLX price dropped over 50% since the announcements on January 7th, that is after the cryptocurrency was already doing relatively poorly due to the failed DMRS implementation.

If the split had been handled more professionally and without emotions, the price of NLX could have been saved from the major dump. At the end of the day, one has to keep in mind that regardless of the internal disagreements of the team it’s important to protect investors who put their faith in the project.

Having a chance to speak to one of their investors on telegram “Shake And Bake,”  he had the following to say:

“This entire thing has me furious man. I was one of the biggest holders, team kept encouraging me to buy no signs of conflict. For it to happen like this during this where I took a 20k loss, I’m speechless. Was one of my golden tickets.”

It pains me to see the people who invested their hard earned money into NLX, only to see the project fail. Some have even told their friends and families to invest in NLX, and losing someone else’s investment is almost worse than losing just your own.

When leading a cryptocurrency project it’s important to put all egos aside especially when it comes to something as unpleasant as a team split. We can only hope that the new NLX or the new project that comes from this split will regain the community’s confidence and allow for an out for those investors that took a huge loss during the recent events.

The recent NLX news has also been covered by mnmmg (masternode money making guide), which you can read about here: http://mnmmg.com/nullex-developers-announce-project-fork-and-coin-swap/