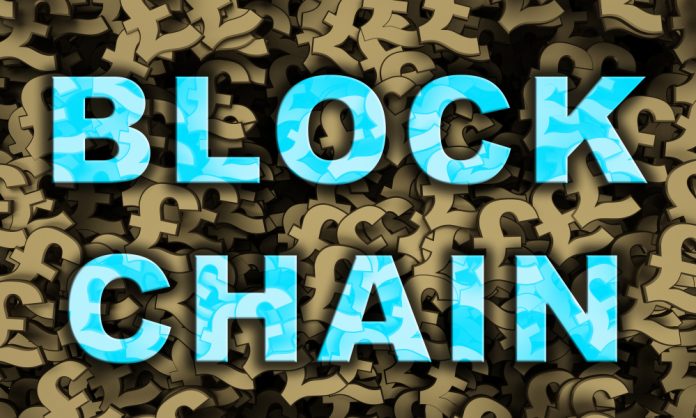 It was shocking – and offending – when I heard the news of Katlego Marite’s kidnapping and that the kidnappers had demanded ransom in Bitcoin. As Kai Stinchcombe puts it in Ten Years In, Nobody Has Come up With a Use for Blockchain, blockchain has no real use except “currency speculation and illegal transactions”.

But is that really the case? Have all the efforts to disrupt banking and remove middlemen ended in creating a haven for illegal activities?

Blockchain is sometimes referred to as Web 3.0. Web 2.0 gave birth to interactive websites and social media platforms, facilitating collaboration between people like never before. They are the new giants: Facebook, Uber, and Airbnb all stem from this evolution. But it also had its downsides.

We now have too much control in the hands of central authorities, where misuse or even hacks can lead to breaches affecting millions of people – whether it’s a “breach of trust” as with Cambridge Analytica, or flat-out theft as with Equifax. Furthermore, these giants either charge high fees for their middlemen services or use your data for their trade. Nothing is free. This is where Web 3.0 comes into the picture.

In my earlier posts, I discussed how blockchain removes the middlemen, so let’s focus on two new aspects here: is this necessary? And what would the benefits be?

The main opposing argument is that anything a blockchain system can do, a central system can do that much better, and faster. From a simple mathematical standpoint, this can be true; instead of updating several computers and having them replicate everything at all times, it is much easier to update a central location. But the problem is that these central locations have a tendency to misuse their powers. That is why we need to get rid of them.

With blockchain, you put your trust in cryptography instead of a central authority. This frees us from unnecessary fees and censorship, as well as hacking and single points of failure. Hacking a blockchain is much harder than hacking a database, and if some nodes in a blockchain network fail, the rest of the net will keep functioning just fine.

Of course, this is an ongoing debate. Many would welcome the services of a central authority. For instance, you cannot reverse a Bitcoin transaction if you detect fraudulent activities on the other side. Once you pay, it’s gone. The crypto community welcomes this feature, since the same process has been misused through trolling and chargebacks. Smart contracts are slammed for not being that smart, and you still need to trust the coder of a given contract, just as you’d need to trust a lawyer to write a legal contract.

But there is a much more fundamental change coming with the third Web.

The token economy that blockchain projects create is more than just creating new currencies. A plausible side effect of this decentralized economy is that the coin holders are incentivized to make the prices of their coins rise. As such, they become the advocates and marketers for their coins. As Jeremy Epstein reveals in The Decentralized Marketing Organization, “Marketers who are employees in a centralized organization are accountable to the leaders who judge their results and decide their compensation. In a decentralized project, many of the people executing marketing tactics are token holders who need to be inspired, educated, and activated without the typical hard and fast guardrails of a traditional scenario. Their compensation doesn’t come from a boss; it comes in the form of market response to their aggregated activities, as measured by the appreciation in the value of a crypto-token.”

In the decentralized model, it is the core who is accountable to the edges – a total flip of the marketing model as we know it.

The Web 2.0, and specifically social media, was called the biggest innovation in the economy since the invention of bread. Before that, people would go out in the forest, hunt down one antelope, eat it, then go for the next. But with the invention of bread, the entire model changed; people could now produce much more food, and communities started to form. Our civilization was based on this.

Social media brought the same disruption to online marketing; instead of brands going out after individual customers, they can now create engagement around their brands and products. Instead of one-directional advertising about how good a brand’s products are, people are given a voice and can leave real feedback and impressions about those products. Brands have to shift their focus from spending money on advertising to spending money on the quality of their products so that people ‘like’ and share them.

Web 3.0 takes this one step further; it converts the customers to marketers. Instead of a centralized marketing system that adheres to what a boss might think, the new model is democratized and requires the brand to inspire. This model is also much more efficient since, according to Epstein, “innovation, insights, and awareness happen at the edge of the networks, not in the center.” The magnitude of customer-marketers and the interactions they have not only outnumber what the center could achieve, but are also implemented and executed much faster. Thus, brands are pushed even more to improve the quality of their products, to create something their customers love, as they will take care of the marketing.

Where authorities and regulations become part of the problem instead of being part of the solution, blockchain offers a viable alternative. That’s why the UN used blockchain to issue identities to refugees in a Jordanian refugee camp – a process that would have otherwise required months of time and tons of paperwork. Blockchain’s decentralized model makes it impartial – resistant to bias, censorship, or even technical failures. This impartiality is important in designing systems that work between platforms – for instance, an item collected in a Ubisoft game could be used in one developed by Activision Blizzard. Since there is no biased, central authority, both companies can trust the protocol, and the gamers win.

Returning to the case of Katlego Marite, blockchain could actually be the only platform which prevents such transactions. What I’m about to propose would require a new fork or smart contracts, but it’s doable: since blockchain is immutable, we could have a feature that would efficiently block funds coming from illegal transactions. For instance, I could set a blacklist of addresses I never want to deal with, nor deal with any money coming from such sources. Immutability would ensure that no matter how deep into the transaction, if my wallet detected that the incoming funds had any association with such transactions, it would reject them. With this feature, it would be best for anyone to blacklist such accounts as soon as possible so their own accounts don’t get infected either. Besides the humanitarian factor, it would be better for Bitcoin’s own reputation too.

Blockchain has the ability to do much more than just facilitate illegal transactions and speculation – it can bring power to the people. We just need to use it right.