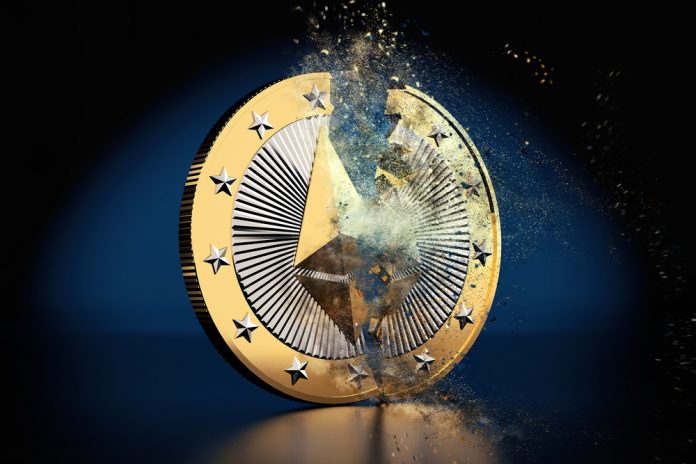 Even though the Ethereum network is receiving some scaling upgrades, network issues still tend to pop up now and then. Over the past few weeks, the network has seen a rather hefty influx of transactions which seemingly don’t serve any purpose. A recent discovery by a Reddit user shows someone may be purposefully clogging up the Ethereum network.

While Ethereum’s blockchain is very powerful and boasts numerous technical advantages, it is also held back in some ways. When it comes to processing large amounts of transactions, Ethereum doesn’t fare much better than Bitcoin or other public blockchains. Despite a higher transaction throughput, this blockchain tends to get clogged up on a somewhat regular basis.

These issues have been well-documented in the past. Both the CryptoKitties network as well as some of the bigger initial coin offerings of Ethereum-based tokens have caused the blockchain to slow down and transactions to become stuck. Most users have addressed this by paying higher gas prices, although that is not a viable long-term solution whatsoever.

It now seems a new attack against the Ethereum network is brewing. Rather than trying to hack an ICO project or steal Ether, one particular contract is creating large amounts of blockchain bloat. This information was outlined on Reddit, and it seems the contract in question serves no purpose and should not even be in use. For some reason, the token associated with this contract is generating a lot of transactions, which is heavily inflating the average gas price on the Ethereum network.

Most of the accounts related to this token’s transaction activity appear to be controlled by the same entity. It is difficult to say if that is the case for certain, but it seems these accounts are all actively spamming the Ethereum network. Since the tokens are not being used anywhere nor actively being traded, it seems safe to assume the initial contract’s creator is responsible for all of this activity.

The bigger question is what anyone would gain by spamming the Ethereum blockchain with useless token transactions. Raising the average gas price doesn’t benefit anyone other than Ethereum miners. It seems highly unlikely any of the miners or mining pools is involved in this scheme, although nothing is impossible at this point. It is a very worrisome development for Ethereum, as attacks like these can cripple the network if they are left unchecked for an extended period of time.

With Ethereum’s upcoming scaling solutions, incidents like these will ultimately become irrelevant. Exactly when sharding and Plasma will come to the network remains a bit unclear. One can only hope this alleged attack stops sooner rather than later, although it seems highly unlikely that will happen anytime soon.