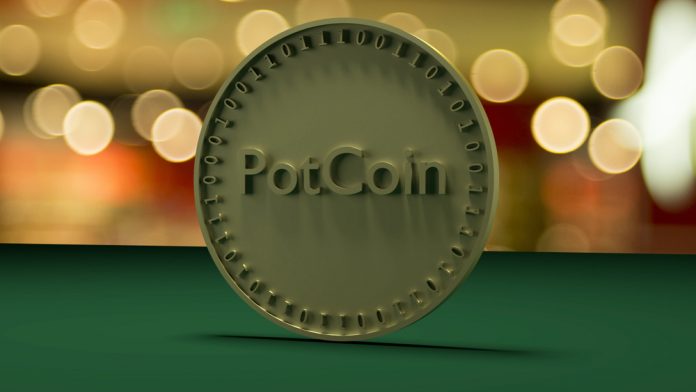 Just two or three years ago, the headlines and events involving cryptocurrency that currently take place worldwide could not have been imagined. When PotCoin caught everyone’s attention for its appearance at the recent summit between leaders of the USA and North Korea days ago, it was certainly one such instance.

Dennis Rodman arrived in Singapore on June 11 dawning a “Make America Great Again” hat and a PotCoin.com tee. Rodman, perhaps one of the most unique ambassadors the world has seen, has played a key role in US-North Korea diplomatic relationships since his first visit to North Korea’s capital, Pyongyang, in March of 2013.

Just arrived to Singapore for the Historical Summit! Looking forward to @POTUS having incredible success that the whole world will benefit by. Thank you @potcoin for supporting my mission! #Peace #Love #HistoricalSummit #Singapore #PresidentTrump #MarshallKimJongUn pic.twitter.com/XNDsyBjLv8

This is the second instance in which the eccentric former NBA star has been sponsored by PotCoin on his diplomatic trips, the first being in 2017. In reference to the sponsorship, PotCoin’s Shawn Perez made the following comment:

The PotCoin team as a community has been incredibly supportive of Rodman’s peace mission from the beginning. We’re thrilled to see how the political climate has improved between North Koreans and the U.S. since he became involved.

Although marijuana is legal in a number of US states, the drug remains illegal at the federal level. As such, many cannabis shops and other businesses in the field find themselves unable to receive adequate banking assistance. As such, many stores have elected to simply deal in cash. However, this has made numerous locations susceptible to robbery. PotCoin seeks to become the universal banking alternative for marijuana businesses across the US.

PotCoin’s price responded immediately to the global coverage, seeing an over 30% increase in the hours following Rodman’s arrival in North Korea, rising from US$0.075 to $0.10. Unfortunately, PotCoin has since been unable to maintain that growth, and has seen much of its gains diminish alongside the absolute slaughter of cryptocurrency markets over the past few days. PotCoin’s trip to North Korea in 2017 saw similar price action, as the coin temporarily shot up 60% before losing much of that increase over the course of the next several days.

Many experts have named Dennis Rodman the single most important tool in understanding and unifying the minds of Kim Jong Un and Donald Trump. However, the relationship between the two leaders remains unclear and constantly changing. A major takeaway from the summit was Trump’s assertion that North Korea should disarm its nuclear program by 2020. Semantics aside, such a reality would be a marvelous achievement by the president and others like Rodman who work in the name of peace between the two nations.