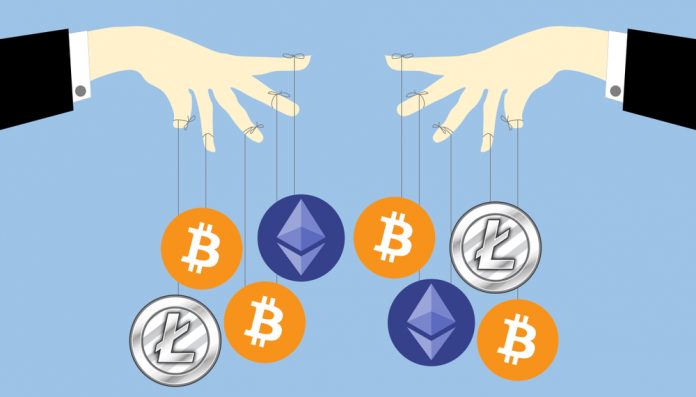 Rumors regarding Bitcoin and price manipulation have been present for quite some time. It seems things are accelerating in this regard, with multiple investigations taking place as of right now. A new study indicates that Tether may have been involved in market manipulation in more ways than one.

Most cryptocurrency enthusiasts are well aware that Tether has been associated with Bitcoin price manipulation. Throughout 2017, it seemed the Bitcoin price was being propped up by some unknown factor. Although speculation has been running wild in this regard, a lot of the discussions touched upon Tether’s involvement.

With this company “printing” more USDT tokens whenever the Bitcoin price fell, an interesting correlation became apparent. Although such evidence is circumstantial at best, it also shows there is no such thing as coincidence in the world of cryptocurrency. Proving that Tether is doing anything wrong will prove challenging, for rather obvious reasons.

A new study conducted by the University of Texas at Austin paints a very interesting picture. More specifically, the document claims that both Bitfinex and Tether may have manipulated the Bitcoin price in an effort to continuously prop up its value over time. Generating fake demand for Bitcoin by buying up BTC with Tether seems to have been one concept explored by the company.

Moreover, the researchers also confirmed that the increased issuance of USDT directly resulted in higher cryptocurrency prices. Considering that the Bitcoin price rose to nearly $20,000 in early 2018, it was only a matter of time until things calmed down a bit. So far, that “calming down” effect has been more than visible, as the Bitcoin price has lost over 60% of its value in the past five months, with little improvement in sight.

The researchers closely examined the public Bitcoin ledger, as well as transactions recorded on OMNI pertaining to Tether and USDT. Half of the 2017 Bitcoin price increase can be directly linked to Tether’s increasing the USDT supply, which is a finding that won’t really surprise anyone. However, this does not affect just Bitcoin, as the same level of manipulation also affected Ethereum, Zcash, and any other currency with Tether trading pairs on Bitfinex.

While this study seems to condemn both Bitfinex and Tether, one always has to keep in mind there is a lot more to these stories than meets the eye. Until proven guilty, neither Bitfinex nor Tether has done anything wrong officially. With more and more research pointing the finger at these companies, an official investigation may be launched sooner rather than later. For its part, Bitfinex has stated that Tether can’t be issued in order to prop up the value of any currency on its platform.