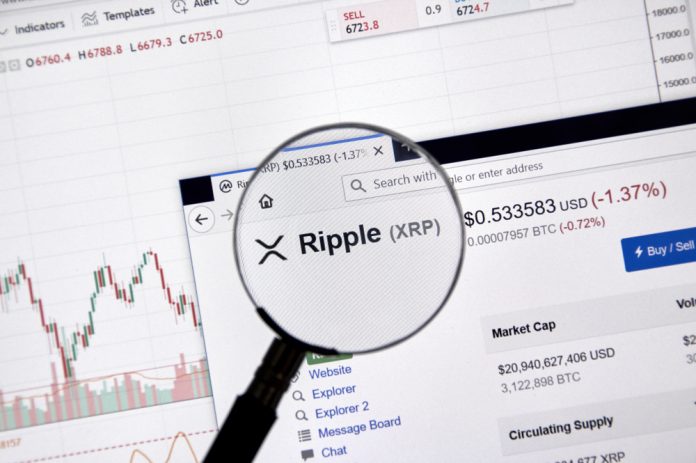 There are still some concerns as to whether or not Ripple’s XRP will be labeled a security. The SEC has not yet rendered its verdict in this regard. Another lawsuit has been filed against the founder of Ripple Labs, alleging that the defendants broke state and federal securities laws by selling the unregistered XRP asset.

Even though Ripple’s XRP asset has surged in value, the project has come under a lot of scrutiny for various reasons. Not everyone is convinced this asset should be placed in the same category as cryptocurrencies or even be traded against the likes of Bitcoin. That situation will not be changing anytime soon, by the look of things, yet that doesn’t mean the XRP debate is over. In fact, the real concerns are only now materializing.

A few months ago, the SEC made it clear they were taking a very close look at two specific currencies. First of all, they ruled that Ethereum was not a security, even though its crowdsale process had a lot of similarities with initial coin offerings. Thankfully, it seems Ethereum is in the clear right now, although it remains to be seen if that same ruling will apply to XRP. The SEC has yet to render its decision on that front, and there’s no indication as to how things will evolve for Ripple’s native asset.

The growing number of lawsuits filed against Ripple Labs over its issuance of XRP is not helping matters much either. A third lawsuit has been filed, and considering that all three lawsuits were filed in the past two months, it is evident there are plenty of concerns regarding the future of Ripple and its native asset.

Similar to the prior two lawsuits, the latest one alleges Ripple Labs broke state and federal securities laws. Although it remains unclear if Ripple Labs did anything along those lines, it is possible some of these charges will stick. The plaintiffs filing this most recent lawsuit are mainly interested in obtaining a refund for buying XRP tokens, as well as financial damages.

It is also not the first time a plaintiff has claimed XRP was basically a never-ending initial coin offering. The currency is still being sold, with Ripple Labs having most of the supply in their control. Even so, there is no active initial coin offering associated with this project as of right now, and making these charges stick will prove to be rather difficult. It also appears a lot of people are still having issues distinguishing between Ripple and XRP, as they are not one and the same.

It is of the utmost importance that the SEC issues its final verdict on XRP sooner rather than later. As of right now, an uneasy situation remains in place, and there is plenty of confusion and misinformation to contend with. Solving these problems and putting people’s minds at ease will prove incredibly challenging. None of these developments have had any real impact on the XRP price so far, although that situation can always change in a heartbeat.