Despite a wave of green in the past 24 hours, Bitcoin still remains range-bound below $3,700 for a third week. The currency was trading at $3,630 at press time, having registered a 1.4 percent gain in the past 24 hours. In some markets such as Coinbase and the dominant BitMEX, the currency was trading below $3,600. Bitcoin is now approaching breaking its record for the longest bear market ever, registered between 2013 and 2015. However, as many will recall, it then went on its best run yet after the market hit a bottom.

And despite the price being unable to break out, the good news keeps flowing in. According to a new report, the new Samsung Galaxy S10 will contain a built-in crypto wallet. Samsung is one of the largest smartphone makers in the world. In 2018, it sold more devices than Apple and the endorsement could go a long way in taking crypto mainstream.

Bitcoin has seemed unable to break out of the $3,500-$3,700 range since January 10. After a brief resurgence which saw it come within touching distance of $4,100, it then lost $400 in a flash. It has struggled to make up the lost ground, with recent price movements being painfully sluggish.

This is turning out to be one of Bitcoin’s longest price corrections. In fact, it’s only a few days away from being the longest winter in Bitcoin’s decade of existence. The previous run extended from November 2013 to January 2015. The currency shed 84 percent of its value in 410 days, losing $946 to bottom at $178. It then traded below $300 for ten months before beginning the predecessor to its historic 2017 bull run.

Bitcoin’s current inactivity is even more conspicuous given the flurry of positive news in the industry. Currently, the number of transactions is at one of the highest rates it has ever been. Some states such as Iran have been reported to be using Bitcoin to escape the devastating effects of U.S sanctions.

Adding on to this, Weiss Ratings reported that Bitcoin’s adoption has continually risen in 2018 despite the price drop. The firm, which is one of the leading rating firms in the world cited five reasons behind this growth. They include increased security thanks to more computing power, a rising number of daily active users and the transaction volume which doubled over that time.

Samsung to Lend a Hand

And in yet more bullish news, Samsung could yet again give the crypto world a reason to smile. The electronics giant has been one of the biggest investors in blockchain technology over the year. And now, its latest phone reportedly has a built-in crypto wallet.

The new Samsung Galaxy S10 is yet to be announced but photos have already been doing round on the internet. While many technophiles have been marveling at its camera, UI and its enhanced screen, the crypto world is leaping in joy at something else. 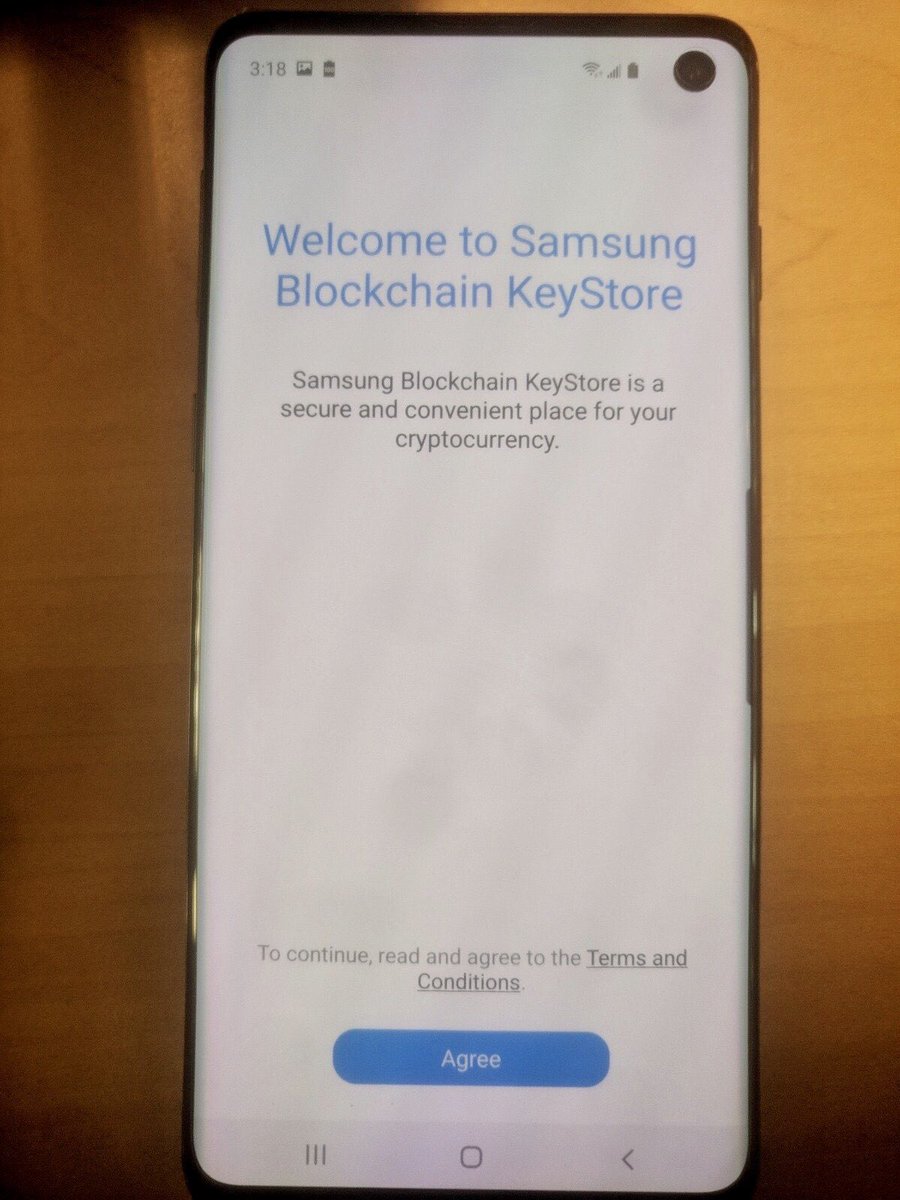 The app will support Bitcoin, Bitcoin Cash, Ethereum and several ERC-20 tokens which are yet to be named. It also gives users the option of importing a previous wallet or creating an entirely new one.

The S10 will be launched officially on February 20 during the company’s Galaxy Unpacked event. Shipping will begin in March. The S10 could introduce cryptos to millions of people especially given the wild popularity Samsung enjoys. The Korean giant is the world’s largest smartphone maker, ahead of Huawei and Apple respectively. In the third quarter of 2018, Samsung sold 72 million devices despite sales being down 13 percent.