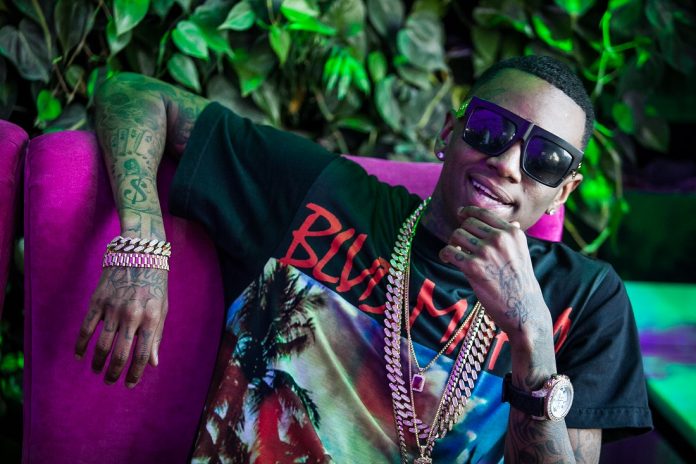 Getting consumers excited about cryptocurrencies has been very challenging, even with the current lower prices. At the same time, one cannot ignore the overall interest in Bitcoin and top altcoins continues to grow, which might hint at bigger things to come. Soulja Boy, a well-known rapper, is now getting in on the action by releasing his “Bitcoin” track to the public.

For music producers, finding new lyrics and things to talk about is always a tough act. Over the years, the growth in popularity of cryptocurrencies has provided a lifeline of sorts. More specifically, various rappers and producers tend to turn to cryptocurrencies for some time now, albeit no major artist has taken the plunge in this regard.

That situation has come to change courtesy of Soulja Boy. The notorious rapper is apparently in on the Bitcoin trading action. Another option is how he talked to some cryptocurrency traders and used their responses to create a new rap track. The “Bitcoin” track by Soulja Boy is part of his “Young Drako” album, which has been worked on for quite some time now.

So far, the new album seems to be getting positive reviews. One would expect a Bitcoin-themed rap track to be significantly out of place as part of such an album, but it seems no one openly opposes the Bitcoin references just yet. More importantly, it is not a diss on cryptocurrencies either, but rather aims to achieve the opposite effect. A surprising decision by Soulja Boy, though one cryptocurrency traders will welcome with open arms.

The lyrics which make up the “Bitcoin” track contain a lot of references to cryptocurrencies and the aspects which surround this industry. Ranging from trading to the Lambo craze and Square Cash, the references are plentiful first and foremost. A lot of hidden treasures can be found within the lyrics, even though the track might not be music to everyone’s ears either.

To date, it seems rather evident Soulja Boy might not be involved in Bitcoin trading directly. Instead, he is trying to capitalize on the current hype surrounding cryptocurrency, yet seems to do so in a very positive manner. This is in stark contrast to how the mainstream media usually approaches Bitcoin, as they are mainly interested in dissing the industry as a whole.

It will be interesting to see if Soulja Boy has kicked off another trend among music producers. If that is indeed the case, one can expect a lot of additional cryptocurrency references to show up across different song lyrics in the coming years. It is unlikely this will have a positive effect on the cryptocurrency industry as a whole, although one never knows how things will pan out for Bitcoin and altcoins.