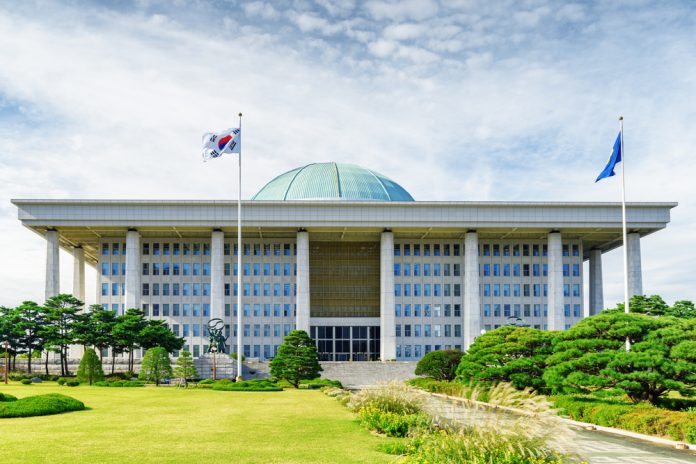 A lot of things are changing in South Korea’s cryptocurrency ecosystem. With all major exchanges adhering to self-regulation, the government has bought additional time prior to introducing official guidelines. It seems that regulation will be introduced a lot sooner than originally thought.

According to local sources, there will be some regulatory changes in South Korea fairly soon. Local lawmakers are preparing to introduce official guidelines for cryptocurrency, blockchain, and initial coin offerings. The first two areas will be of particular interest, as there has never been any official rule set for either industry in the country to date.

An “unusual” session of the South Korean National Assembly is taking place from July 13 to July 26. It is expected the new rules will be unveiled during this extraordinary session, although nothing has been officially confirmed at this stage. Several lawmakers have drafted their final proposals, which seems to indicate they will be introduced at some point over the next two weeks.

One has to keep in mind that these are merely proposals being put forward. Nothing has been turned into law yet, and it is unlikely that situation will change in the coming two weeks. Anything is possible in South Korea when it comes to cryptocurrency regulation, although the government is mainly interested in bringing more legitimacy to this industry rather than ban all activity.

Earlier this week, South Korean cryptocurrency exchanges all received a favorable “audit” from the Korean Blockchain Association. That came as a bit of a surprise, especially in light of the recent hack which affected the Bithumb trading platform. Even so, it seems self-regulation has been a positive step toward official cryptocurrency regulation in the country. Preventing money laundering and other criminal activity will remain one of the top priorities.

With South Korean regulators paying positive attention to cryptocurrency, the ecosystem will continue to grow and expand. Even though there is still a lot of work to be done prior to taking this technology mainstream, all of these developments are fueling global adoption of Bitcoin and altcoins. No short-term changes in terms of pricing are to be expected at this time.