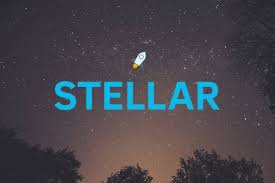 It has become very apparent how all cryptocurrencies will continue to benefit from this positive momentum all day long. With no initial dip in sight, the current momentum is very bullish. If the Stellar price trend is any indication, the coming hours will be very crucial. A 26.46% gain can’t be sustained indefinitely, but there is no sign of slowing down.

One has to wonder where all the positive cryptocurrency momentum is coming from as of right now. It is an entirely unexpected turn of events, although there has been a genuine feeling Bitcoin might turn bullish later in 2018. So far, it seems that prediction holds up, as the current bull trend remains in place without any major setbacks.

This trend has not just affected the value of Bitcoin and Ethereum. By far the biggest “gainer” in the top 15 is Stellar. Although this trend has formed some time ago, the Stellar price continues to shoot upward. The past 24 hours alone has resulted in a 26.46% Stellar price increase. It is not unheard of, although sustainability will always remain a big question.

The current Stellar price trend is also aided by major XLM/BTC ratio increases. Unlike Ethereum, which loses ground to Bitcoin, Stellar is surging ahead. A 13.86% increase in favor of the altcoin over the past 24 hours result in extremely positive overall momentum. If this trend keeps up, the Stellar price should surpass $0.3 later today.

Despite all cryptocurrencies benefiting from a heavily increased trading volume, Stellar’s trading volume hasn’t changed all that much. Although $109.136m in 24-hour trades is not all that bad, it is not necessarily enough volume to sustain this current Stellar price trend for much longer. One would expect people to flock to XLM all of a sudden, but that is not happening just yet.

Binance is still leading the charge in terms of XLM trading volume. Its BTC and USDT pairs are in the top two, followed by Upbit’s KRW market. BCEX inched its way to fourth place with a CKUSD pair, followed by CoinEgg’s BTC pair. Kraken is also making some waves in the top ten, which is rather unusual for this exchange. This seems to indicate there is a lot of fresh capital entering the market as of right now.

Sustaining the current Stellar price trend will prove to be extremely difficult. Despite the positive momentum, there simply isn’t enough trading volume to keep the momentum going as of right now. At the same time, stranger things have happened in the world of cryptocurrency and digital assets. As long as the Bitcoin price remains in the green, altcoins and digital assets will see some positive momentum for the foreseeable future.