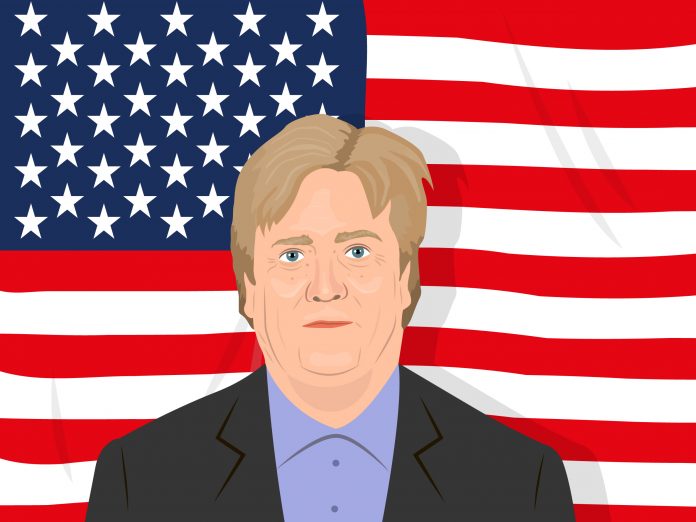 Stephen Bannon believes that cryptocurrencies can disrupt the financial industry in the same way that Donald Trump disrupted American politics. He also revealed that he owns a “good stake” in Bitcoin and that he has invested in a number of crypto startups through his investment company, Bannon & Company. In an interview with The New York Times published on June 14, the former White House chief strategist revealed that he has been attracted to cryptos for a long time, as “they break old rules, they exist on the periphery, and they pose a challenge to the powerful figures and institutions that have long called the shots.”

Bannon is especially excited about the prospect of a national coin, and assisting nations that want to establish one. As reported by the Times, he has previously suggested launching a new virtual currency known as the ‘deplorables coin’, in reference to a term that was coined by Hillary Clinton for some Trump supporters. The man who has held various positions during his long career including vice president at Goldman Sachs says he is fascinated by the prospect of nations creating digital currencies that are tied to natural resources found in their jurisdictions.

Bannon is involved in a number of crypto startups, he revealed. However, he didn’t mention any names, saying that he feared the controversy associated with his name might have a negative impact on the projects. The former CEO of alt-right news site Breitbart News believes that the person or entity that controls the monetary system has ultimate power. He also referred to cryptos as revolutionary.

Not everyone is as enthusiastic about Bannon’s interest in cryptos, however. Colin Platt, a crypto researcher and trader, views this as the last kick of a dying horse. Moreover, characters like Bannon detract from the industry’s credibility at a time when it’s striving to increase its mainstream appeal, Platt told the newspaper.

It almost seems like a natural progression for a man who gained prominence by shoveling out unfounded conspiracies to now shilling complex technology and financial instruments to an unsophisticated investing public.

Indeed, the credibility of blockchain as a revolutionary technology that can solve some of the biggest challenges facing the world has been greatly compromised by frivolous things for which it has been used. One of these is the infamous crypto cult, Zero Ex Omega. Built on the Ethereum blockchain, the ‘religion’ is the brainchild of former Augur CEO Matt Liston. The platform tackles the decentralization of religion and the creation of a new religion in which everyone’s views count as much as anyone else’s.

Liston has come under heavy criticism from the crypto community, with many viewing this as a cancerous growth which, if not attended to soon, could greatly undermine the industry’s credibility. Others remain supportive of Liston’s efforts, stating that the blockchain’s uses are infinite and that this is just one of the many.