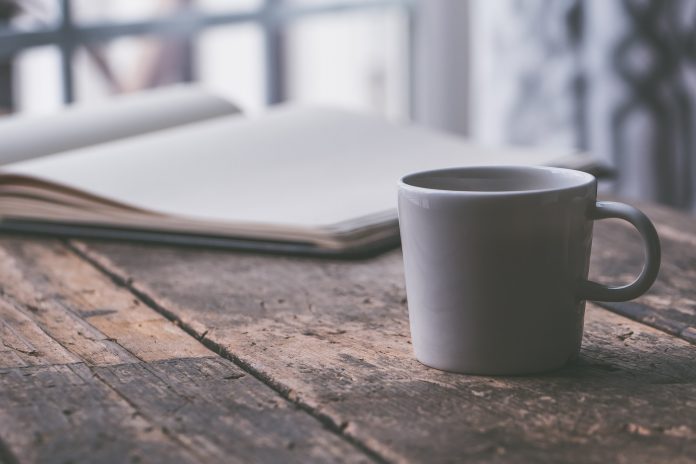 At the beginning of 2018, I wrote an article outlining a New Year’s resolution that I thought could help boost cryptocurrency adoption and awareness in 2018, as long as enough people were doing it. Last week was the twenty-third installment of my challenge. This week was somewhat quiet, but I did manage to satisfy most of the criteria for my challenge. Let’s get into it!

I went to a small, cozy tea shop recently to start rereading Andreas Antonopoulos’ The Internet of Money Vol. 2 and was approached by another patron who’d noticed my book. They had heard about cryptocurrency last December with Bitcoin’s meteoric rise, but had not really given it much thought since then. It was an excellent opportunity to discuss the original technology and ideology behind cryptocurrency.

Our conversation started where it always tends to start: price and volatility. My conversation partner was put off by its high price and how wildly it had fluctuated in the past. They explained that they couldn’t really see a good way to get into it. I reminded them, however, that the birth of any new asset class will make waves, but that if they did want to get into it, they should only put in an amount of money that they’re willing to lose. A smile appeared on his face when I said this, and he told me that it was refreshing to hear someone say this about any asset.

We moved on to the technology, and I was even able to immediately introduce and cite Andreas since I had his book with me. We discussed how blockchains are, generally, dumb networks that can have smart applications built on top of them – and why this is a desirable characteristic for future-oriented technology. He started to get it, that the idea of trustlessness would be foundational to data and money in the future, and how blockchain can help achieve that. He did express concerns about some of these networks and their ability to scale to serve the entire world, but I told him that the technology was still young and such concerns are being addressed.

I learned that the ideology behind cryptocurrency is more attractive to non-crypto-fluent individuals than I’d previously thought. After explaining how cryptocurrency and blockchain technology empowers individuals by returning responsibility to oneself, I saw this individual’s eyes light up. We spoke for about 10 minutes on this subject alone, and covered the shortcomings of the legacy financial system when it comes to equal and individual empowerment.

My tea was long gone, and I had other items to attend to, so I had to end my conversation with the fellow tea-lover. I actually was using a Dogecoin paper wallet with a trivial amount of Doge on it as a bookmark, which I gave to him. While I felt a little bad about how little I was giving him, he seemed appreciative and I believe he will continue to explore the topic for himself.

Are you participating in the challenge? How is it going for you? Tell us on Twitter or in the comments below!