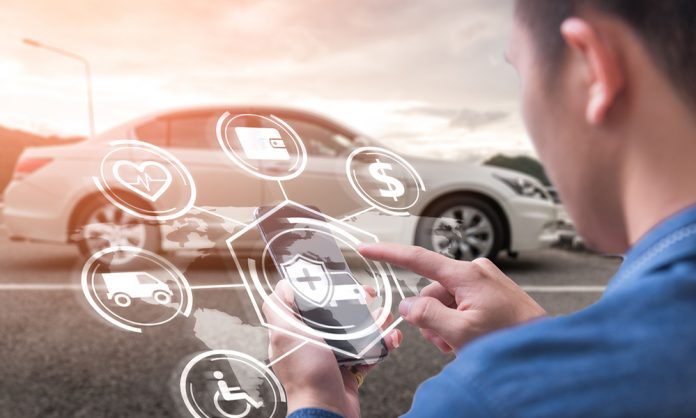 The conventional insurance companies are vulnerable to the world of technologies much like the vampires to the sunlight. The cause of this vulnerability is that the dominant majority of the processes become fully automated, and as a result, the entire departments become redundant. While a large part of the insurance industry turns a blind eye on this, somebody chooses to go all in. The new services are mushrooming on the market, and they are capable of providing the same service half the price and ten times faster. Kasko2go auto insurance application is a quintessential technology, which incorporates military grade AI, telematics, distributed ledger just to name a few. If this is present, then, what awaits insurtech around the corner?

The insurance industry has been considered a digital dinosaur, as it seems to be the last to react to the world of technologies. But the miracle finally happened. Criticizing is easy and maybe it is time to put the cynicism aside. The failure to embrace tech is not surprising — insurers are necessarily conservative, leaning on archaic models, highly regulated and complex. The change has come in the face of the insurtech.

Digitalization of the insurance industry is supplemented with over-excitement which is understandable. The shift to the new paradigm is far from being completely benign because it can also lead to wasteful and misdirected investments as well as lost opportunities for the incumbent insurers. There is no warranty on fears of disruption, and at the same time, there are still areas where underwriting still has upper hand.

The first wave of insurtech has given birth to a whole active movement which can be compared with whirlpool, however, this activity brought little real disruption. Specialists and analytics are anticipating the second wave of the insurtech projects, and it is predicted to be far savvier, ambitious and creative, having huge potential to transform the way insurers cover risks. One can only wait and watch the industry respond. Or we can analyze the happening and take a sneak peek into the foreseeable future.

The current climate of insurtech

Before peering into future developments I suggest take a little tour around the insurtech. The phenomenon of insurtech entered the insurance industry a couple of years ago. The new digitized movement was embraced with open arms, which is reflected in the investment rates: $140 million in 2011 turned into $2.7 billion in 2015. During this period of time, many insurtech ventures (successful ones) moved on from the seed and venture capital rounds to advanced funding rounds.

Speaking about geographical distribution, 46 percent of companies are headquartered in the US, which has been the pioneering market for insurtech. The other 40 percent are based in Europe, the Middle East, and Africa. Right behind the United States, there are the UK and Germany, proud of their promising insurtech projects. Asia-Pacific region has 14 percent, however, is forecasted to become the fastest growing region in the next few years.

Initially, the major focus of the insurtech was in the retail segment. The dominant majority of the insurtech projects were set to serve retail clientele. And minority was centered around the commercial segment. Digitally savvy millennials display less loyalty to companies and tend to regard insurance policies (as any other financial service) as interchangeable provided that they meet personal needs. The modern user values convenience, ease, and swiftness and likes to execute transaction remotely without interacting the institution.

Insurtech environment targets principally pure risk insurance, where the companies have elaborated points of access to the value chain build on innovation. The technologies such as the Internet of Things, artificial intelligence, telematics etc. have enabled the development of the new product in the motor, home, and health insurance. Kasko2go auto insurance app is based on cutting edge-technologies including military grade AI to tackle all the challenges insurance industry has been helpless about for decades — fraud, bureaucracy, unfair pricing and bad driving culture. The app extends to an entire philosophy which is to create the community of safe driving. Thus, insurtech projects are about high hopes, global missions, large-scale social changes.

All of these improvements obviously drive customer engagement and retention. In the context of the distribution area of the value chain, the products are basically available for the consumers at their convenience. The product comparison is facilitated and the purchasing process is simplified. Adoption of the new techs stimulates the innovation of the insurance product, such as usage-based insurance, microinsurance, peer-to-peer insurance and even Insurance of Things. So, what’s next?

The substantial insurtech potential is identified in the areas which are not fully exploited yet. The legacy supply-side thinking of the first wave will no longer work: they seem to have a blind spot for innovative engagement models which go beyond the ongoing value chain. The long-anticipated second wave of insurtech mentioned above will generate new forms of customer and partner engagement, embracing ‘demand side’ paradigm. Insurtech products are expected to make new creative moves for generating real customer pulls.

The future of the insurance industry is in the hands of ecosystems, and they provide high chances for value creation. For instance, Tesla has been quite successful in moving the goalposts of the transportation and energy industries. Charismatic Elon Musk in his typically relaxed and plain way of speaking announced offering a lifetime insurance, and the price is included in the cost of the car. This announcement is not the only case reflecting the change of the traditional insurance model. Not change, but rather extinction.

The second wave will also fill in the existing gaps. The point is that the traditional insurers have relied on two points of convergence for a long time: the time of claim and the time of sale. With the world getting increasingly connected the data void will see the bridges. This tendency is seen today (and I am 100 percent sure it is here to stay): the data used to be perceived as a one-time event and was primarily used for determining premiums and risk profiles. The auto and health sectors are now offering deep personalization through dynamic analysis.

The ecosystem-based approach implies working with a huge number of third parties, providing relevant value offerings to end customers. This transformation presents an opportunity for the insurance entities, as insurance ecosystems will be much easier to protect due to network effects. The more data captured on clients, the more third parties involved. And the more third parties involved, the more powerful the value proposition will be for the end client. Ultimately, several large ecosystems may monopolize the market. Special attention must be paid to regulatory sphere: big amounts of data supporting new value creation lacks adequate regulation.

Insurance company from the future

The tech-driven revolution has just started. The future state of affairs is to a great extent dependent on the way global insurance markets interact with the customers and process the unthinkable amounts of data from numerous sources. The company which has transited from the traditional model to the digital one will be heavily reliant on smart tech, advanced data sciences, and prescriptive analytics. The tech-enabled initiatives will drive expenses out of the insurance entity operations and this will be a competitive differentiator.

The future insurance company is working on the basis of superior data standards which deliver a consecutively higher percentage of granularity and accuracy in risk assessment. Back-end processing automation will entrench rational pricing. The recurring aspects of policy and claims operations as well underwriting will be handled via self-correcting and self-learning automation. The contextual knowledge of the employees will be diverted to complex issues and business decision-making.

Conservative insurance companies have to realize the following: the threat from insurtech is real. The digitalizing process is on and it is redefining the next-generation insurance environment. There is only one option which is an adaptation. It will provide advantages to many operational areas and improve capital distribution. Before making a huge step for a mankind into the insurtech, the insurers must analyze innovation landscape and assess their own capabilities. The racing to the next boundary is on.