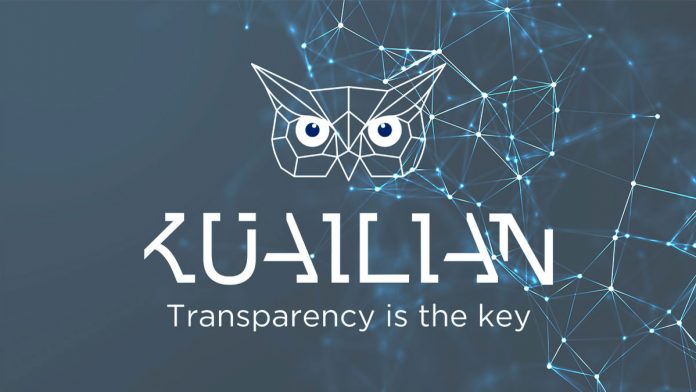 Cryptocurrencies have been with us for more than 10 years and since the publication of the Bitcoin White Paper, blockchain technology has not stopped evolving. At the same time, the way of working to obtain returns has also undergone a drastic evolution. It has been a long time since an individual user could mine with his computer and get rewards. The evolution of technology and the emergence of large competitors worldwide has now made blockchain investments profitable only for large players in the system. That is why today we present to you: the Kuailian ecosystem. 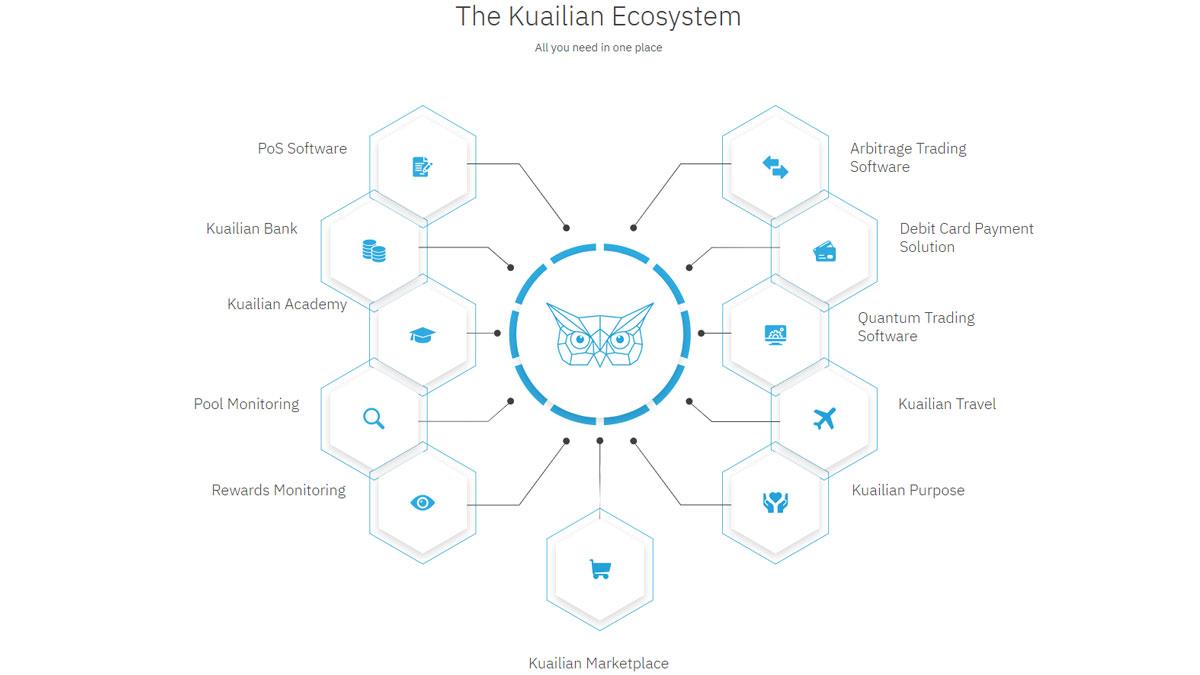 Kuailian is a company that offers us a complete ecosystem of tools to access the world of cryptocurrencies (buying and exchanging cryptocurrencies in its crypto bank), in addition to managing services based on blockchain technology without the need for great knowledge and without having to face large disbursements to acquire the necessary technology for it.

Kuailian is a company registered in Estonia, which together with Switzerland is the country in Europe that has the most developed legislation to protect businesses of cryptocurrencies, blockchain technology and its users.

The fundamental characteristic of Kuailian

Although it is indeed very difficult to select a single characteristic that defines a complete ecosystem such as Kuailian, it could be argued that its main differentiating value compared to the competition is its strong commitment to honesty and transparency through – precisely – the tools that blockchain technology enables us.

All the operations carried out by the company can be consulted in real-time. You can spend as much time as you want to track all of those operations (remember that blockchain records are public) and make sure that cryptocurrencies are working and generating results.

Besides, you can consult the legal records of the company in Estonia.

Smart Pool and Proof of Stake

Not all cryptocurrencies are like Bitcoin (Proof of Work), which to mine it requires huge electrical expenses and powerful equipment that are out of date in months. In other cryptocurrencies, to validate operations, you have to be in possession of a predetermined amount of said currency (Proof of Stake). Under this principle, it makes a lot of sense for a leading and market-savvy company like Kuailian to help us by creating large cryptocurrency exchanges that entitle you to validate trades (and collect rewards for it).

But technological evolution does not stop (and neither does Kuailian’s evolution). The most modern and powerful networks use new consensus protocols. Many people already know that Kuailian works with Master Nodes, which in summary are validators of high-performance operations and one of the main products they work with, but today in Kuailian different consensus technologies are supported such as: PROOF OF STAKE, DELEGATED PROOF OF STAKE, THRESHOLDED PROOF OF STAKE, MASTERNODES, PROFIT SHARE, PROOF OF AGREEMENT, PROOF OF HISTORY, PROOF OF AUTHORITY, TENDERMIT, HIGHWAY, BYZANTINE FAULT TOLERANCE (BFT), NON-BFT, SHOW, MULTI-BFT BFT, ASYNCHRONOUS BFT – FUTURE CASPER AND OUROBOROS.

This is where Kuailian’s ability to make something that would otherwise be inaccessible to ordinary people accessible. Both for the amount of cryptocurrencies necessary and for the knowledge required to deploy it. Thus, Kuailian uses a 1000-day long-term staking strategy and simple way staking (Stake / Unstake), which will be incorporated shortly. 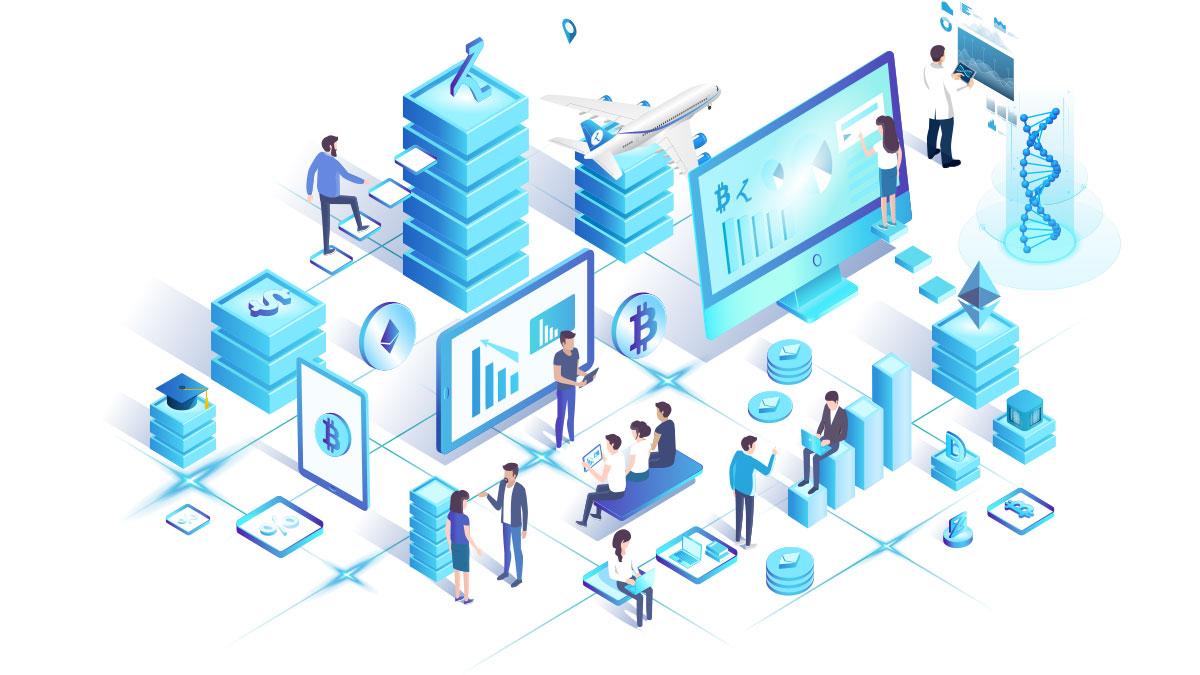 Kuailian has grouped and divided the Master Nodes so that they are accessible to all. They offer us the possibility of accessing a part of the rewards generated by their Smart Pool.

Next, we explain how -simple- the entry process to Kuailian is.

The way of organizing with the Kuais is interesting. On the one hand, it is accessible to everyone due to its low cost, and, on the other hand, users’ contributions are channeled to the Smart Pool, which is nothing more than the own system that Kuailian has developed, to simultaneously manage all the cryptocurrencies contributed by the users to create the Master Nodes. Dual purpose, as this ensures that new Master Nodes can be deployed each week through the acquisition of new licenses (either from new users or from existing ones).

All contributions are managed by a Machine Learning system, which analyzes the most profitable and liquid cryptocurrency market and Master Nodes, that is, that their rewards can be exchanged for Bitcoin and, in turn, to Ether. The system rotates towards them, thus maximizing the total efficiency of the ecosystem.

Finally, it should be noted that the benefits generated by our contribution to the system are distributed daily. This is a great advantage, we are usually used to dealing with heavy interfaces that require us minimum figures to be able to make a withdrawal, delays until payments are processed or even depend on an authorization … to have your own money! Kuailian, in its clear commitment to transparency, offers us its own system programmed by its team, a Dispersion Smart Contract developed on the Ethereum network, which distributes the benefits among users daily and without the possibility of cheating or errors ( in fact, the contract can be reviewed in any explorer for the Ethereum blockchain).

Extra: Both the Smart Pool and Kuailian Bank and the rest of the services have an affiliation system, by which each referral who becomes a user of Kuailian, will generate profits for the one who was its host.

Kuailian Bank and the next innovations

In its determined commitment to create a complete ecosystem, Kuailian has developed agreements to provide financial services. Currently “FIAT” coins can be deposited and exchanged for cryptocurrencies, but in the near future they plan to add a wallet and debit card to complement it, in addition to digital payment terminals among other financial services.

For its part, the Smart Pool will also grow and develop new options, such as high- frequency trading (HFT) and arbitration systems; all this through the same artificial intelligence system that governs the ecosystem.

Kuailian is not just a financial ecosystem, it goes much further, just like blockchain technology does. Kuailian’s main objective is to bring existing market resources based on blockchain technology closer together, to make them more efficient, more transparent and with a user experience never seen before. Very soon the Kuailian Travel ecosystem will be added, the first service that will be outside the company’s “financial” sector, and that will open the door to the arrival of new market resources that will make the company a benchmark in the blockchain world.

If you are looking for a company that makes your entry into the world of blockchain and cryptocurrencies more accessible … Kuailian is your best ally.