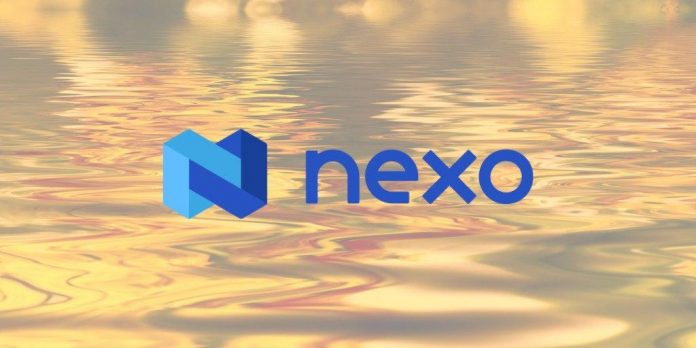 Tokenization is the process of substituting a tangible or intangible asset with a digital equivalent, for identity, transfer and storage purposes. Tokenization has increasingly become the greatest craze in the IT industry. Because of Bitcoin’s solution to the double-spend problem, the Internet now has the capability to create, link or substitute real-world assets with virtual ones, with the highest security and trust.

Tokenizing assets on the blockchain makes a lot of sense. As all transactions regarding money are increasingly done virtually, it seems the next logical step is that all transactions and transfers other than money happen virtually as well. Tokenization can allow us to transfer real estate, certificates, software, collectables, arts, precious metals, and so on, virtually.

Gold is traditionally known to be a scarce and precious asset. Over the millennia, civilizations have used Gold to account for their wealth, hold it as a reserve and even use it to trade it with strangers. All this was possible only because everyone unanimously believed in the value of Gold, irrespective of who was holding it.

Pre-2008 there were several projects such as HashCash and BitGold that wanted to implement scarcity on the internet. By making a scare digital asset that can act as an alternative or substitute for Gold. None of the projects took off, as they failed to either identify a mechanism to maintain scarcity or suffered problems of centralization – which was worse.

Even though the inherent value of Gold remained unaffected by the failing innovation, there still remained a hole to be filled. Innovators argued that if their projects were successful, transferring, accounting and recording the passage of Gold will be much easier than traditional hand-to-hand transfer.

Then came Bitcoin and history knows the rest. Eventually, people figured out that the scarcity of Bitcoin can be used to replicate it elsewhere. And thus, the advent of Digital/Tokenized Gold.

Tokenized Gold is the process of substituting Gold on the Blockchain. Tokenized Gold providers claim to hold physical Gold in their reserves and give out virtual tokens in exchange for the users to store, transfer and track. Several Dozen projects have come up since the idea was conceptualized, but the coin metrics of Paxos and its token PAX Gold have taken up most of the highlight.

PAX Gold (PAXG) is a token issued in the Paxos network. PAX Gold is a digital asset wherein each token is backed by one fine troy ounce (t oz) of a 400 oz London Good Delivery gold bar, stored in a physical location – Brink’s vaults. By holding a PAXG Token, one claims the right to the underlying physical gold, held in custody by Paxos Trust Company. PAX Gold is the only gold token that you can redeem for LBMA-accredited Good Delivery gold bullion bars.

Recently, almost $5 million worth of PAXG was bought by Nexo Finance. Nexo Finance is a Decentralized finance organization that leverages blockchain to provide banking based services, among other things. Nexo also allows users to start a credit line by borrowing more than 45+ fiat currencies and allows you to earn interest on idle crypto holdings. Nexo Finance, being an established financial institution for more than 10 years, claims to be the first provider of cryptocurrency backed loans.

As it is a Regulated entity, Nexo has the ability to provide a wide range of services with the utmost trust from its customers. Nexo has been known to be the leading DeFi (Decentralized Finance) organization with the highest customer satisfaction.

In order to fulfill the needs of the customer, Nexo moved to partner with Paxos. Due to the increase in demand from their customers, Nexo purchased more than $5 million worth of Gold through the PAXG token initiative. That’s because the flexibility of trading and investing in gold via the blockchain is quickly bringing back the asset’s popularity. Investors, especially young ones, are enticed by traditional assets as they are making a comeback via the blockchain.

Nexo, not wanting to fall back on their customer’s needs, went all-in on the proposal. “The gold bug and crypto enthusiasts mentalities have always been similar. It comes as no surprise that some of our 500k+ users are quite fascinated by the concept of tokenized physical gold, so we are glad to address their needs together with Paxos.” said Antoni Trenchev, Managing Partner at Nexo. Users at Nexo can now use the PAXG to get credit lines or use it to earn interest among other things.

It remains to be seen the effect tokenization will have on the traditional asset Gold. Over the 5000+ year-old history, Gold has always been a physical and tangible asset, bought and sold without hindrance. But now it’s all set to change. Tokenized Gold could be a welcome innovation in the cryptocurrency space. As young investors such as millennials and Gen-Z are more likely be attracted towards cryptocurrencies, this will also allow them to look at traditional assets and commodities like Gold. It could also reduce the friction of transfer as it takes all but a few clicks to send and receive or it could go wrong in a million other ways. Only time will tell how a traditional asset and a modern technology will mingle.

The information has been obtained from sources we believe to be reliable; however no guarantee is made or implied with respect to its accuracy, timeliness, or completeness. This material has been prepared for informational purposes only. This Sponsored Article was sourced from Visionary Financial . Visionary Financial and its affiliates do not provide investment, tax, legal or accounting advice.