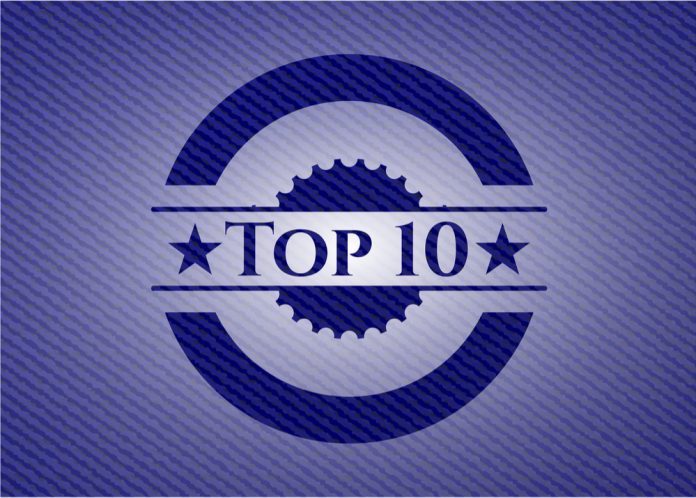 The Ethereum ecosystem has seen a massive influx of new decentralized and distributed applications. As such, the DApp ecosystem has grown significantly. Although it is difficult to put together a top 10 list which most people will agree with, below are 10 live and accessible DApps which caught our attention.

While there will always be a debate as to whether or not mixers add value to cryptocurrency, the decentralized Ethereum Mixer can be valuable. It is a mixer smart contract designed to bring slightly more privacy to existing Ethereum wallets, yet without any central party involved. Until Ethereum gets its own set of privacy tools, this DApp may certainly appeal to some users.

Building a decentralized and distributed version of Monopoly will not be all that easy. CryptoCountries is an interactive game which lets anyone buy and own countries in the form of smart contracts. It is a bit of a silly concept to most people, but it shows how smart contract technology can be used in a completely different manner.

If there is one thing CryptoKitties has shown the world, it is that blockchain-based collectibles seem to work just fine when enough people show an interest in them. Axie Infinity lets users collect, raise and battle fantasy creatures. While it remains to be seen if there is a market for another blockchain collectibles project, the opportunity to experiment exists.

Although Decentraland has been around for some time now, the venture is a virtual world powered by the Ethereum blockchain. It makes it possible to create, experience, and monetize all kinds of content, which is rather intriguing.

Hardly anyone can imagine a world in which emojis do not exist. Whether one loves them or hates them, CryptoEmojis is a game which lets users own and trade their favorite emojis on the Ethereum blockchain. It’s a niche market at best, yet another remarkable idea.

Decentralizing social media is an interesting concept, albeit one that will be difficult to pull off. Indeed, social media may not even be relevant ten years from now. Assuming the opposite is the case, Ribbit will provide a decentralized social media web application.

Although it may sound like something else entirely, Documentary is a way of publishing documents on the Ethereum blockchain. More importantly, it is free to use and only charges transaction fees for using the service, which is only to be expected.

In this era of video games, it is good to see some Ethereum DApps focus on this business model as well. Ether Dungeon lets players collect heroes, upgrade equipment, and explore dungeons with a strong focus on multiplayer support and strategy. With a bit more polish, it has the potential to become a hidden gem.

A decentralized hedge fund sounds like a problem waiting to happen, yet Numerai may highlight the potential of this approach. Although it is live as of right now, it has not undergone many updates over the past year. The concept certainly has a lot of merit, though.

Decentralized and distributed exchanges are definitely the future of cryptocurrencies in multiple ways. IDEX is a decentralized exchange mainly focused on ERC20 tokens and has gained significant traction since its launch in February of 2017.