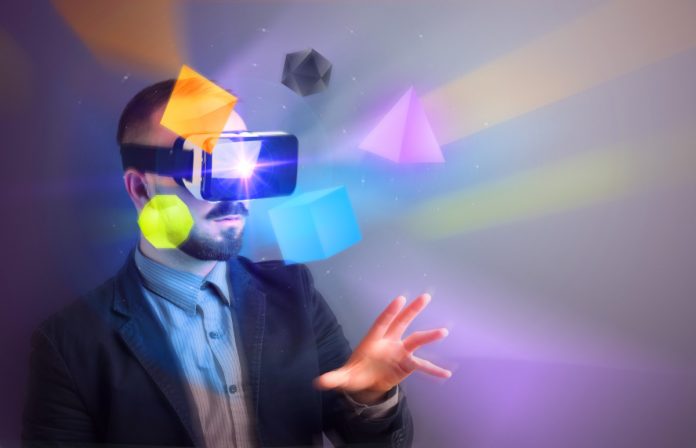 Even with the crypto winter pushing most markets down, Metaverse coins continue to see significant price gains, with some gaining over 1000% today alone! There’s no shortage of underrated projects with great long-term potential with the amount of Metaverse crypto coins on the market. This article looks at our list of top ten Metaverse crypto coins below $1 to watch in 2022, ordered by unit price, lowest to highest.

Launched in July 2021, Starlink features the STARL Universe, a blockchain-based virtual Metaverse enabling users to explore, play, trade, and socialize with other players.

What separates Starlink’s Metaverse from the others is its focus on being a genuinely decentralized Metaverse. According to STARL’s whitepaper:

“The STARL Metaverse is currently the only truly
decentralized metaverse project and it is seeking to merge the concept of the metaverse with a cryptocurrency-based economy.”

STARL will be used as the native currency on the platform for users to interact with the Metaverse, including interactions with virtual concerts, clubs, media, education, entertainment, and more.

You can purchase STARL on Uniswap, OKEx, MEXC, LBank, Gate.io, and more.

Launched in August 2021, Radio Caca is Maye Musk’s exclusive NFT manager. RACA is the native token for the Universal Metaverse.

The USM metaverse is a 3D planet world where users can own lands, build stores on their properties, and play or create various games.

Radio Caca is also a decentralized organization (DAO) operated by internet-native individuals all over the globe.

You can purchase RACA on Poloniex, Gate.io, PancakeSwap, MEXC, and more.

Users can create an account with their email and start receiving VRA tokens by watching videos on Verasity.tv. Rewards are distributed instantly, and users can transfer their VRA tokens to their wallets right away. Keep in mind that Verasity’s rewards program currently has a limit of 5 VRA per day.

You can purchase VRA on KuCoin, Bittrex, Uniswap, and more.

Launched in April 2019, IoTeX is a scalable and privacy-centric blockchain infrastructure for the Internet of Things. IOTX is the native token to the IoTeX blockchain, which powers the network.

IoTeX features the IoPay Web3.0 wallet available on Android and iOS devices. IoPay is the gateway to the IoTeX ecosystem that anyone can easily access.

The IoTeX ecosystem includes exchanges, wallets, and other unique Metaverse projects. One of my personal favorites is StarCrazy – a blockchain-based play-to-earn Metaverse NFT game allowing users to earn GFT tokens.

Launched in June 2021, Metahero is building a next-generation Metaverse that allows users to scan themselves and other real-world objects to create perfect copies of them in the digital world.

To achieve this, Metahero has partnered with Wolf Digital World (WDW), the inventors of 16k 3D modeling technology used by CD Projekt, the team behind Cyberpunk 2077.

HERO tokens are BEP-20 tokens hosted on the Binance Smart Chain and are used as the native currency for the Metahero ecosystem.

You can purchase HERO on KuCoin, PancakeSwap, Gate.io, LBank, and more.

Launched in the first half of 2021, The most popular game on the WAX blockchain and one of the most underrated crypto games on the market is Alien Worlds. It’s a play-to-earn blockchain-based NFT game that allows users to mine Trillium.

Players can choose a planet to mine and earn TLM by mining with their tools. New players are given a free shovel to begin with, but it has minimal mining power. Users can purchase better mining tools for higher earning potential. Players can use up to three mining instruments and combine them for optimal strength.

Players can travel to various planets, all separate Decentralized Autonomous Organizations (DAOs). These DAOs receive daily Trillium through the smart contracts, and players can also receive a portion of the TLM if they are a part of that planet’s DAO.

You can purchase TLM on Binance, KuCoin, Bittrex, PancakeSwap, and more.

Initially launching in 2017, WAX stands for The Worldwide Asset eXchange™. It’s dubbed the world’s most eco-friendly blockchain for gaming and NFTs. WAXP is the native token on the WAX blockchain, and it’s used as the currency on the platform.

Along with dozens of dApp games that users can play, WAX allows you to buy, sell, and trade NFTs on their marketplace. WAX also hosts dozens of popular play-to-earn Metaverse games, some of which include Alien Worlds, Farming Tales, Prospectors, R-Planet, and more.

Compared to other blockchains, WAX’s main advantage is that users don’t have to pay gas fees. Instead, users stake their WAX for CPU, NET, and RAM power, facilitating transactions on the blockchain.

You can purchase WAXP on Binance, KuCoin, Bittrex, Crypto.com, and more.

Launched in 2018, CEEK VR is looking to become the future of music streaming and publishing. It includes a patented VR headset currently available at major retailers like Target and BestBuy. CEEK is the native ERC-20 token to the CEEK VR platform.

You can purchase CEEK on MEXC, PancakeSwap, Bancor Network, ProBitGlobal, and more.

Launched in May 2019, Chromia is a Metaverse platform that makes it easy to build decentralized applications in the real world. It features a unique infrastructure that plays well with Ethereum and enables developers to code applications faster.

Several successful games are built on Chromia, including My Neighbor Alice, a play-to-earn blockchain-based game with a market cap of $372 million. In addition, Chromia also features Mines of Dalarnia, which has a market cap of $252 million.

You can purchase Chromia on Binance, KuCoin, FTX, Poloniex, PancakeSwap, Crypto.com, and more.

Launched in August 2021, Efinity is a Metaverse blockchain built on Polkadot and developed by the Enjin team. EFI is the first paratoken on the Efinity network.

If you aren’t familiar with the Paratoken Standard, it’s similar to the ERC-20 or BEP-20 token standards but allows for cross-chain support. In other words, the new token standard enables users to bring tokens from other platforms and express them as paratokens on a parachain like Efinity.

Enjin Coin is the team behind Efinity and is known to be one of the leaders in the NFT space. Launched in 2009, Enjin is one of the longest-running projects on the market.