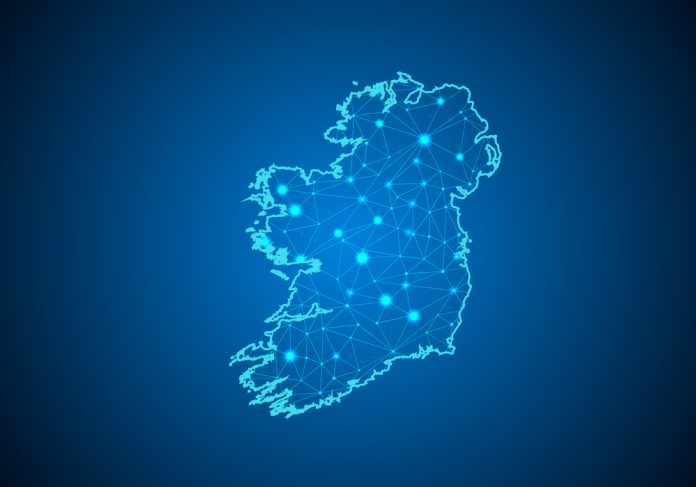 Most people associate high tech with Silicon Valley, Tokyo, or New York. It isn’t often that our thoughts turn to Dublin as a magnet for bleeding-edge technology. Yet with nine out of ten of the top global software companies and the likes of Google, LinkedIn, Facebook, and Twitter having their European headquarters here, the Emerald Isle is fast becoming a key player in this space.

What is it about Ireland that’s attracting so many technology companies to its shores? Keith Fingleton, CIO of IDA Ireland (the government agency responsible for attracting foreign investment to the country), has seen a lot of change over the years. While Ireland has always had a solid financial services sector, he believes that the technology side of financial services is growing in importance.

“If you look to where jobs are being created in the financial services sector, they are now very much technology jobs, as opposed to traditional financial jobs,” he observes. “That’s an indication about where that industry is going.”

With a plethora of fintech firms expanding into Ireland, including innovative startups like Kabbage and Stripe, as well as major blockchain players like ConsenSys, what does Ireland have to offer that other places do not?

With a rock-solid financial services sector, Ireland is particularly appealing to fintech companies. And the government is working hard to make sure it stays that way, with some pretty enticing tax breaks and incentives. Ireland has the lowest corporate tax rate in Western Europe right now, at just 12.5 percent. It’s also committed to fostering innovation.

“We reward companies working on innovation, and there’s a 25 percent tax rebate for qualifying innovative activity,” Fingleton explains. “That is both above the line and below the line. So, in other words, if you’re making a profit here, that will reduce your tax bill, but if you’re just a cost center, that will be a check in the post.”

In 2017, Ireland was ranked the sixth most competitive place in the world to do business by the IMD (Institute for Management Development) and 14th for quality of talent. The Irish approach to talent is multi-pronged and pragmatic, both fostering the country’s domestic pipeline and welcoming in qualified foreign workers.

They’re also dedicated to nurturing talent at a grassroots level. Not only by focusing efforts in the university sector and producing world-class research, but by reaching children in schools at a young age.

This is particularly important when it comes to encouraging girls to become programmers. Showing them that it’s about much more than sitting at a keyboard punching out code – and that it doesn’t have to be a male-dominated industry.

Says Fingleton, “We’re taking nine-year-olds and putting them in a very fun environment, giving them the basics of what programming is… We consider that to be vitally important… You need to reach them early on.”

In fact, the now world-famous CoderDojo initiative to teach programming languages to youngsters was started in Ireland. And there are plenty of programs and conversion courses for people from traditional disciplines, like mathematics and physics, who want to cross over into tech.

The Irish government’s doors are reassuringly open to foreign talent, so there is no shortage when it comes to filling posts in emerging roles in fields like blockchain and AI.

“We’re seeing, because of the global shortage of technical talent, that people are coming from outside of Europe now to Ireland,” Fingleton says. “And if you are an IDA client, we make the process very easy to get non-EU technical talent to work for your company. We have a fast-track program so that companies can work with the talent they want.”

In addition to the first-class talent and attractive economic incentives, Ireland makes doing business easy with a fintech and blockchain ecosystem that’s unrivaled in most parts. “In Ireland, when companies come here, especially American multinationals, they’re always blown away by how easy it is to make these linkages,” Fingleton says.

“In an afternoon, you can meet a research center, you can talk to an interesting startup, and you can go to a meetup in the evening. All parts of the ecosystem I would argue are strong here.”

Seconding that sentiment is newly-appointed Managing Director of ConsenSys Ireland, Lory Kehoe. He says, “It’s a pretty friendly country; it’s a pretty safe country. There is a blockchain ecosystem here in Ireland, and ConsenSys is looking to build on that and contribute to that.”

He continues, “So if we look at the likes of the EMEA headquarters for Google, LinkedIn, Facebook, Dropbox, Airbnb, Twitter… North of 15,000 people are employed by those companies here. Initially, those companies would have come to Ireland for tax purposes, but now they’ve been here for 15 years.”

1. A Long-Term Commitment to Tech

Ireland is clearly demonstrating its position as a long-term believer in blockchain and other emerging technologies. It’s a country that’s also primed to take advantage of topical circumstances, such as Brexit, as the only other English-speaking country in the EU. With a similar culture, legal system (and inclement weather), Ireland makes sense for foreign firms looking for stability and familiarity.

“We’re actually working with the government,” says Kehoe. “Specifically, we’re focusing on talent development for short, medium, and long-term programs. This way, we can bridge any skills gaps that are there, and also really focus on the fact that we think blockchain is a big deal, not just for ConsenSys but for Ireland, full stop. We need to have everybody primed.”

While many of the major world powers are dragging their heels over blockchain tech, Ireland is quietly confident. With the infrastructure, investment, and long-term commitment, it’s not surprising that its efforts are paying off.