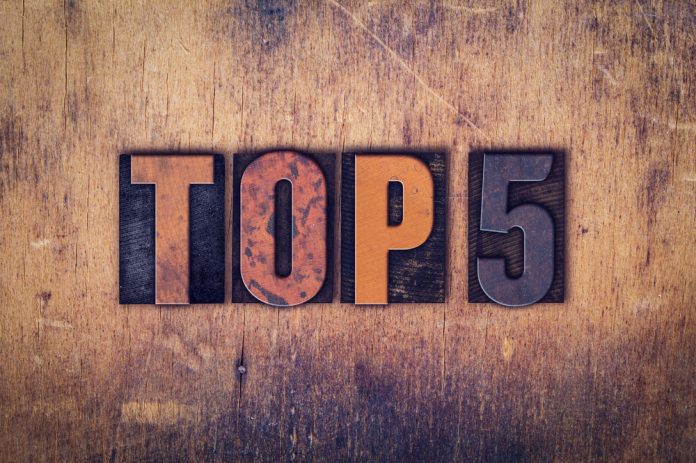 A major argument in favor of blockchain technology is the role it will play in disrupting and revolutionizing major industries worldwide, as cryptocurrencies can be used to facilitate transactions and communications in new and empowering ways. While the possibilities of tomorrow are exciting, the utilization of this emerging tech on industries today is similarly significant. Here are five industries already seeing a positive impact through their use of crypto.

While members of the cryptocurrency community have earned a controversial reputation for hoarding their newfound wealth by evading taxes and exploiting loopholes, some initiatives within the space have proved that many members of the community are actually quite charitable. The Pineapple Fund, which donated US$55 million to numerous charities in late 2017, is perhaps the most prolific example. Additionally, cryptocurrency donations are seeing increasing usage in response to disasters and crises.

Other charity initiatives have involved the use of mining for charity. UNICEF tinkered with an Ethereum miner, and donors could engage with a mining client that would send ETH to UNICEF. Other mining clients, such as GNation’s GShare one-click mining ecosystem, are also working to incorporate ways for users to donate a portion of their mining outputs to various charities.

The marriage of the virtual jobs marketplace and cryptocurrency just makes sense. The nature of virtual work prior to cryptocurrency made small freelance contracts and microtask work nearly impossible to agree upon, as there were many insecurities and inefficiencies that would often negate these types of work agreements.

However, with cryptocurrency’s simple cross-border, anonymous payment capabilities, community trust networks, and smart contract escrow, online work in any capacity is possible at any scale. The bounty hunting niche, where users earn significant wages by completing microtasks for numerous entities, was essentially born through the proliferation of cryptocurrency.

For better or worse, cryptocurrency plays a role in black market transactions. While most cryptocurrencies, such as Bitcoin, are arguably worse than fiat due to the transparent, immutable nature of its transactions, privacy coins such as Monero are far-and-away the most secure option for sellers and buyers. With Monero, addresses, transactions, blocks, and so on are opaque. It’s not possible to see the balances or activities of any wallet in the Monero network.

However, black market activity extends beyond the drugs and weapons that typically come to mind when speaking on the subject. Cryptocurrency use in black markets are actually more prominent in economies such as Venezuela, where cryptocurrency sees significant use as a method of transacting outside of the nation’s failing currency and beyond the scope of the oppressive regime, oftentimes providing opportunities such as food security not normally possible through regulated markets.

Although cryptocurrency was first introduced through Bitcoin as a tool to arm global citizens against banks and financial institutions, these same enemies of crypto have been major adopters. Of course, with the nature of the finance industry in mind, this doesn’t seem too far-fetched. Institutions that perform record keeping and transact on blockchain networks, rather than in central databases, can save exponentially on energy costs.

For example, participants in Ripple’s RippleNet can see savings of up to 97% on cross-border payments. Firms in the industry that choose to not even explore blockchain are essentially shooting themselves in the foot. However, industry leaders, such as JP Morgan, Bank of America, and Mastercard have all taken increasingly proactive roles in cryptocurrency, which suggests that moving forward we will see more and more blockchain adoption by these firms.

E-commerce is the first and arguably most prolific use case for cryptocurrency. Since the early days of Bitcoin, cryptocurrency has enabled individuals to engage in e-commerce through avenues that were previously impossible, like micropayments for things such as online accounts and subscriptions, game currencies, software keys, and more.

As cryptocurrency has grown, so has its adoption in e-commerce. Numerous major e-commerce businesses, such as Overstock, WordPress, and Newegg have accepted Bitcoin and other cryptocurrencies for many years. Nowadays, cryptocurrency can be used to purchase anything online. Even E-commerce gargantuan Amazon has been experimenting with blockchain since at least 2014.