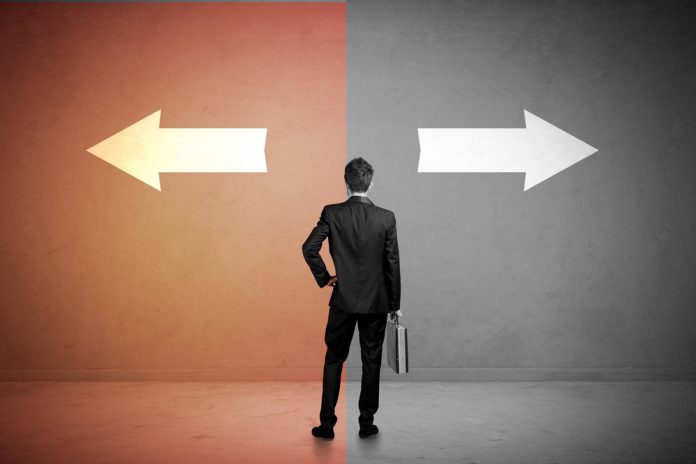 From “the Fourth Industrial Revolution” to “Internet 2.0”, crypto bulls are calling for a future where betting on blockchain will pay off massively. From small businesses worldwide to numerous Fortune 500s, numerous individuals and enterprises are beginning to place their bets.

However, many others have scoffed at blockchain, calling it a fad and a bubble. If the bulls prove right, these skeptics are going to look back at what has perhaps been the worst decision of their careers. To see just how bad of a mistake, let’s take a look at eight of the worst decisions businesses have made up until now:

Steven Spielberg’s ET was a blockbuster hit that took America by storm, winning numerous awards and becoming an instant classic. For whatever reason, Mars didn’t expect such a reception. When given an opportunity to place candy in the movie, the company declined.

Reece’s Pieces, however, was not such a stranger to the friendly alien. The company agreed to pay US$1 million for product placement in the movie, which translated into $20 million worth of exposure. Tough luck!

When the Beatles were looking for a producer, Decca Records had no interest. Dick Rowe of Decca claimed that “guitar bands are on their way out”, and didn’t see much value in giving the Beatles a shot.

The Beatles signed with Parlophone instead, granting the record label with around 200 million combined sales of albums and singles as they entrenched their position as the greatest band of their time.

#6 Motorola not smart with their phones

Motorola’s Razr mobile phone led cellular markets with a market share of 22% in 2006. Sticking by their success, Motorola decided not to pursue the up-and-coming smart phone trend.

#5 Digging their own grave

In 2010, at the height of its popularity, Digg received an offer by Google of US$200 million for the then-popular social media site. Almost immediately after, a mass migration took place from Digg to a little known site called Reddit.

Just two years later, Digg lost much of their traction and the market as a whole. The company sold to Betaworks for $500k, just .25% of what had been offered two years prior.

#4 A Blockbuster no more

90s kid staple and worldwide movie and video game rental store Blockbuster was the most iconic victim of the mass migration to Netflix streaming services. Now just a fond memory, Blockbuster’s demise can be attributed to their rejection of a Netflix absorption.

For US$50 million, Blockbuster could have taken in the movie and TV streaming startup. Since saying no, Netflix has tripled to a valuation of over $150 million. Blockbuster, unfortunately, withered to nothing.

In 2008, the Yahoo search engine and website made major headlines with a buyout request from Microsoft for a whopping US$45 billion. The dotcom giant declined, and has endured a steady decline since.

Eight years later, Verizon bought out the core Yahoo businesses for just $4.8 billion. Thus ended a major decline since the pop of the dotcom bubble, a period in which Yahoo squandered tens of billions with failed decisions, and also passed on opportunities to purchase both Microsoft and Google.

#2 EDS: the trillion dollar company that never was

Electronic Data Systems (EDS) passed on an opportunity to purchase Microsoft in 1979. US$50 million, in their minds, was way more than a computer company could be worth.

Big mistake, EDS. Microsoft is now valued at $753 billion. Such a buyout would have netted a return on investment even greater than Bitcoin early adopters and angel investors have seen.

#1 Not Excited about Google

Excite, the internet portal you’ve never heard of, had an opportunity to buy Google for just US$750k in 1999. For a price equal to about 5 of the rarest Crypto Kitties, Excite could have bought out the conglomerate that controls every aspect of our lives.

Google is now worth $367 billion, which would have translated to gains of almost 500,000x. To be fair, though, Google sounds a lot better than Excite, so who knows if it would have worked out that way.

Check out this infographic by betway that shows the worst business decisions ever made:

This article was done with the help of our sponsor betway casino.