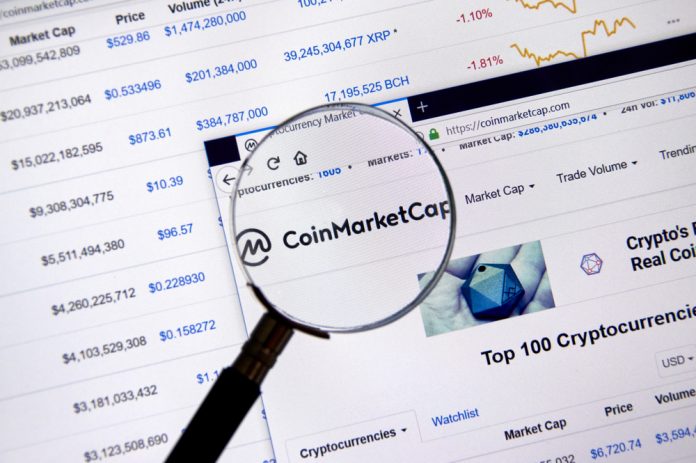 In recent months, crypto exchanges have adopted new business models as they strive to stay ahead of their peers and bring in more users. One of these is the trans-fee mining model, which rewards users with a native exchange token for every ETH or BTC in charges they incur on the platform. This model took the world by storm when Singaporean exchange CoinBene used it to overtake Binance and become the biggest crypto exchange last month. This is one of the reasons that crypto indexing site CoinMarketCap gave for its new approach that will see the site become more inclusive and add more metrics such as 7-day trading volume.

There were three emerging issues that led the site to rethink its policies, the first being the relatively new trans-fee mining model. This model, which was introduced by Chinese crypto exchange FCoin, has caught on despite condemnation from some industry leaders such as Binance founder Changpeng Zhao. It involves the rewarding of users with a native token which acts as an incentive for them to trade more. Some of the exchanges that have embraced it include CoinBene and the Hong Kong-based Bit-Z, all of which saw a tremendous increase in their trading volumes as a result. According to a blog post on CoinMarketCap, this method may lead to back-and-forth trading and automated trading through the use of bots, all of which could significantly affect its ranking system.

With increased competition among exchanges, some exchanges have been forced to charge extremely low fees to stay relevant and competitive. These fees sometimes fluctuate to reflect the market activity and are in most cases tiered by account type, with the big volume traders getting better rates. This model will be scrutinized by the indexing site moving forward.

There are currently over 1,500 cryptos, making competition for listing fierce. This has led some crypto projects to employ devious and dishonest means to ensure their trading volumes justify their listing. These methods include artificial volume, which is created by the projects themselves, and wash trading, in which traders place orders and then purchase them to give the false impression of a robust market. CMC will closely monitor for such activities to ensure that the data presented to its users is accurate and hasn’t been manipulated.

One of the changes implemented is the removal of a minimum volume requirement for exchanges. Previously used to filter out the smaller exchanges and make the rankings more relevant, the requirement was dropped on Monday, July 16, according to the site. CMC also reiterated its dedication to thorough research and background checks for exchanges to ensure that fraudulent exchanges are not listed.

CMC will also add to its toggles, which allow its users to filter for the data that’s most relevant to them. Users will now be able to search for the exchanges they have accounts with, those that trade specific coins, and those that use certain business models such as the trans-fee mining model. It will also introduce new metrics such as 7 and 30-day volume as well as exchange establishment dates, allowing its users to assess a given exchange’s consistency.